Christ is born for us!  Glorify Him!

All over the world, the members of the Church Militant join with the Church Triumphant to hail the New-born King of the Universe. In the words of the ancient Latin hymn:

Contrary to the liberation theologians and the Catholic champions of a merely humanitarian Gospel, Our Lord Jesus Christ did not come to Earth as a Revolutionary, but as a RESTORER—to restore all things in Himself, “things in Heaven and things on Earth” (Ephesians 1:10).  As the Infant King of Angels and of men, Our Lord Jesus Christ came to restore the monarchy that He created in the beginning.  In this newsletter, we will reflect on the divine institution of monarchy and its relevance to the theology of creation; then I will announce a new video project that will hopefully bring to life the beauty of the original creation and the hideous absurdity of theistic evolution. 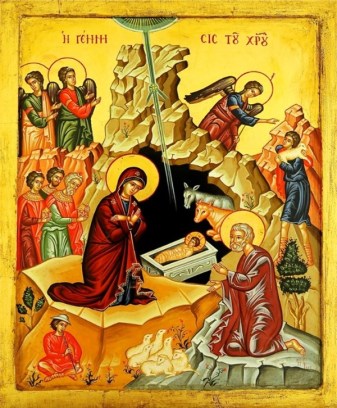 The all but total abandonment of the fundamental distinction between the order of creation and providence in today’s Catholic intellectual discourse lies at the root of the crisis of faith and morals afflicting the faithful today.  The “new orthodoxy” of theistic evolution rests on the false Enlightenment assumption that the same material processes operating in the world today have been operating in more or less the same way since the beginning of the cosmos and that natural scientists can legitimately extrapolate from their observations of the natural world to explain the origins of man and the universe.  No Father or Doctor of the Church would have entertained this idea for a moment, because God’s Revelation in  Genesis as understood in the Church from the beginning clearly stated that the entire work of creation was supernatural, that it was finished with the creation of Adam and Eve, and that the natural order of Providence did not begin until the entire work of creation was finished and God “rested” from His creative work.

This forgotten doctrine held such a central place in the thought of the Fathers and Doctors of the Church that St. Thomas Aquinas draws upon it in relation to a subject that most contemporary thinkers would consider far removed from the theology of creation—namely, the ideal of monarchical government.  In his work known as On Kingship, the Angelic Doctor writes:

Looking at the world as a whole, there are two works of God to be considered: the first is creation; the second, God’s government of the things created.  These two works are, in like manner, performed by the soul in the body since, first, by virtue of the soul the body is formed, and then the latter is governed and moved by the soul.

Having established that God instituted a monarchy with Adam as king in the beginning of creation, the Angelic Doctor goes on to show that the work of a Christian monarch can be best understood in relation to the work of Divine Creation and Divine Providence.  He writes:

Now, from the example of the creation of the world one may learn how a kingdom is established. In creation we may consider, first, the production of things; secondly, the orderly distinction of the parts of the world.  Further, we observe that different species of thing are distributed in different parts of the world: stars in the heavens, fowls in the air, fishes in the water, and animals on land. We notice further that, for each species, the things it needs are abundantly provided by the Divine Power. Moses has minutely and carefully set forth this plan of how the world was made.  First of all, he sets forth the production of things in these words: “In the beginning God create the heavens and the earth.” Next, he declares that all things were distinguished from one another by God according to a suitable order: day from night, higher things from lower, the sea from dry land.  He next relates that the sky was adorned with luminaries, the air with birds, the sea with fishes, the earth with animals; finally, dominion over the earth and animals was given to men.  He further states that, by Divine Providence, plants were made for the use of men and the other animals.  (p. 56)

Just as we know—in contradiction to the theistic evolutionists and progressive creationists—that God does not create new kinds of creatures within the order of Providence, so St. Thomas observes that:

The founder of a city and kingdom cannot produce anew men, places in which to dwell, and the other necessities of life.  He has to make use of those which already exist in nature.

According to St. Thomas, the work of the king corresponds to the work of God in the order of providence, which is not the work of creating new things, but of guiding the kingdom of things created to its final perfection.  He holds that the king is to be:

In the kingdom what the soul is to the body and what God is in the world.  If he reflect seriously upon this, a zeal for justice will be enkindled in him when he contemplates that he has been appointed to this position in the place of God, to exercise judgment in his kingdom; further, he will acquire the gentleness of clemency and mildness when he considers as his own members those individuals who are subject to his rule. 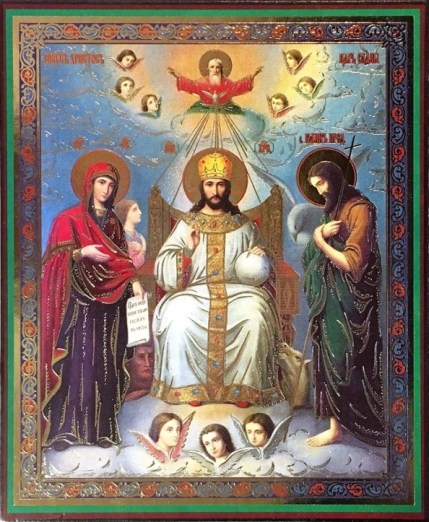 Those who hold positions of authority in the Church and in the world as Bishops, pastors, religious superiors, or heads of families would profit greatly from this kind of meditation.  Indeed, the Fall of Adam occurred precisely because he temporarily forgot his kingly role and failed to correct Eve when she violated the commandment that she had received from God through her husband—whom God had placed in the role of priest and king in relation to her and to the whole human family.

To renew the faith of all Catholics—especially young Catholics—in the literal historical truth of God’s account of the creation and fall of our first king, Adam, our webmaster Keith Jones and professional graphic artist and animator Wally Faucheux have embarked on a new video entitled “Adam’s Nightmare” which will bring to life for young and old the beauty of the original creation and the absurdity of the diabolical deception of theistic evolution.  Please go to this link to watch the trailer for “Adam’s Nightmare,” pray for this project, and, if possible, make a donation to advance the successful completion of this video, for the glory of God and for the good of all souls.

Through the prayers of the Mother of God, the Queen of the Universe, may all Catholics strive to make Our Lord Jesus Christ known, adored and loved, as King of all creation, King of all hearts, and King of all nations!

P.S. We are happy to announce the publication of a new textbook by Pamela Acker and colleagues entitled Biology: A Traditional Catholic Perspective. This textbook is a Christmas gift to countless Catholic families who have long been hoping and praying for a textbook that gives a comprehensive treatment of biology in harmony with Catholic doctrine in faith and morals. In the words of veteran biology teacher, Daylight Origins Magazine editor, and internationally renowned defender of the traditional Catholic doctrine of creation, Anthony Nevard, “In my opinion, any student who absorbs the material in this book will be really well informed on the subject in preparation for higher studies, and for the challenges of life as an educated citizen and Catholic parent. I could see this being the definitive text for Catholic home schoolers and as a back-up and counterbalance at home for biology students subjected to secular courses in public schools.”