In our article "The Difference It Makes," we argue that belief in theistic evolution not only makes the beginning of the world recede into an unimaginably distant past, but also makes the Second Coming and the end of the world recede into an unimaginably distant future. Worse still, by conceiving of the Noahic Flood as a local flood, the theistic evolutionist loses his sense of God's intimate involvement with mankind, His sovereign authority over the world, and His commitment to judge the world when it reaches a certain level of corruption.

In an article just posted on the Kolbe website, "Eschatology: A Guide to the Future Restoration of All Things in Christ," we show that a right understanding of the beginning of the world goes hand in hand with a right understanding of the future - especially the way in which the future era of peace prophesied by Our Lady of Fatima will witness a partial restoration of the Earth back to the original harmony of the first-created world. To that end, we examine a continuous thread of credible Catholic prophecy dating back to the patristic era that has predicted with remarkable accuracy the current crisis of faith, its climax, and its resolution during an era of peace that will precede the advent of Antichrist and the final stage of human history.

During many centuries of Christian monarchical governments in Europe, these prophetic voices foretold the advent of an era of secular republican regimes, a grave crisis of faith within the membership of the Roman Catholic Church, followed by a resolution of the crisis by divine intervention and the reestablishment of a Christian culture throughout much of the world. During a universal era of peace under the spiritual leadership of a pope of extraordinary holiness, these prophetic voices also predict an unprecedented flowering of holiness that will begin during the crisis of faith and reach its zenith during the era of peace.

On January 18, 2019, the annual March for Life will take place in Washington, D.C. If you are planning on attending the March for Life and would be able to arrange for me to give a talk to your group on "Fiat Creation: The Only Firm Foundation for a Culture of Life," please let me know. Also, if you would be willing to distribute our pamphlet on "Evolution and the Culture of Death," during the March, please let me know about that, too. 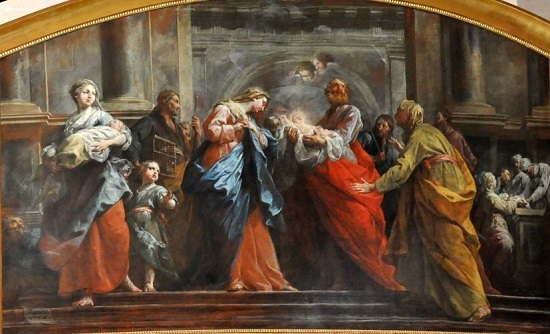 February 2, the Feast of the Presentation will mark the culmination of an extremely important spiritual initiative called "Rosary to the Interior," which is described in detail on the website at this link. I encourage all of our readers to participate in this movement.

With gratitude for your past prayers and support, and looking forward to continuing to work with you for the Kingdom of God in 2019, I am