One of the main reasons why so many Catholic young people abandon the Faith is that they see their own parents, teachers, and pastors exalt fallible human consensus natural science above the Word of God as proclaimed in His Church from the beginning.  Young people easily discern that power, fame, and fortune in this world depend upon a willingness to defer to the consensus view of the mass-media-anointed “experts” in natural science and medicine.  Thus, when their own parents, pastors and teachers defer to these same anointed experts, barring a miracle of grace, most young Catholics conclude that the doctrines of the traditional Catholic Faith that conflict with that consensus must be abandoned—hence, the mass exodus of Catholic young people out of the Church.

Parents, pastors and teachers could prevent this moral and spiritual catastrophe by demonstrating from the Sacred Tradition of the Church that the “consensus of the rich and powerful” of society has often been exposed as false by God’s spokesmen, the saints and prophets of His Church.  A great example of a “consensus-busting” saint is the Doctor of the Church St. Anthony of Padua, especially in his miraculous interventions on behalf of his father, Don Martin de Bouillon, a direct descendant of the leader of the First Crusade, Godfrey de Bouillon.  As reported by Fr. Albert Hebert in his work Raised from the Dead:

...[W]hen Anthony was a monk in Padua, there occurred what is perhaps the most astonishing miracle of his entire life.  It so happened that [in Anthony’s home city of Lisbon in Portugal] Anthony’s father, Don Martino, was unfairly implicated in a murder, and was imprisoned.  Assassins had murdered a young nobleman coming from the cathedral.  Don Martino’s home was a palace near the cathedral, and the murderers—whether by design or panic—threw the body of their victim into the garden of the palace of Don Martino.

Although Anthony was far away in Padua, Italy, by miraculous knowledge he immediately knew of the plight of his father.  He was Provincial of his Franciscan province at the time and had no need to ask, but out of humility he requested permission of the Father Guardian of the convent at Arcella to be absent for a while.  He then began the long, weary journey on foot from Padua to Lisbon, wondering if he would arrive in time to help his father. 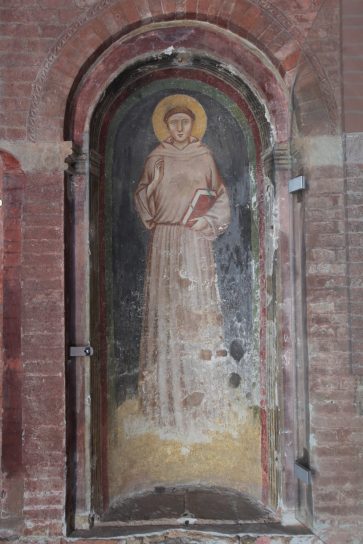 Steadied by hope, St. Anthony found himself suddenly transported to Lisbon.  He immediately entered the courts where the trial had begun and approached the judges, who were amazed to see him there.  When Anthony declared his father’s innocence, they asked for proof; Anthony replied, “The murdered man shall bear witness as to the truth of my testimony.” It would certainly take great faith and trust to venture such a statement, but Anthony confidently led the way to the victim’s grave. The judges and an expectant crowd followed.

At the burial site Andrew commanded the grave to be opened and the body uncovered.  He then commanded the dead man, in the Name of God, to declare whether or not Martino de Bouillon was his murderer.  All gaped as the dead man, in his grave clothes, rose to a sitting position, and rested himself upon one hand.  With the other hand raised to Heaven and to God (as one swearing at court), the resuscitated man declared in a loud voice that Martino de Bouillon was innocent.

Then the revived man turned to Anthony and asked absolution for an excommunication he was under.  Anthony obliged, and the man sank back into his coffin, a corpse once more.

The judges, caught in an astonishing situation, asked Anthony who, then, was the guilty party or parties.  Anthony replied, as more than one saint has done in a similar case, “I come to clear the innocent, not to denounce the guilty.”

When Anthony arrived back in Padua, he had been absent only two nights and a single day. 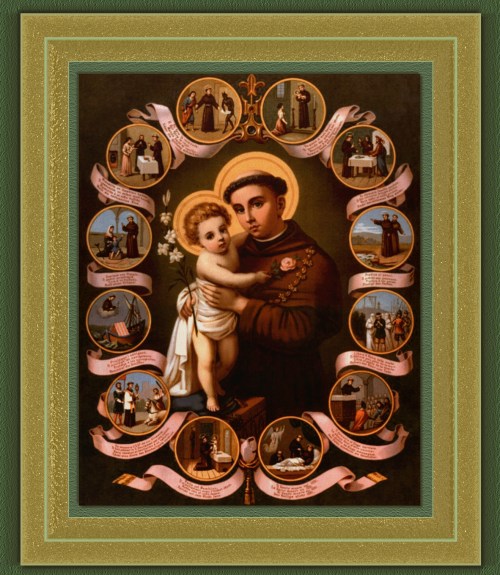 On another occasion, when Anthony’s father had neglected to get a receipt for a large sum of money belonging to the royal exchequer, the recipients, in a plot to ruin him, denied having received it.  Anthony suddenly appeared at his father’s side.  He described every detail of the transaction, even to the type of coins involved.  He demanded and was given a full receipt for his father.  Then he disappeared, terminating the bilocation. (Fr. Albert Hebert, S.M., Raised from the Dead (TAN: Rockford, IL,1986), pp. 73-74).

Imagine how rich and powerful those men and women must have been who conspired to ruin St. Anthony’s father!  Think of all of the others who probably knew about their wicked plans but who said nothing out of human respect or from fear for their lives.  Yet all the while God who knows all things knew every detail of the actual transaction, and revealed to his servant St. Anthony the very coins that his father had used to repay his debt to the crown.

It is no different today.

God knows exactly how many legal and illegal ballots were cast this year, in every local and state election in the United States of America, and in our presidential election as well.  He knows exactly who falsified, destroyed, or otherwise tampered with ballots and how those same criminals attempted to cover-up their crimes.  The difference between the case of St. Anthony’s father and our own is that, sadly, we may have no saint of the stature of St. Anthony to whom God might give a mandate to expose the evil-doers and vindicate the righteous.  Yet we know that the mandate to expose them has already been given to Our Lord Jesus Christ Himself and that He will exercise it on the Last Day, at the Final Judgment—if not before!

You may be wondering, “What does all this have to do with the mission of the Kolbe Center for the Study of Creation?”

I can assure you that it has everything to do with our mission—to help restore the true Catholic doctrine of creation as the foundation of our Holy Catholic Faith.

The reason is simple.

It is the common opinion of most Catholic intellectuals today that Genesis tells us nothing definite about when, how, and over what period of time God created which kinds of creatures.  Indeed, we often hear learned Catholics say that Genesis merely tells us that God created the world—full stop!

But it would be as absurd to say that “God doesn’t know how long it took Him to create the world, and what He created at which point during the creation period,” as it would be to say that He doesn’t know whether St. Anthony’s father paid his debt to the crown and what coins he used when he did so.  In both cases, the whole past was present to God then, just as it is all present to Him now.  Just as He could (and did) reveal to St. Anthony the precise number and type of coins that his father used to discharge his debt, so He could (and did) reveal to Moses, and through him, to the Church, the precise number of days in which He created the universe by speaking into existence “the heavens and the earth, the seas and all they contain.”

That is why St. Anthony joined all of the Doctors of the Church save one—whose faulty reasons for believing in an instantaneous rather than a six-day creation are fully explained at this link —in proclaiming that God created the world in six 24-hour days and rested from all the work of creation on the seventh 24-hour day.  (See St. Anthony’s sermon for Septuagesima Sunday where he teaches that God “created six days, resting on the seventh.”) And just as the crimes of the rich and powerful criminals of the Portuguese court were exposed by Almighty God through His servant St. Anthony, so will all the crimes of the rich and powerful criminals within our political and economic elites be exposed by the Just Judge at the Final Judgment at the end of the world—if not before! 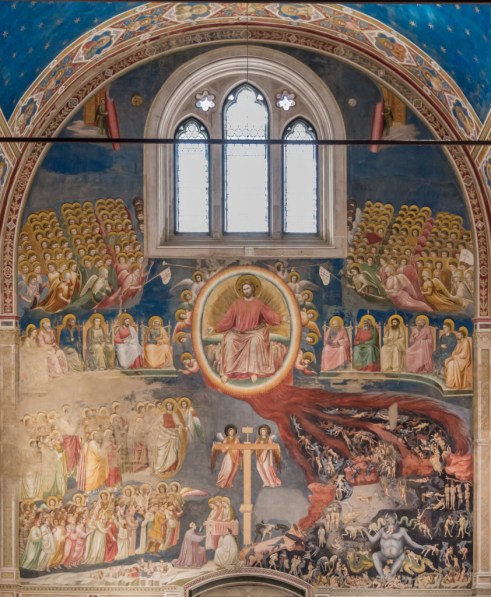 So, let us stop pretending that it is sophisticated to believe that Genesis does not teach what Genesis clearly does!  Let us, rather, resolve to take God at His Word, as did St. Anthony and all of the Fathers and Doctors of the Church.  When enough of us make and keep that resolution and repent of our idolatrous exaltation of fallible human science above the divine science of God’s Revelation, God will surely raise up great saints like Saint Anthony of Padua to expose the evildoers who are lording it over us; and He will usher in the Triumph of the Immaculate Heart of Mary and the reign of Christ the King, in the era of peace promised by Our Lady of Fatima.