Early on Wednesday morning, the Feast of the Epiphany, after attending Holy Mass, my wife and I went into Washington, D.C. to pray the Holy Rosary as we (and a dear friend from the Kolbe leadership team) circled the Capitol Building, begging God to convict, convert, cleanse, heal and sanctify us all through the prayers of the Immaculate Heart of Mary. This is the second time in the past month that we have undertaken one of these Jericho sieges of prayer, and both times what we have witnessed has confirmed the almost total collapse of true spiritual fatherhood within our Church leadership - along with the almost total loss of Catholic zeal for the Kingship of Christ in this country.

On both occasions, there should have been an army of Catholics praying the Holy Rosary behind their Bishops and priest-shepherds for the conversion of our nation and for the reign of Christ the King throughout our land. Instead, on both occasions, with our Rosaries in our hands we were like little pieces of driftwood in a swirling sea of separated brethren, full of zeal but lacking any kind of Godly order or divinely-appointed governing authority. The divinely-appointed shepherds of the one, holy, Catholic and apostolic Church - to whom the separated brethren secretly long to submit - were nowhere to be seen. With few exceptions, they have embraced an evolutionary naturalism which abolishes the distinction between the supernatural goods of the Church and the natural goods of this world, so that, for most of them, the Holy Church has become a global institution of social workers helping to build a New World Order under the governance of the United Nations where concern for Nature, first, and, secondly, for the natural life of man, eclipses the divine mandate to “make disciples of all nations” (Matthew 28:16-20), “baptizing them” and making them “sharers in the divinity of Christ” (2 Peter 1:4).

If you doubt that this is the case, please ask yourself these simple questions: “How many of our Church leaders still believe in the fundamental truth that God created this entire world for us as His Kingdom from the beginning of creation? How many acknowledge the fact that God established a monarchy for us in the beginning, with Adam established as king and Eve as Queen of the whole creation? How many believe that Our Lord Jesus Christ came to Earth to restore the Kingdom of God through His Church with Mary as Queen, not to create a Babel of discordant beliefs and practices, united in exalting the natural life of man above his supernatural life, the will of man above the Will of God?”

The time has come for those who hold fast to the Faith of our Fathers to strengthen the bonds that unite us and to insist that at least in our homes, on our farms, and in our schools and businesses, Christ will be the King and Mary the Queen of all that we do and possess. To that end our leadership team is joining forces with other traditional Catholics all over the world to establish the Christ the King Global Service Network to help traditional Catholics to provide education and other essential services to each other, including mentorship and training for serious Catholic young men in various businesses, trades and professions, so that we can pave the way for the Reign of Christ as King and Mary as Queen throughout the world. If you would be interested in learning more and in possibly being a part of the Christ the King Global Service Network, please email me at howen@shentel.net and I will contact you as soon as I can to explore the best way for you to participate in this endeavor. We are especially interested in building a database of traditional Catholics who are willing and able to mentor serious Catholic young men in a trade, profession, or other capacity that would help them to be able to support a traditional wife and family without having to subject themselves to the secular humanist higher education organized crime mafia. 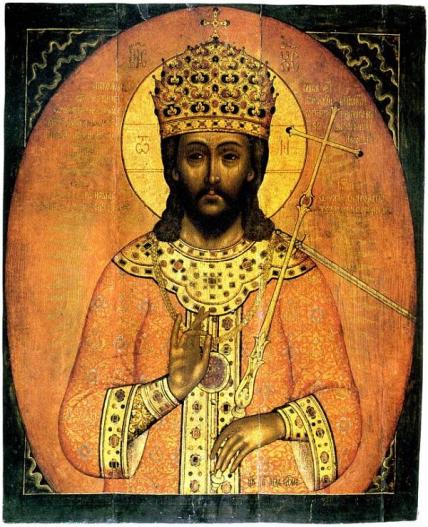 Before concluding this newsletter, I want to draw your attention to a new e-book available in the Kolbe web store by Mr. Tom McFadden who has been defending the traditional Catholic doctrine of creation and exposing the destructive effects of evolutionary indoctrination on Catholics for several decades. In the Preface to his book, Mr. McFadden explains the essential role that evolutionism has played in the erosion and destruction of the Faith of millions of Catholics:

The accelerating loss of faith by Catholic youth is reported in survey after survey. An estimated 15 million Americans have left the Catholic Church since 2000. Bishop Robert Barron, the world-famous DVD and YouTube evangelist, is Chairman of the Bishops’ Committee on Evangelization and Catechesis. At the U.S. Bishops’ Conference meeting in June 2019 he spoke of the massive apostasy of Catholic youth and cited statistics such as “half the kids we baptized and confirmed in the last 30 years are now ex-Catholics or unaffiliated.” To put that into perspective, he said that “one out of six millennials in the U.S. is now a former Catholic.” He claimed that they simply no longer believe the Church’s teachings and called that “the bitter fruit of the dumbing down of our faith” as it has been presented in catechesis and apologetics.

Today roughly 50% of American adults under 30 do not believe in Christianity’s God. Once society chooses to reject God’s existence, that society begins to hate the people of God. That has frightening social and political consequences as well as spiritual consequences as the size of that segment of the population continues to swell. What you are looking at in the videos below is not “politics.” It is Humanist rage.

Molecules-to-man evolution - the origin of man and of all living things (with or without divine assistance) through hundreds of millions of years of the same kinds of material processes going on now - is taught to most students as a scientific fact in public and Catholic schools and by the culture at-large. This book will demonstrate that this evolutionary indoctrination plays a significant role in the accelerating loss of Faith among youth.

Years ago, I became aware of the skepticism among Catholic teens while teaching CCD when they asked me “You don’t really believe in Adam and Eve, do you?” I learned from them that their unbelief in supernatural doctrines derived from the Bible was because of their belief in evolution. They realized there was a conflict between the Book of Genesis and the “science” they were taught in school; their school teachers were more effective than their religious educators and had so much more of the students’ time to make their case. At that point, nothing in my educational background or engineering career had acquainted me with the subject of evolution. When I did research on evolution, I discovered that many people believe that it is an undeniable scientific fact that our origins were in cosmic and biological evolution. Many who accept that belief likewise logically conclude that no God is necessary and that fiat creation by a loving, personal and interventionist God is unthinkable. World-famous atheist Richard Dawkins said it best: “Darwin made it possible to be an intellectually fulfilled atheist.”

I found that evolution is the basic dogma of a non-theistic religion called Humanism that considers Christianity harmful to the common good and strides to replace it. That belief and the public policies advocated by Humanists were clearly expressed in the creed-like Humanist Manifesto I of 1933 and Humanist Manifesto II of 1973. The public policies advocated by the non-theistic religion have become the anti-Christian normal at all levels of government and other Humanist-controlled institutions such as education, entertainment and news media.   The shocking, hateful post-election vitriol poured out on Trump and those who voted for him by the Humanist Left is beyond just “politics.” Consider the organized threats and harassment attacks by mobs on Administration officials taking place in public restaurants, outside their homes and other places that began in 2018. The Left’s religious rage exhibited during the “Kavanaugh Confirmation” and the Democrats refusal to accept the Mueller Report vindication indicates what to expect when the Abortion Party regains the Presidency. That’s only the beginning. It is Humanist religious rage that will end badly for us when the Party of Abortion regains the White House as it inevitably will because of the voting preferences of the rapidly growing cohorts of unbelievers. For example, Pew Research reported that in the 2018 Midterm elections in which Democrats gained control of the U.S. House of Representatives, 70% of persons who classify their religion as “none” voted for the Democratic candidate in their congressional district.

To sustain its cultural dominance the religion of Humanism requires a constant supply of practical atheists (moralistic therapeutic deists) and these it cultivates in the schools and colleges. When indoctrinated with the dogma of naturalism/evolution children are conditioned to become skeptical and often hostile to any supernatural religion and its moral values.   To save our children, our freedom and our culture I propose a plan for Catholic clergy and laity to cooperate at the parish level to refute the bogus scientism which is the cornerstone dogma of Humanism and to teach the doctrine of creation that is the foundation of the Faith.  If that plan were to be followed it would kick start the New Evangelization of which we hear where it is needed most - within our own Catholic community. In so doing I assert that Catholics will recover the outgoing confidence needed to keep our youth Catholic and become more capable of engaging our culture.

I hope that Tom’s book will motivate all of us to pray and work even harder to ensure that every young Catholic in the world has a chance to hear a good defense of the true Catholic doctrine of creation before he reaches adulthood. If we can help you to reach the young Catholics in your area with an in-person seminar, by providing you with discounted materials, or in any other way, please contact me at howen@shentel.net and let me know how we can be of service to you.
Yours in Christ through the Immaculata in union with St. Joseph,
Hugh Owen
P.S. I want to encourage all of our readers to continue to pray and sacrifice for the deliverance of our nation from the hands of God’s enemies. The absurd clamor from corrupt politicians and corporate executives for President Trump’s premature removal from office shows that they are terrified of what he can still do to frustrate their evil plans, through the legal and legitimate use of the powers that he still possesses as president.
January 9, 2021
0 7 minutes read
Share
Facebook Twitter LinkedIn Tumblr Pinterest Reddit VKontakte WhatsApp Telegram Viber Share via Email Print