While in Europe recently to give a series of seminars, a friend of mine invited me to have a videotaped discussion with a prominent Catholic pro-life medical doctor who espoused theistic evolution. As the discussion got under way, my counterpart in the discussion wasted no time in telling me that I was guilty of a "serious heresy" because my colleagues and I were contradicting the Magisterium by claiming that the literal historical interpretation of Genesis 1-11 is the only viable interpretation for Catholics. Since the doctor's accusation reflects a common misunderstanding, I would like to use this newsletter to set the record straight.

Anyone who reads the articles on our website or who attends our seminars knows that the Kolbe Center is not in the business of calling people "heretics." We defend the understanding of Genesis 1-11 that was believed and taught by all of the Fathers, Doctors, Popes and Council Fathers in their authoritative teaching from the beginning of the Church, an interpretation which holds:

That Genesis is a sacred history, not a myth or a poem

That God created all of the different kinds of creatures for mankind in the beginning of creation in view of the Incarnation and the Immaculate Conception, by fiat--not through any kind of natural process

That God created Adam's body and soul and Eve from Adam's side, perfect in body, mind and soul, in an exalted state of holiness

That human death, deformity, disease and man-harming natural disasters entered the world because of the Original Sin of Adam

That Noah's Flood was a global flood which totally destroyed the face of the Earth so that it is impossible to extrapolate from observations of the present-day Earth to understand what the Earth was like before Noah's Flood, much less what it was like in the first-created world before the Original Sin. 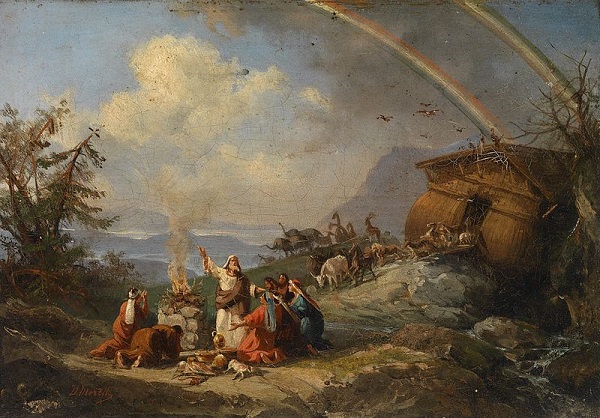 When we say that these truths are elements of the "true Catholic doctrine of creation," this does not mean that all of these points have been defined de fide by the Magisterium--although some have been taught at a very high level of authority.  It means that these are truths that all of the Fathers and Doctors of the Church believed and taught, including St. Thomas, truths that are rooted in the literal historical truth of the sacred history of Genesis, and that the burden of proof remains on those who question any of these truths, and not on those of us who defend them.  This was certainly the position of the Pontifical Biblical Commission (PBC) when it was an arm of the Magisterium because the 1909 decrees take pains to insist--with St. Augustine and all the Fathers--that the proper sense of the text of Genesis should be the default interpretation for Catholics and that even an improper interpretation of "day" in Genesis One must be made with "the Church AND the Fathers leading the way" and in harmony with these three facts: "the creation of all things by God at the beginning of time"; "the special creation" of Adam; and the formation of Eve from Adam's side.

Our focus is on what the Fathers, Doctors, Popes and Council Fathers handed down, and we point out that the evidence from the natural sciences harmonizes perfectly well with this traditional reading of Genesis.  Perhaps most importantly we are trying to restore the reverent attitude that the Fathers and Doctors maintained toward the sacred history of Genesis, an attitude that had already largely disappeared from the theological manuals of the 20's and 30's, an attitude of reverent awe before the sacred history of Genesis and an insistence that the literal historical truth of everything in Genesis 1-11 must be upheld unless "reason dictates or necessity requires," rather than the attitude, already apparent in Ludwig Ott's manual, among others, that the literal historical truth of Genesis 1-11 should be believed only if the consensus view in natural science confirms that reading of Genesis. 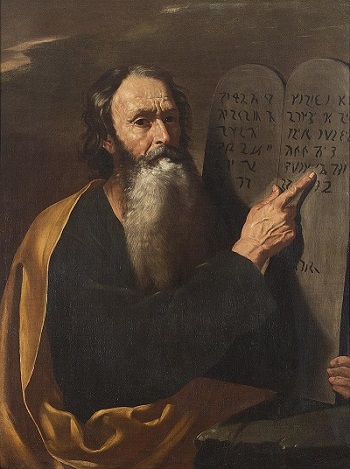 We show that all of the Church Fathers and Doctors, liturgical traditions, and relevant papal and conciliar decrees from the beginning of the Church teach the truths conveyed by the literal and obvious sense of the sacred history of Genesis in the inerrant Word of God; and we claim that these truths are not compatible with theistic evolution or progressive creation. We have a right and a duty to affirm that the burden of proof remains on those who challenge these fundamental truths of our Faith, not on those of us who defend them.

It is also our right and duty to ask the Magisterium of the Church to review the evidence for and against the traditional interpretation of Genesis 1-11 and to make a definitive judgment in favor of the traditional interpretation. In doing this, we are following in the footsteps of those who for centuries worked, prayed and sacrificed for a papal definition of the dogma of the Immaculate Conception, convinced as they were of the great blessings that would redound to the Church with the proclamation of this dogma. Like them, we work, pray and sacrifice for a definitive judgment in favor of the traditional doctrine of fiat creation and against theistic evolution and progressive creation--for the greatest possible glory of God and for the greatest possible good of souls.

We argue that the consensus of the Fathers on Genesis 1-11, the liturgical traditions of all of the rites of the Catholic Church, and the conciliar decrees on creation of Lateran IV and Vatican I, rightly expounded, exclude theistic evolution and progressive creation. We are showing how the conciliar decrees on creation were understood by the greatest commentators for more than five hundred years, while demonstrating that there is nothing in subsequent authoritative teaching of the Magisterium or in the new and proven discoveries of natural science that calls any part of the traditional doctrine into question.

Just as those who worked for the dogma of the Immaculate Conception in 1853 foresaw the harm that came to the Church through the postponement of the dogmatic definition and the blessings that would flow to the Church through a universal acceptance of the dogma, so do we see the great harm that befalls the faithful who deny the traditional doctrine of creation and who embrace theistic evolution or progressive creation--and the great blessings that flow to those who embrace the traditional understanding of the sacred history of Genesis. Just as the dogma of the Immaculate Conception ultimately redounds to the glory of God, and meditation on this mystery deepens our love for Him, so does the traditional doctrine of creation redound to the glory of God and deepen our love for Him. Ultimately, that is why we are so sure that the Magisterium will define the traditional doctrine of creation at the highest level of authority and anathematize the principal deviations from that doctrine in the era of peace promised by Our Lady of Fatima.

P.S. I recently had the opportunity to meet with Mr. Thomas Jacobson, one of the leading pro-life researchers in the world and co-editor, with William Robert Johnston, of the Abortion Worldwide Report: The History, Policies and Sacred Accounting, and the Means to Restore Protection of Human Life. The Abortion Worldwide Report certainly appears to me to be a most thorough accounting and historical record of the abortion holocaust, although in its present form it does not include abortions caused by various forms of contraception. For those who would like to avail themselves of this resource, Thomas Jacobson has offered to give a 20% donation to the Kolbe Center for any orders for the print edition of the Abortion Worldwide Report made by readers of this newsletter. When you go online to the GLC Publications website www.GLCPublications.com just type in "Kolbe Center" after you select the Abortion Worldwide Report. A fill-in box will appear on the order page. Alternatively, you can order the Abortion Worldwide Report by telephone at 1-513-452-4100 and ask Mr. Jacobson to walk you through the process so that the Kolbe Center receives a donation. Mr. Jacobson is currently studying the link between contraception and abortion, using materials that I have recommended to him. Please pray that he and his colleagues will recognize the importance of this link and acknowledge the Catholic Church's teaching on contraception as a sign that She is indeed the one, holy, Catholic and apostolic Church.