Today is a First Saturday, the day when Our Lady of Fatima has asked all of us to fulfill certain requests to bring peace to the world. In this newsletter, I would like to show how the association of Saturday with Our Lady is intimately bound up with the sacred history of Genesis.

St. Bonaventure sums up the teaching of all of the Fathers and Doctors when he writes that God stopped creating new kinds of creatures on the seventh day:

In the Bridgetine Office, the daughters of St. Bridget make her prayers their own as they pray:

All things, then, foreseen by God,
and present to him eternally, though as yet uncreated, had already that design
and perfection which they would possess
when his creating brought them to be.
One thing excelled all others,
designed and perfected by God with a special joy.
This was Mary, the Virgin who was a Mother, the
Mother who was ever a Virgin.

A second link between Saturday and Our Lady connects the Sabbath "rest" of Our Lord in the tomb on Holy (or "Great") Saturday with the sorrows of the Mother of God on that day. From this linkage flowed a variety of liturgical practices on Saturday in honor of Our Lady, culminating in the message of Fatima and a request by Our Lord for First Saturday devotions in reparation for sins committed against His Mother's Immaculate Heart. 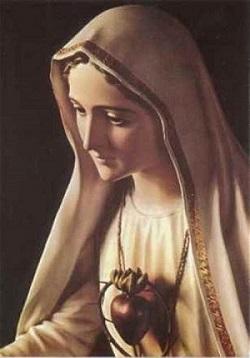 In an apparition of December 10, 1925, in Tuy, Spain, Our Lady told Sister Lucy of Fatima: 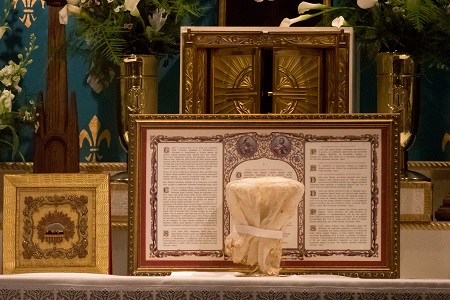 The more souls believe in Mary's supernatural maternity and universal advocacy for souls, the more they will join in confidently invoking her intercession not only for their fellow Catholics, but for all souls, past, present, and future—without any limits. Imagine the effect if millions of Catholics prayed confidently for poor sinners in this way! It is this kind of boundless faith that will bring the entire Mystical Body of Christ to its ultimate fulfillment. In the Mystical Body of Christ, the sanctity of Our Lady reveals the fullness to which all Christians are called—a fullness which was first revealed in the humanity of Jesus Christ and which will be achieved by the whole Church when her members attain what St. Paul calls, "the measure of the stature of the fullness of Christ" (Ephesians 4:13).

Thus, the commemoration of the first Saturday of the month in honor of the Immaculate Heart of Mary is a reminder of the forgotten meaning of the Sabbath rest of Creation and a foretaste of the future rest of the Lord in His saints during the coming "era of peace" promised by Our Lady of Fatima.

If you would like to learn more about the links between the liturgical traditions of the Catholic Church and the sacred history of Genesis, you can read much more in the book I Have Spoken to You from Heaven: A Catholic Defense of Creation in Six Days or in our on-line article "Lex Orandi, Lex Credendi."

P.S. Fr. Paul Robinson of the FSSPX has criticized the Kolbe Center in a recent posting on his website. We will post our reply to Fr. Robinson on our website in the near future. In the meantime, we are offering a 575-page critique of Fr. Robinson's recent book The Realist Guide by Robert Sungenis on the Kolbe web store as an e-book, and we encourage our readers to obtain and carefully read Robert's thorough critique of Fr. Robinson's progressive creationist account of the origins of man and the universe.