I would like to devote this newsletter to the memory of Mr. Peter Wilders who died on Wednesday, November 11, the Feast of St. Martin of Tours. Mr. Wilders was one of the most courageous and persistent champions of the traditional Catholic doctrine of creation in the entire world and a leader in the fight to defend the true doctrine of creation for many years before the founding of the Kolbe Center twenty years ago. 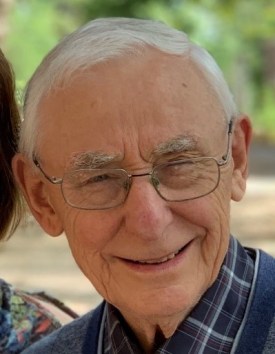 I met Peter for the first time in the late 1990's at an International Conference on Creationism (ICC) conference in the Pittsburgh area, where he had been invited to present Guy Berthault's research in sedimentology which exposed the fatal flaws in the Lyellian geochronology that had been virtually unchallenged since the late nineteenth century. For a number of years, I had been seeking out Catholic priests and laymen who had rejected theistic evolution and who wanted to defend the traditional doctrine of creation. I had communicated with Gerry Keane, the author of the TAN book Creation Rediscovered, with Fr. Peter Damien Fehlner, author of the theological masterpiece In the Beginning, and, having heard from him about Peter, I had contacted him and we had arranged a meeting.

From that point forward Peter and I collaborated closely with each other and with any Catholic theologians, philosophers and natural scientists who were willing to work with us to defend the traditional doctrine of creation. Peter and Guy Berthault attended our first international conference in defense of the Catholic doctrine of creation in Manassas, Virginia, in 2001, along with theologian and physicist Fr. Victor Warkulwiz, theologian Fr. Brian Harrison, Polish dendrologist Dr. Maciej Giertych, and aerospace engineer Dr. Joseph Strada. From that point forward, Peter and I worked with his sons and with colleagues from all over the world to organize our first international symposium in Rome in 2002, and a whole series of international conferences and symposia in places as far flung as Rome, Italy; Moscow, Russia; Arlington, Virginia; Bierbronnen, Germany; and the south of France.

In the early years, Peter focused on promoting a film that he had produced entitled "Evolution: Fact or Belief?" Later, the film was expanded to include an interview with philosopher Dr. Josef Seifert, and renamed "Evolution as Seen by Modern Science." The film did an excellent job of exposing the fatal flaws in the microbe-to-man evolution hypothesis from the perspective of experts in many areas of natural science, and it continues to do so today. However, through his extensive correspondence with Fr. Peter Damien Fehlner, Peter came to the realization that the natural science arguments against the evolutionary hypothesis needed to take a back seat to the theological arguments, especially in light of Fr. Fehlner's contention that the Firmiter decree of the Fourth Lateran Council in 1215 defined the dogma of creation in a way that "excluded" evolution over long ages of time.

This shifting of gears on Peter's part brought him into conflict even with most of the Catholic intellectuals in the traditional wing of academia.   Many wondered how a layman without any formal theological training could dare to argue that a thirteenth century conciliar decree (repeated verbatim by the First Vatican Council) could have excluded evolution for Catholics when none of the Popes and theologians who had resisted modernism in the twentieth century seemed to have mentioned the council in that connection. But Peter Wilders was not a man to abandon a position that he had adopted after careful study and consultation with a theologian whom he rightly regarded as one of the greatest authorities in the Church on creation theology. Instead, with the help of Dr. Dominique Tassot and other interested colleagues, Peter spearheaded an effort to find commentaries on the Firmiter of Lateran IV from the six hundred year period from the convening of the council to the rise of Lyellian geology in the nineteenth century. 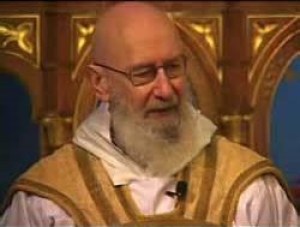 Over a period of ten years or more, Peter's team was able to find commentaries on the Firmiter of Lateran IV in the works of some of the greatest commentators in the Church, including St. Thomas Aquinas, Francisco Suarez, St. Lawrence of Brindisi, Cornelius a Lapide, and Thomas de Charmes. In a remarkable confirmation of Peter's thesis, the writings of these commentators proved that all of them had interpreted the Firmiter as teaching that God had created all of the different kinds of creatures for man by fiat at the beginning of time, an interpretation that did indeed, in Fr. Fehlner's words, "exclude evolution." Peter deserves most of the credit for spearheading the research that we have summarized in the article "The Firmiter of Lateran IV in its Historical Context Defines the Fiat Creation of All Things" on the Kolbe website. Thanks to Peter's perseverance in promoting this research project, we also eventually discovered the reason why the anti-modernist Popes and theologians had for the most part failed to mention Lateran IV in their efforts to combat evolution in its theistic and atheistic forms.

After immersing ourselves in the writings of these great commentators from the thirteenth to the end of the nineteenth century, we came to the astonishing realization that they themselves never considered Lateran IV (or, later, Vatican I) the source of the Church's teaching on creation for the simple reason that all of them regarded Genesis as a "sacred history" whose inerrant account of the origin of man and the universe remained the source of the Church's teaching on creation right into modern times. Just as St. Thomas explained the doctrine of transubstantiation in the Summa without recourse to the Fourth Lateran Council's dogmatic definition of the doctrine because he derived the doctrine from Holy Scripture as explained by the Fathers, so did the greatest commentators on the Firmiter from the Middle Ages to Matthias Scheeben at the end of the nineteenth century set forth the dogma of creation in most cases without any mention of Lateran IV because they derived the doctrine entirely from the sacred history of Genesis. 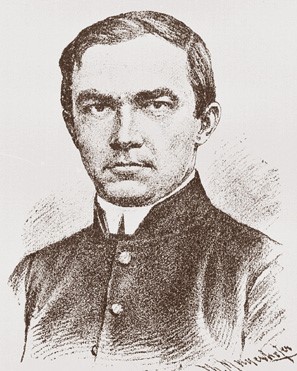 Under the salutary influence of Fr. Fehlner's teaching, Peter was also one of the first members of our team to appreciate the fundamental importance of the Church's traditional teaching on the distinction between creation and providence. He sometimes wore out his interlocutors with his insistence that natural science could not contribute anything to our understanding of origins, because the entire work of creation was supernatural and could not be discovered by extrapolation from the natural order which only began when the entire work of creation was finished. But he was right nonetheless. "Evolution's greatest triumph," to use Ernst Haeckel's phrase, did not take place until the beginning of the twentieth century when most Catholic intellectuals capitulated to Cartesian naturalism and came to believe that natural scientists could licitly extrapolate from the natural order of providence all the way back to the beginning of the universe. (That is why, for example, Monsignor Lemaitre's untenable "Big Bang hypothesis" was welcomed by Pope Pius XII, even though it depended on an extrapolation that would have been ruled illegitimate by all of the Fathers and Doctors of the Church!) Once the creation-providence framework had been abandoned, the acceptance of pseudo-scientific "proofs" of the molecules-to-man evolutionary hypothesis, like Ernst Haeckel's bogus illustrations of "embryonic recapitulation," ultimately persuaded all but a small minority of Catholic intellectuals that molecules-to-man evolution was a fact that only a fool would deny.

Peter involved his whole family in his work, and with the support of his devoted wife and the active collaboration of his two sons, he worked tirelessly to organize collaboration among theologians to restore traditional creation theology and to defend the traditional doctrine of creation. We who knew him thank God for the privilege of being his friends and collaborators, and we pray that he will speedily enter into his heavenly reward for all that he did to restore the foundations of our Holy Faith. The Kolbe Center has requested the thirty Gregorian Masses to be offered for the repose of his soul, but we would ask you to unite your prayers to ours for Peter and his family.

May his soul and the souls of all the faithful departed, through the mercy of God, rest in peace. Amen.

P.S. In 1917, Our Lady of Fatima warned that if her requests were not heeded, Russia would spread her errors throughout the world. On 18 November, 1920, the former Russian Soviet Federated Socialist Republic - which later expanded to the Union of Soviet Socialist Republics (U.S.S.R.) - became the first nation in history to authorize elective abortion. Since then 70% of all other nations have done the same. This year, 18 November, 2020, marks the 100th year anniversary of that abortion decree that started a global movement among nations resulting in the Greatest Genocide in history. Please go to www.GlobalLifeCampaign.com for information about the Multi-National Day of Repentance for Abortion on Wednesday, November 18, 2020.

P.P.S. The Trialogue involving the Kolbe Center, Fr. Nicanor Austriaco, O.P., and Fr. Michal Chaberek, O.P., continues. You can find our replies to the second of six questions about Genesis 1-11 at this link on the Kolbe website. The video of our 2020 leadership retreat is also now available on the Kolbe website at this link. Several of the talks are available gratis. To view all of the presentations, we are requesting a suggested donation of $50. If this donation is a hardship for anyone, please email me at howen@shentel.netand we can make a special arrangement.