A friend of mine recently sent me a deeply moving video of a prison interview with serial killer Jeffrey Dahmer and his father shortly before Dahmer’s death at the hands of a fellow inmate.  In the MSNBC interview, Dahmer is asked when he first came to believe that he was accountable for his actions.  He turns to his father and says (at about minute 1:00 in the video).

Thanks to you for sending that creation science material. Because I always believed the lie that evolution is truth, the theory of evolution is truth, that we all just came from the slime, and when we died, you know, that was it, there was nothing-so the whole theory cheapens life. I started reading books that show how evolution is just a complete lie. There’s no basis in science to uphold it. And I’ve since come to believe that the Lord Jesus Christ is the true Creator of the heavens and the earth, that it didn’t just happen. I’ve accepted him as my Lord and Savior, and I believe that I, as well as everyone else will be accountable to him. . . . If a person doesn’t think there is a God to be accountable to, then what’s the point in trying to modify your behavior to keep it in acceptable ranges?

A similar change occurred in the thinking of Sean Sellers, the last American citizen to be subjected to capital punishment for a crime that he committed before he was 18 years old.   Like Jeffrey Dahmer, Sean came from a broken home, and he was living with his mother and step-father and attending a public high school when he began playing the board game Dungeons and Dragons.  When the thrill of Dungeons and Dragons wore off, Sean obtained a copy of The Satanic Bible by Anton LeVey and began reading it intently.  Although his mother does not appear to have been a regular church-goer, she realized that it was not a good thing for Sean to be reading The Satanic Bible, so she arranged an appointment for him to meet with a local pastor.

When the time for the appointment arrived, the pastor told Sean that the Christian Bible is the Word of God and that it tells us that Our Lord Jesus Christ is the only Son of God who suffered and died for our sins so that those who believe in Him can have eternal life.  He invited Sean to acknowledge his sins and to accept the Lord Jesus as his God and Savior.  However, at some point in their conversation, the pastor apparently told Sean that there are some things in the Bible that Christians don’t take literally—like the first few chapters of the Book of Genesis.  When their meeting was over, Sean shocked his mother by telling her “I believe there is more truth in my Bible than there is in his!”

On reflection, Sean’s statement showed considerable insight.  Even though The Satanic Bible is a pack of lies from beginning to end, Anton LeVey would never tell his followers, “Believe everything I wrote in The Satanic Bible—except for the first few chapters; they are not to be taken seriously.”  No!  Anton LeVey would insist that the whole tissue of lies ought to be taken seriously from beginning to end.

By telling Sean that the first few chapters of the sacred history of Genesis were not true, the pastor destroyed his own credibility—and the credibility of God’s Word.

A short time later, before his seventeenth birthday, Sean went with a friend to a convenience store and shot and killed a clerk.  Later, he went home and murdered his step-father and his mother in cold blood. After being arrested for three murders, Sean was eventually convicted and sent to prison to await capital punishment.  While in prison, he was evangelized by Christians who upheld the inerrancy of Scripture from Genesis to Revelation.   And, like Jeffrey Dahmer, he had what the prison chaplain (and I) believe was a sincere conversion.   After multiple appeals were turned down, Sean was finally executed at the age of thirty for the three murders he had committed before he was 18 years old. 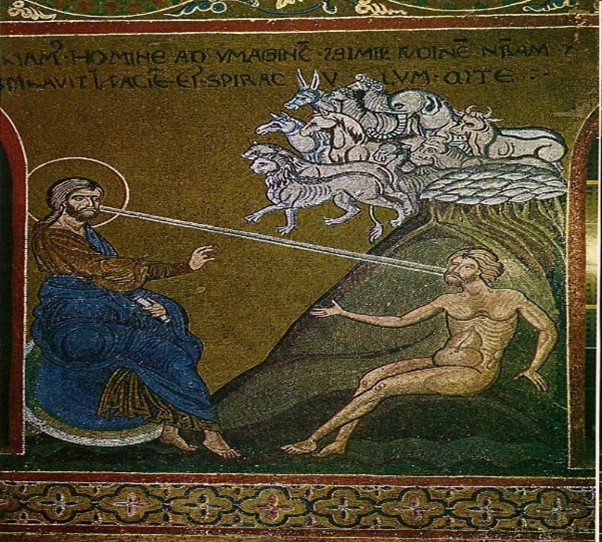 Most young Catholic young men who are taught that Genesis 1-11 contain myths do not become murderers.  However, in the course of the last 22 years, during my travels around the United States and the world for the Kolbe Center, I have noticed two significant and consistent patterns.  In the first place, I have seen again and again that fathers who practice their Faith and who teach their children the traditional Catholic doctrine of creation give the Faith of their sons and daughters a firm foundation that can survive the assaults against the Faith that routinely occur when a young person leaves home.  Conversely, I have many times seen young Catholics who were not taught the traditional doctrine of creation lose their Faith precisely because of evolution-based arguments against one or more of the elements of Catholic doctrine.  Most of the young Catholics I have known—especially young Catholic men—who are taught to believe in theistic evolution find it impossible to reconcile their faith with the traditional teaching of the Church on creation which usually leads them to abandon the Church’s traditional teaching in other areas, like sexual morality, where evolution-based “science” provides a rationalization for embracing some deviant teaching.  The incoherence of their faith usually leads them ultimately to do one of two things.  Either they abandon the practice of the Faith altogether—the most common outcome—or they compartmentalize their faith, attending Holy Mass and valuing the moral and cultural influences that Catholicism provides, but separating the religious realm from the “scientific” realm where Big Bang cosmology and evolution reign supreme.  A small minority does try to remain within the Church and reconcile their faith with evolution, but they can only do this by abandoning the doctrine of creation that was handed down from the Apostles—along with the high view of Scripture that was maintained by all of the Fathers and Doctors of the Church. 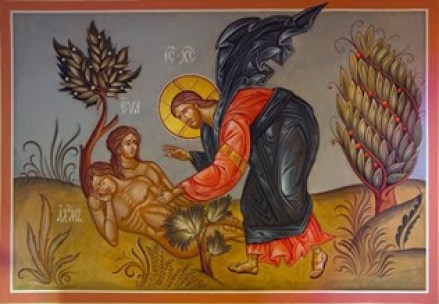 Over the years I have met many Catholic men who testify that they had practiced their faith in a half-hearted way while they believed in theistic evolution but began to fully integrate their Faith into every area of their lives once they embraced the traditional reading of Genesis.  One of the greatest factors in this transformation lies in the way that man’s role is defined in the first three chapters of the Bible.  God creates St. Adam first, because he is to be the head of his wife and children and the Master of all creation.  Our Lord reveals the commandment not to eat of the fruit of the Tree of the Knowledge of Good and Evil to Adam before Eve is created, so she has to receive the Word of God from her husband who stands in the role of priest to her.  When Eve disobeys God’s Commandment, she does not immediately suffer the consequences of her sin, because she remains under Adam’s authority.  It is only when St. Adam sins that the Fall takes place and the whole order of the universe is turned upside down. It follows that when a Catholic man reads Genesis 1-11 as a sacred history, he knows that God has created and called him to be the spiritual leader of his wife and children and that God will hold him accountable for how he fulfills this duty.   Had the fathers of Sean Sellers and Jeffrey Dahmer known and believed the true Catholic interpretation of Genesis, they would certainly have managed their families and raised their sons very differently.

Through the prayers of the Mother of God and of Good St. Joseph, may the Holy Ghost grant us the grace to hold fast, to defend, and to proclaim the whole Deposit of Faith as long as we live!

P.S.  Our annual leadership retreat has been scheduled to take place from August 27-September 3, 2023, at the Apostolate for Family Consecration retreat center in Bloomingdale, Ohio.  For more information or to register, please contact me at howen@shentel.net.