A recent article in LifeSiteNews reported on the scandalous offering of a funeral Mass for pro-abortion journalist Cokie Roberts by Archbishop Wilton Gregory at the Cathedral of St. Matthew the Apostle on September 21 in Washington, D.C. According to the article, Archbishop Gregory praised the deceased pro-abortion commentator for having "believed in God's word . . . and [for having] fashioned her life around that word." Pro-abortion House Speaker Rep. Nancy Pelosi, C-CA, also "delivered a eulogy from the lectern in the cathedral sanctuary during which she called Roberts a 'national treasure.'" The same article reported that:

Cokie Roberts and her husband Steve Roberts had a long-running influential column, which they used to ridicule pro-life advocates as "extremists." The two referred to the federal ban on partial-birth abortion as "off the track" and "cynical game-playing" on the part of pro-life activists. Partial-birth abortion is a method of late-term abortion that involves delivering a baby feet first until all but his head has exited the womb and then stabbing scissors into the base of his skull and sucking his brains out. The U.S. Supreme Court ultimately upheld the ban on that particular method of late-term abortion; other methods remain legal across the U.S.

The Supreme Court's upholding of the partial-birth abortion ban was "offensive [to her] as a woman," [Roberts] said on ABC News in 2007. [Yet, according to Archbishop Gregory, Roberts] "used her own words so exquisitely . . . [and] spoke often about the influence of God's word in her life, about the Church that she loved."

This recent instant canonization of a baptized Catholic champion of abortion and infanticide has prompted me to re-send the essential contents of the Kolbe newsletter that I sent out on the Feast of the Poor Souls a year ago when I recalled having received a letter from a supporter who told me of a memorable experience. A short time before, a friend of his had received a telephone call from a priest who told him, "I need your help" and hung up. When his friend attempted to return the call to the priest, the care-giver who answered the phone told him that it was impossible for the priest to have called him because the priest had died two days before. In the words of my correspondent, it seemed that the priest had "placed a call to him from Purgatory." 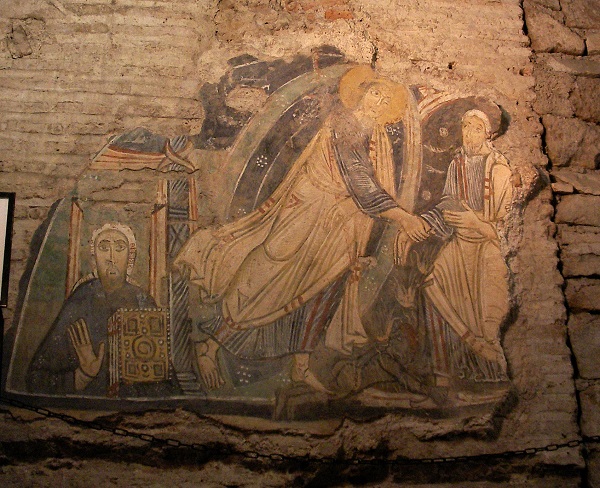 My correspondent went on to make some profound reflections about the connection between a decline in remembrance of the souls of the faithful departed and the decline of faith in the Church. He observed that the Books of Maccabees number among the seven deuterocanonical books which the protestant revolutionaries rejected even though they formed part of the Septuagint, the Greek version of the Old Testament that was used by all of the Apostles and Greek-speaking Church Fathers. He also observed that these books testify not only to the practice of offering prayers and sacrifices for the dead but also to the way in which apostasy can quickly corrupt the faithful when introduced from the top through the introduction of idolatry and false worship within the household of God. The heroic faith of the Maccabees which allowed them to prevail over the Nicanors and other powerful enemies of God (2 Mac 14 - 15) also filled them with compassion for those of their brethren who died having divided their loyalty between the God of Abraham and the gods of the pagans whose idols they carried into battle before they were slain (2 Mac 12:34-46).

Martin Luther originally recognized the truth of the Church's doctrine on Purgatory, but his new theology eventually forced him to abandon much of the traditional doctrine of the faith. In the orthodox Catholic faith, believers who are baptized into Christ become a "new creation" in Him, being born into supernatural life so that they can live one life with God and be transformed into the perfect likeness of Christ that they were created to achieve. In Luther's new theology, the Christian soul is not capable of perfection, but only of receiving a cosmetic covering that overspreads the soul of a saintly person in exactly the same way that it overspreads the soul of a mass murderer who utters the Sinner's Prayer at the moment of his death. If this were not the case, then it would have been necessary for Luther to do what the faithful had always done since the time of the Maccabees - offer prayers and sacrifices for the dead who died without having been fully sanctified so that they could be loosed from their sins. Instead, by abandoning the clear teaching of Scripture, he condemned the souls of his disciples to be mistakenly "assumed" into heaven, thus leaving them not only without viaticum but also - in the case of any who would be saved - without the prayers and sacrifices of their surviving loved ones.

P. S.  For those of us who belong to one of the Eastern Churches of the Catholic Church, today is not one of the days set aside for a special remembrance of the dead. However, since most of our readers belong to the Latin Rite, it seemed fitting to send this newsletter today. In the Eastern Churches, as seen in the Byzantine Catholic Churches, prayers for the dead have been offered continually since the time of the Apostles, and there are specific prayers that are offered for a deceased person for forty days after death as well as liturgical commemorations of all the faithful departed on various days, including the Saturday before Pentecost and the second, third and fourth Saturdays of Lent. The lives of the saints of East and West are full of accounts demonstrating the efficacy of prayers and sacrifices offered on behalf of the dead as well as of the power of their intercession for their benefactors on earth. (For an example, from the Acts of the Martyrs St. Perpetua and St. Felicity, see paragraphs seven and eight at this link.) In our day when the heresy of instant salvation for all has become so widespread, the dead are in greater need than ever of our prayers and sacrifices, and they will surely repay us all the more for our remembrance of them with their prayers for our intentions.

P. P. S.  I cannot tell you how much we appreciate your prayers and financial support, as we could do nothing without them. Certainly, we could not honor our pledge to go anywhere in the world where we are invited to go without requiring payment, if it had not been for your amazing generosity. If you have not made a one-time or recurring gift to support our apostolate, please consider going to this linkand making a gift today.