On a recent, brief visit to Texas, I was able to meet for over an hour with Dr. Jack Hebert and Dr. Timothy Clarey, two scientists who work at the Institute for Creation Research in Dallas, Texas. Dr. Hebert has just written a book on the climate change controversy, and I would like to give you a brief synopsis of his insights into the subject, as a physicist who earned his Ph.D. in physics for research into, in his words, “the possible connection between cosmic rays, solar rays, weather and climate.”

In the first part of his book, Dr. Hebert explains the unresolved question that lies at the heart of the controversy between scientists who believe that human activity is leading to runaway global warming and ecological catastrophe and those who believe that the Earth has a stable climate and is not in danger of catastrophic global warming as a result of increased carbon emissions.  One of the best proofs that the Earth has experienced substantial global warming in fairly recent times that did not result from human activity is the historical evidence that temperatures were significantly higher during the Middle Ages over a large part of the Earth’s surface in what scientists call “the Medieval Warm Period.” Between 950 and 1250 A.D., in Dr. Hebert’s words, “the world was warmer than it is today.”

Climate alarmists tend to ignore or minimize the significance of this fact while arguing that a sharp increase in atmospheric carbon dioxide would lead to a runaway increase in temperatures with catastrophic consequences for the environment.  Dr. Hebert shows that some of the world’s leading experts in climatology, like Dr. Judith Curry - who has published 200 scientific papers in the field - argue from basic physics that a doubling of the carbon dioxide in the atmosphere would only produce a modest increase in temperature.  Moreover, as Dr. Hebert explains, a modest increase in temperature and carbon-dioxide would be good for the environment.  It would make more of the Earth habitable and would foster plant growth. The burgeoning plant-life would then take in more CO2, reducing the amount of CO2 in the atmosphere. 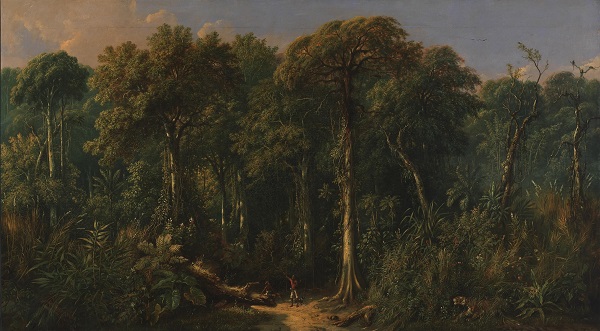 Dr. Hebert uses this point to highlight that the most important difference between climate change alarmists and those who take a more balanced view of the subject is that the former tend to look at CO2 and temperature in isolation from the whole environment while those who take a more balanced view look at these elements in relation to the whole.  Dr. Hebert quotes physicist Freeman Dyson on this important point:

We know that plants do react very strongly to enhanced carbon dioxide.  At [the Institute for Energy Analysis], they did lots of experiments with enhanced carbon dioxide and it has a drastic effect on plants because it is the main food source for the plants . . . So if you change the carbon dioxide drastically by a factor of two, the whole behavior of the plant is different.  Anyway, that’s so typical of things [climate change alarmists] ignore.  They are totally missing the biological side, which is probably more than half of the real system.[i]

Dr. Hebert shows how this tendency of climate alarmists not to look at climate change in relation to the Earth’s entire ecosystem reflects their belief that the Earth and its climate are the product of millions of years of random evolution rather than of special creation and intelligent design.

Consider this scenario.  As atmospheric carbon dioxide increases, temperature warm.  As temperatures warm, glacial ice melts. As this melt-water enters the ocean, so do iron-containing minerals.  It is well known that iron in seawater increases the amount of algae.  The iron stimulates “blooms” of algae, which use and trap the carbon dioxide, incorporating the carbon with their cells.  When the algae die, they drift to the bottom of the ocean.  This removes carbon dioxide from the atmosphere and sequesters it on the ocean floor.  In describing this mechanism one secular scientist said, “The Earth itself seems to want to save us [from global warming]!”  Of course, it is God who should be given the credit for the design of our climate system, not the Earth![ii]

The Global Flood: A Key to Unlocking the Mystery of Earth’s History

Dr. Hebert goes on to show that one of the main reasons - if not the main reason - why so many secular scientists believe that modest changes in CO2 levels can lead to catastrophic climate change is their belief in the standard evolutionary chronology of the Earth and their denial of the Global Flood.  By correlating changes in the relative positions of the Earth and the sun over millions of years with ice cores, many climate scientists have convinced themselves that Earth’s climate has a history of instability.  In reality, the ice cores can only be rightly interpreted in light of the Global Flood and the subsequent Ice Age about 4500 years ago. 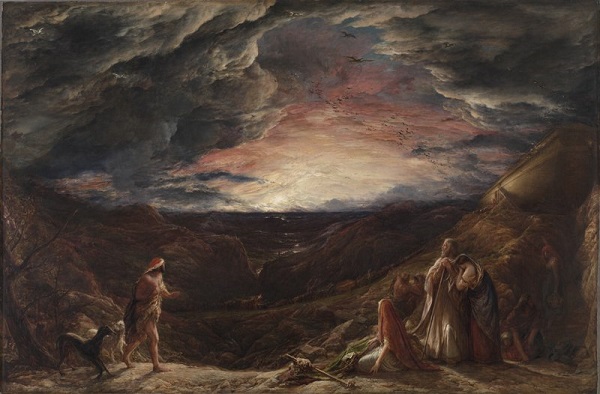 Dr. Hebert argues convincingly that slow and gradual changes in climate would never produce an Ice Age, because cold air holds less moisture than warm air, and an Ice Age requires an abundance of moisture in the atmosphere with relatively cool summers and mild winters.  Only the Global Flood would have produced the unique conditions necessary to precipitate an Ice Age.  First, the fountains of the great deep were broken up and spewed enormous amounts of warm water into the atmosphere.  Then, volcanic activity all over the Earth propelled debris into the air, partially blocking sunlight, lowering temperatures, and leading to intense precipitation.  Finally, in the immediate post-Flood period, lingering volcanic activity spewed aerosols into the atmosphere, resulting in cool summers which prevented ice and snow from melting, leading to the formation of extensive glaciers.  The advance and retreat of the glaciers continued for several centuries, but always as part of one Ice Age, not in separate Ice Ages lasting for millions of years.  Trying to interpret ice cores within a uniformitarian evolutionary framework which denies the historical reality of the Flood feeds the alarmism of scientists who conclude that small and gradual changes in the past led to multiple Ice Ages and that therefore small changes in CO2 levels and temperatures can lead to catastrophic climate change in the near future.

Through the prayers of the Mother of God, may the Holy Spirit confirm our faith in the sacred history of Genesis, and lead us all into all the Truth!

P.S.  We still hope to have the DVD series “Foundations Restored” available for a suggested donation via streaming from a dedicated website by the Feast of the Immaculate Conception.  Please pray for our videographer Keith Jones and the rest of our production team that they will be able to achieve this objective.

Noah, The Eve of the Deluge, Cleveland Museum of Art.