Christ is born! Glorify Him!

In a recent newsletter, we recalled the words of the great incorrupt Benedictine monk, the Servant of God Dom Prosper Gueranger, regarding the Nativity of Our Lord Jesus Christ:

With what gratitude ought they not to assist at that divine Sacrifice, for which the world had been longing for four thousand years! God has granted them to be born after the fulfilment of that stupendous and merciful oblation, and would not put them in the generations of men, who died before they could partake of its reality and its riches! This notwithstanding, they must earnestly unite with the Church, in praying for the coming of the Redeemer, so to pay their share of that great debt which God has put upon all, whether living before or after the fulfilment of the mystery of the Incarnation. Let them think of this in assisting at the holy Sacrifice. 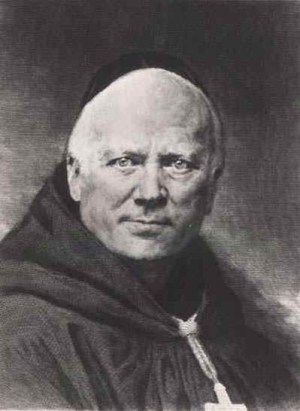 On many occasions, we have observed that the acceptance of the Biblical chronology of four thousand years from Creation to the birth of Our Lord has remained a characteristic of the greatest saints right up to the present time, even as modernism has devastated the faith of most Catholic theologians and scholars in the Biblical chronology. Thus, we find that the great stigmatist and wonder-worker St. Padre Pio held fast to the traditional Biblical chronology as long as he lived. In a Christmas meditation for his spiritual children, he wrote:

Far into the night, at the coldest time of the year, in a chilly grotto, more suitable for a flock of beasts than for humans, the promised Messiah - Jesus - the savior of mankind, comes into the world in the fullness of time.

There are none who clamor around him: only an ox and an ass lending their warmth to the newborn infant; with a humble woman, and a poor and tired man, in adoration beside him. Nothing can be heard except the sobs and whimpers of the infant God. And by means of his crying and weeping he offers to the Divine justice the first ransom for our redemption.

He had been expected for forty centuries; with longing sighs the ancient Fathers had implored his arrival. The sacred scriptures clearly prophesy the time and the place of his birth, and yet the world is silent and no one seems aware of the great event. Only some shepherds, who had been busy watching over their sheep in the meadows, come to visit him. Heavenly visitors had alerted them to the wondrous event, inviting them to approach his cave.

So plentiful, O Christians, are the lessons that shine forth from the grotto of Bethlehem! Oh how our hearts should be on fire with love for the one who with such tenderness was made flesh for our sakes! Oh how we should burn with desire to lead the whole world to this lowly cave, refuge of the King of kings, greater than any worldly palace, because it is the throne and dwelling place of God! Let us ask this Divine child to clothe us with humility, because only by means of this virtue can we taste the fullness of this mystery of Divine tenderness. (emphasis added) Padre Pio da Pietrelcina: Epistolario IV," Edizioni Padre Pio, San Giovanni Rotondo, 2002, pages 1007-1009. Translated by Frank M. Rega, December 2005. 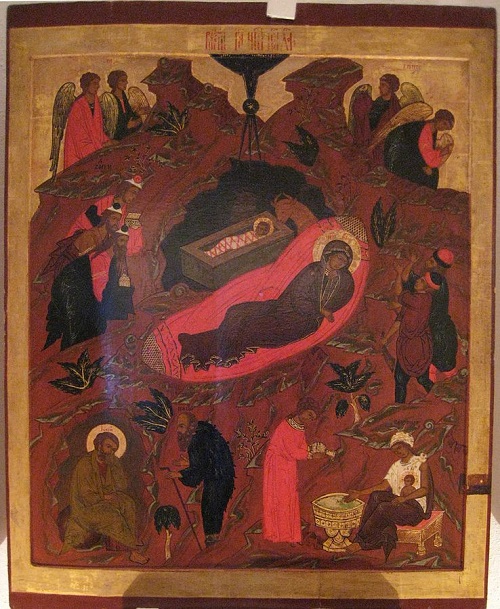 Small wonder that St. Padre Pio's child-like faith in the Word of God and in the sacred history of Genesis made him capable of receiving the grace of beholding and even embracing the Christ-child at the Midnight Mass for Christmas, year after year:

Midnight Mass in particular was a joyous celebration for Padre Pio, who celebrated it every year, taking many hours to carefully celebrate the Holy Mass. His soul was lifted up to God with great joy, a joy that others could easily see.

Additionally, witnesses have recounted how they would see Padre Pio holding the Baby Jesus. This was not a porcelain statue, but the Baby Jesus himself in a miraculous vision.

We were reciting the rosary while waiting for the Mass. Padre Pio was praying with us. All of a sudden, in an aura of light, I saw the Baby Jesus appear in his arms. Padre Pio was transfigured, his eyes gazing upon the glowing child in his arms, his face transformed by an astonished smile. When the vision disappeared, Padre Pio realized from the way I was looking at him that I had seen everything. But he drew close to me and told me not to mention it to anyone.

A similar story is told by Fr. Raffaele da Sant'Elia, who lived next to Padre Pio for many years.

I had got up to go to the church for the Midnight Mass of 1924. The corridor was huge and dark, and the only illumination was the flame of a small oil lamp. Through the shadows I could see that Padre Pio, too, was making his way to the church. He had left his room and was making his way slowly along the corridor. I realized he was swathed in a band of light. I took a better look and saw that he had the Baby Jesus in his arms. I just stood there, transfixed, in the doorway of my room, and fell to my knees. Padre Pio passed by, all aglow. He didn't even notice I was there.

These supernatural events highlight the deep and abiding love of Padre Pio for God. His love was further marked by simplicity and humility, with a heart wide open to receive whatever heavenly graced God had planned for him.

Through the prayers of the Immaculate Heart of Mary and of the Most Chaste Heart of St. Joseph, may we all receive the grace to believe in the Word made flesh and in the inspired Word of God, as St. Padre Pio did!

P.S. Pamela Acker's book on vaccination continues to be in great demand, but we would like to see it in the hands of every Catholic Bishop, pastor, doctor, parent and teacher. To that end, please consider taking the book to any Catholic book-stores in your area and encouraging the management to carry the book. The Kolbe Center will offer a 50% discount to all Catholic book-stores that order the book.