We are hearing a great deal about the mass exodus of Catholic youth out of the Catholic Church, and various researchers have been interviewing young adults who have left the Church to discover when and why they lost the Faith. One prominent researcher at Georgetown University who has conducted numerous interviews with young Catholics who have left the Church has noted that one of the main reasons they give for leaving the Church is the apparent conflict between "science" and the Bible and the traditional teaching of the Church. His prescription for reversing the trend entails hiring more teachers who can integrate Big Bang cosmology and evolutionary biology into the curricula of Catholic schools, thus demonstrating to students that there is no conflict between faith and reason.

But, as we often say, the claim that more Big Bang cosmology and evolutionary biology in Catholic schools would stop the mass exodus of youth out of the Catholic Church rings as hollow as Planned Parenthood's claim that what we need to put a stop to teen pregnancies and abortions is more sex education - that if we only had sex education in every school in the world from nursery school to university, we would soon see an end to unwanted pregnancies! In both cases, the "solution" not only will not solve the problem; it is the problem! Indeed, almost all Catholic schools and universities throughout the western world have been teaching Big Bang cosmology and evolutionary biology for more than fifty ears. What is needed is not more indoctrination of Catholic students into evolutionary mythology but a return to teaching the true Catholic doctrine of creation as the foundation of the Faith.

In the Diocese of Arlington, Virginia, our friend and colleague Tom McFadden has reported on recent efforts by the diocesan leadership to stop or at least to slow the mass exodus of Catholics out of the Church. In a recent email he wrote that, according to an article in the diocesan newspaper, Mass attendance as of January 10, 2018, was 37% but has declined to 29.7% in the space of a year.

Commenting on this current drop to 29.7%, our Bishop said: "The results of the second annual October Mass count show us that we should be grateful for the continued faithful participation of so many, but we can't be complacent in our efforts to increase participation in Sunday Mass."

We would be encouraged to know exactly what efforts he instituted in the last year to show lack of complacency. One of his good-intentioned initiatives is sending a three-man team of his employees around to talk at parishes on the subject of "Practical Catechetics." I attended one of these in Winchester today. The purpose of their mission, they said, was to arm attendees with information to answer what Gen Z people (born after 1995) give as reasons for skepticism or loss of faith. It is not apparent that they "field tested" their presentation on Gen Z skeptics to see how convincing they were. Naturally, the team would be well received in any parish as representatives of the Bishop by an older generation of attendees who attend because all three presenters are very likable and most sincere. I assume the evaluation sheets attendees fill out afterward are pretty positive. Two of the speakers do no harm even though their presentations do not answer the questions they attempt to answer for the benefit of Gen Z skeptics. One wonders who worked with them to critique the presentation before it was rolled out and taken on the road.

The third speaker on the subject of Faith and Science is an absolute menace to faith despite being likable and sincere.  During the Q & A I asked him enough questions that it was obvious (to me at least) that he not only knew little of his subject but also distorted and misrepresented the teaching of the Church. He presented the theory of evolution as if it was a fact and completely in line with Church teaching. His explanation of the theory of evolution consisted of a slide with brown and white bears. That was it. One slide with just brown and white bears. It was embarrassing. Yet, he asserted (contrary to truth) that Pope Pius XII had clarified that "no opposition exists between evolution and the doctrine of faith about man." He also asserted falsely that speeches that two Popes gave to the Pontifical Academy of Sciences are part of the Magisterium, meaning that they were authoritative teaching for the belief of the universal church. I tried asking more questions, but I was cut off for monopolizing the questions. (Nobody else who was there appeared to have a clue regarding the stuff that was presented). 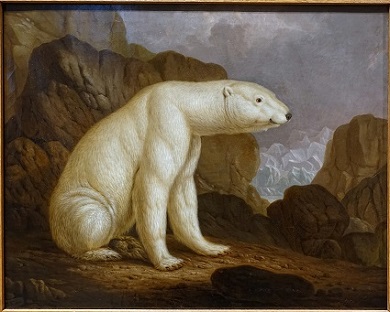 I realize it was not an appropriate forum for meaningful discussion, but it was painful to see such stuff go unchallenged. Essentially, (and sincerely) he promotes the two fundamental dogmas of the non-theistic religion of secular humanism, namely, cosmic and biological evolution as mainstream Catholicism.  He also selectively quotes just one Father of the Church (Augustine) to support his thesis.  But, in fairness to him, the "science" part of his presentation accurately reflects the non-scientific, non-biblical, non-logical opinions of his supervisor, the Diocesan Vicar of Faith Formation, that were presented at a lecture sponsored by the Institute for Catholic Culture, as summarized by an attendee and published on the internet. The handouts to attendees are supportive of the presentation. They will probably do more harm than the verbal presentation.

The ordinary Catholic probably would not realize that for all of the books and other resources recommended in the handouts, there are just as many refuting and challenging them. For example, the opinions of a group of four Dominicans called "Thomistic Evolution" is a prominent handout and presented almost as if it was the Magisterium itself. Yet three years ago another Dominican wrote Aquinas and Evolution which was a point by point refutation of them. That book was endorsed by orthodox scholars from Franciscan University (Steubenville) and the seminary of the Priestly Fraternity of St. Peter. I don't see how the Diocesan Faith and Science spokesman couldn't know there was a large body of published scientific, philosophical, and theological opposition to his thesis. So, for a representative of a Bishop to present just one side of a scientific controversy as a matter for one's belief is not acceptable.

Regarding the drop in Mass attendance. Fr. Ferguson, the Bishop's Vicar General added that:

"While it's never a good thing to be not making progress, nevertheless we haven't seen a dramatic decline." Translation: The good news is that the hole in the bottom of the ship could have been bigger than it is. 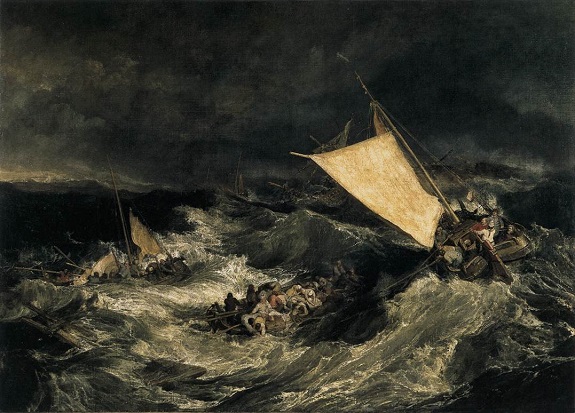 If the "Practical Apologetics" road show is intended to stop the leak (Catholic youth leaving in droves) those responsible will be disappointed. Interpreting the Bible to conform to the unproved speculations of secular humanism concerning the origin of the universe and life is a losing strategy. The concept of beefing up apologetics to help stop the loss of faith that social research shows is happening because of faux science is a good thing. I've published two books advocating just that. But trying to do it by endorsing the same faux science is not workable.

If any of our readers would like to support Tom in his efforts to at least inspire a genuine dialogue between the promoters of theistic evolution and the defenders of the traditional doctrine of creation in the Diocese of Arlington, please go to his website and let him know. In the meantime, please continue to pray that our DVD series will soon be finished and available so that young people in dioceses all over the world can have a chance to hear a good defense of the traditional Catholic doctrine of creation from the perspective of theology, philosophy and natural science, whether or not their school administrators, professors, and teachers are willing to give them that opportunity.

P.S. In our last newsletter I inadvertently gave the wrong dates for our 2019 leadership retreat. Our sixth annual leadership retreat at St. Anne Retreat Center in Melbourne, Kentucky, will take place from June 16 to June 22. The retreat is open to all Catholics (and their families) who are committed to advancing the mission of the Kolbe Center in their spheres of influence. If you would like more information about the schedule, facilities, and suggested donations for the retreat, please email me as soon as possible at howen@shentel.net .

P.P.S. It seems likely that I will go to Hungary at the end of this month for an important meeting. If any reader of this newsletter knows of a religious community or Catholic family that would be willing to let me stay with them for a couple of days, please let me know at howen@shentel.net