On my way home to Virginia from a family funeral with my wife and three grandchildren, we were privileged to be able to visit the Benedictine Abbey where two of our daughters are novices. The Abbey was founded by sisters from a French Benedictine Abbey famous for its cheese. In God's Providence, the foundress was given a beautiful piece of land in Connecticut where the sisters were able to keep dairy cows and make cheese once again.

Since the community sells cheese to the outside world, their cheese-making operation fell under the scrutiny of government health inspectors who frowned upon the traditional practice of storing the milk for cheese in wooden barrels. The health inspectors advocated the use of stainless steel containers in place of the wooden barrels, arguing that the stainless steel vats would be much more sanitary than the wooden containers. The community responded by sending one of their members to get a Ph.D. in microbiology so that she could demonstrate the superiority of the traditional wooden barrels to stainless steel containers, from a scientific point of view.

It turns out that a substantial body of research has confirmed that wood interacts with the microorganisms in milk and other foods in a wonderful way which produces a much greater quantity of beneficial microorganisms as compared with plastic or stainless steel containers. Indeed, modern science seems only now to be scratching the surface of the marvelous properties of wood. In an article on the website of our separated brethren at Apologetics Press, Dr. Dave Miller has published a fascinating article on the empirical evidence for the superiority of wood to plastic for "cutting boards and other surfaces that sustain food contact." The USDA and the FDA tout the superiority of man-made plastic over divinely-created wood, but Dr. Miller shows that "the best research available on the subject suggests otherwise." He summarizes: 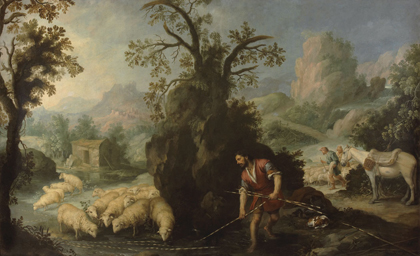 Dr. Dean Cliver, a microbiologist with the Food Safety Laboratory and World Health Organization Collaborating Center for Food Virology at the University of California-Davis, disputes the oft'-repeated claim regarding the superiority of plastic over wood. His research findings, conducted over a period of several years, have consistently demonstrated the remarkable antibacterial properties of wood.

Dr. Cliver and his research associates have tested five life-threatening bacteria (Escherichia coli, Salmonella, Campylobacter jejuni, Listeria monocytogenes, and Staphylococcus aureus) on four plastic polymers and more than ten species of hardwood, including hard maple, birch, beech, black cherry, basswood, butternut, and American black walnut. Within 3 minutes of inoculating woodenboards with cultures of the food-poisoning agents, 99.9 percent of the bacteria were unrecoverable. On the other hand, none of the bacteria tested under similar conditions on plastic died. In fact, leaving microbe populations on the two surfaces overnight resulted in microbial growth on the plastic boards, while no live bacteria were recovered from wood the next morning. Interestingly, bacteria are absorbed into the wood, but evidently do not multiply, and rarely if ever come back alive. In contrast, bacteria in knife scars in plastic boards remain viable (even after a hot-water-and-soap wash) and maintain their ability to surface later and contaminate foods. Treating wood cutting boards with oils and other finishes to make them more impermeable actually retards wood's bactericidal activity. Microbiologists remain mystified by their inability to isolate a mechanism or agent responsible for wood's antibacterial properties.

Do these research findings bear any resemblance to Mosaic injunctions 3,500 years ago which required the destruction of pottery that had become contaminated - while wood was simply to be rinsed (Leviticus 6:28; 11:32-33; 15:12)? Dr. Cliver concluded: "I have no idea where the image of plastic's superiority came from; but I have spent 40 years promoting food safety, and I would go with plastic if the science supported it. I don't necessarily trust 'nature,' but I do trust laboratory research." Kudos to Dr. Cliver's honesty. What about trusting nature's God?

Is it not a wonderful thing that the Creator of the universe, who spoke into existence the heavens, and the Earth, the seas and all they contain by His almighty Word, chose to work as a carpenter, fashioning all kinds of things out of the same wood substance that He had created in the beginning, finally completing the work of our redemption out of love for us on the wood of the life-giving Cross?

P.S. Our sixth annual leadership retreat at St. Anne Retreat Center in Melbourne, Kentucky, will take place from June 16 to June 22. The retreat is open to all Catholics (and their families) who are committed to advancing the mission of the Kolbe Center in their spheres of influence. If you would like more information about the schedule, facilities, and suggested donations for the retreat, please email me as soon as possible at howen@shentel.net .

P.P.S. It seems likely that I will go to Hungary at the end of this month for an important meeting. If any reader of this newsletter knows of a religious community or Catholic family that would be willing to let me stay with them for a couple of days, please let me know at howen@shentel.net