Virtually every major doctrine of the Catholic Faith makes its appearance in the sacred history of Genesis, so whenever a question comes up about a fundamental doctrine of the Faith, at least part of the answer can almost always be found in Genesis.  Many years ago, when Answers in Genesis first opened their Creation Museum in Kentucky, I was participating in a Catholic conference in Cincinnati and since everyone knew of my involvement in the Kolbe Center, I was asked to lead a group of attendees to visit the Creation Museum.  A few days later, I arrived at the Answers in Genesis Museum with two bus-loads of Catholics.  When I checked in with the management, we were told to begin our tour by going to the auditorium to watch a film that would orient us for a tour of the museum.  Since we were such a large group of Catholics, I was invited to get up on the stage and give an orientation of my own before the movie began.

Since I was not prepared for this opportunity, and since I knew that there would be separated brethren in the auditorium in addition to the members of our group, I prayed for guidance.  The thought immediately came to me that I should speak about Genesis 38 and show that in regard to the true Christian doctrine of Holy Marriage and the inseparability of the primary procreative and secondary unitive dimension of the marital union—the ANSWER was indeed to be found IN GENESIS!  When the staff gave me the nod, I got up on the stage and, after praying a short prayer to Our Lord and to the Blessed Mother, I explained that I had not expected to be asked to speak, but that I had prayed, and I had received a clear inspiration about what Our Lord wanted me to say.

I proceeded to recall the story of Onan as related by Moses in Genesis 38.  I recalled that it was his duty according to the custom of his people to raise up children through his brother’s widow, Tamar, after Onan’s brother had died without having any children.  I explained that Moses tells us that Onan did not want to discharge this duty, because he knew that the child of his seed would not belong to him but to his brother, so he spilled his seed on the ground in a deliberate act of “birth control,” so that he would not make his brother’s widow pregnant.  According to Moses, this act of contraception offended God so greatly that He took Onan’s life as a punishment for what Our Lord considered a capital crime.  Tamar was then forced to resort to subterfuge to become pregnant by Onan’s father Judas with the twins Phares and Zara, so that she, her father-in-law and their son Phares are all named in the genealogy of St. Matthew as the ancestors of Our Lord and Savior Jesus Christ (Matthew 1:3).

I went on to explain to our group and to the separated brethren in the auditorium that from the time of the Apostles Genesis 38 was understood by all of the Church Fathers and by all of the leaders of God’s Church to teach that contraception was a grave sin which separated the primary procreative from the secondary unitive purpose of the marital union.  I explained that this interpretation of Genesis 38 was upheld by all of the Popes and Doctors of the Church and by all of the principal leaders of the Protestant sects, right up to modern times, including Martin Luther, John Calvin, Zwingli and John Wesley who remarked that in his day, in the eighteenth century, many Christians “destroyed their souls” by this sin.  I reminded the audience that it was not until 1930 that the Anglican communion became the first self-identified Christian community to allow birth control to married couples, in opposition to the constant teaching of the Catholic Church and of all the principal leaders of the protestant communities up until that time.

At that point, I asked the audience to consider whether it was possible that the Holy Spirit would have allowed His Church to teach the same interpretation of Genesis 38 for 1900 years in what Wesley rightly considered a matter of spiritual and physical life and death.  Was it possible that the entire Church leadership was wrong in its interpretation of Genesis 38 for almost two thousand years and that the Anglicans were the first to interpret the account of Onan correctly, thus paving the way for every self-identifying Christian community in the world except for the Catholic Church to renounce the constant teaching of the Church and to embrace the Anglican position?

I have been all over the world, and I have put that question to many of our separated brethren, and I have never observed any but one of two responses: Either my interlocutor becomes a Catholic, or he abandons our dialogue!

Every Child is Called to be an Alter Christus

If time had permitted, I could have gone to explain why the true interpretation of Genesis 38, preserved in the authoritative teaching of the Catholic Church, is a matter of spiritual and physical life and death, not only because contraception is a mortal sin which separates the perpetrator from God and a refusal to allow God to give the gift of life when He chooses to do so—but also because most forms of contraception, including the birth control pill, do not actually prevent contraception, but prevent a conceived child from being able to thrive in his mother’s womb, thus bringing about the death of the child.  Indeed, I could have demonstrated that the widespread practice of contraception has produced the greatest holocaust of innocent human life in the recorded history of the world, since five to ten times as many little babies are murdered by various kinds of abortifacient contraception every year as the 40 million or so who are murdered by deliberate surgical and chemical abortions.

In the years that have passed since I gave that talk in the Answers in Genesis auditorium in Kentucky, Our Lord has given me an even greater understanding of the profound evil of contraception.  After reflecting on the fact that Onan refused to give life to a child destined to be an ancestor of the God-Man and Savior of the world—and thus refused in a very real sense to give life to Jesus—it occurred to me that every child is called to be made into another JESUS, an alter Christus, sharing one life with Him, for the glory of God and the good of all his fellow creatures.  Consequently, every act of contraception is a kind of deicide—a refusal to allow God to manifest Himself in His world through a creature who uniquely bears His image and likeness. 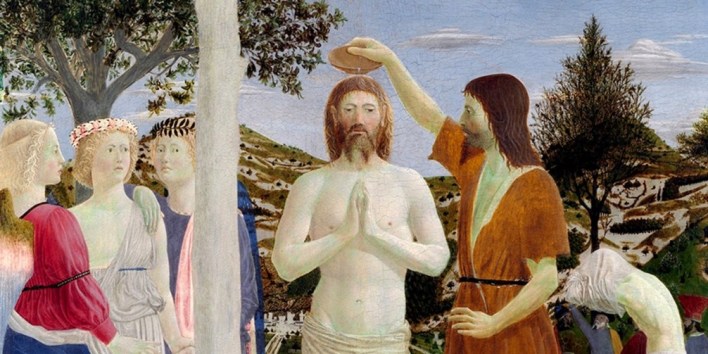 What I was able to articulate to the Catholic and non-Catholic members of my audience was that the Catholic Church faced a crisis in which the overwhelming majority of her leaders and teachers had abandoned her constant, authoritative teaching on birth control, but that God would never permit that teaching to be overturned in an authoritative way.  Indeed, I pointed out that when the Magisterium, the teaching authority of the Catholic Church as exercised by the Pope and the Bishops in union with him, finally produced an official document on the subject of birth control, that document Humanae vitae firmly upheld the constant teaching of the Church on Holy Marriage and the same interpretation of Genesis 38 that had been handed down from the Apostles.  Thus, the rebellion of so many Catholic Bishops, priests and lay people against that fundamental teaching could not change the truth of that teaching—or the life and death consequences in time and in eternity of rejecting that teaching.

Through the prayers of the Mother of God, of St. Joseph, and of all the Holy Angels and Saints, may God quickly restore the traditional teaching of the Church on Creation and Holy Marriage, and pour out His grace upon the whole world so that all souls will embrace and live these teachings—as well as all of the doctrines of the one, holy, Catholic and apostolic Church!

P.S. Jimmy Akin recently took part in a debate regarding the age of the universe with a young Catholic theologian who defended the traditional Catholic Biblical chronology. Robert Sungenis has recorded an excellent critique of Jimmy Akin's arguments which can be viewed at this link.
P.P.S. We have decided to hold our 2022 annual leadership retreat at the headquarters of the Apostolate for Family Consecration in Bloomingdale, Ohio, again this year, from Sunday, August 28, until Saturday, September 3. For more information or to obtain a registration form, please email me at howen@shentel.net.
March 12, 2022
0 7 minutes read
Share
Facebook Twitter LinkedIn Tumblr Pinterest Reddit VKontakte WhatsApp Telegram Viber Share via Email Print