In this newsletter I would like to return to an urgent topic that we try to address from time to time—the link between the abandonment of the traditional Catholic doctrine of creation and the epidemic of spousal abandonment by Catholic spouses aided and abetted by an annulment-on-demand-culture in many Catholic dioceses.  In particular, I want to alert you to the work of Mrs. Bai Macfarlane at Mary’s Advocates and to encourage you to support her efforts to defend Catholic marriage.  https://marysadvocates.org/

Not so long ago, as the freemasons, communists, and other enemies of God and His Church strove to undermine the foundations of Catholic civilization by introducing legal divorce into Catholic countries like Italy where it was prohibited by law, Pope Leo XIII wrote an encyclical to exhort the Bishops of the whole world to defend Holy Marriage on the foundation of the Church’s teaching on the creation of Adam and Eve.  He wrote:

We record what is to all known, and cannot be doubted by any, that God, on the sixth day of creation, having made man from the slime of the earth, and having breathed into his face the breath of life, gave him a companion, whom He miraculously took from the side of Adam when he was locked in sleep. God thus, in His most far-reaching foresight, decreed that this husband and wife should be the natural beginning of the human race, from whom it might be propagated and preserved by an unfailing fruitfulness throughout all futurity of time. And this union of man and woman, that it might answer more fittingly to the infinitely wise counsels of God, even from the beginning manifested chiefly two most excellent properties--deeply sealed, as it were, and signed upon it--namely, unity and perpetuity (Arcanum divinae, 5).

It is remarkable to realize that God not only instituted Holy Marriage at the beginning of creation; He actually created Eve in the state of matrimony, while Adam lived only a short time in the unmarried state, and was given the opportunity to experience that state in large part so that he would come to appreciate the vast superiority of human nature above all animal natures and the gift of a help-mate who was truly “flesh of his flesh and bone of his bone.” Adam and Eve had no “marriage preparation” classes, and when they “fell,” they had as solid grounds for annulment on the ground of “immaturity” as any spouse who has ever sought an annulment from a marriage tribunal.  Yet divorce was never an option for Adam and Eve, and they were “faithful unto death” not for decades but for centuries—although the Holy Scriptures do not tell us whether Eve lived as long as or even longer than her husband.

What we do know is that they remained profoundly united to each other even in the limbo of the just, because the entire iconographic tradition of the Church tells us that Our Lord Jesus Christ sought them out together and led them to Heaven as the mother and father (according to nature) of all mankind.

Tragically, a theistic evolutionist account of human origins fosters the notion that marriage was not divinely instituted, but that it “evolved” and was established by human beings as a way of helping to ensure their survival in the struggle for existence—or some such imaginary scenario.  An institution that human beings established—even if the grace of God is assigned some undefined role in the process—can never command the respect that a divine institution commands. If human beings can “make” marriage, it would seem to follow that they can “un-make” it—which is why Our Lord Jesus Christ emphasized the gravity of any human effort to undermine the marriage covenant when He said, “What GOD has joined together, let not man put asunder.”

The annulment-on-demand-culture that exists in so many dioceses today could not possibly exist if Church leaders and judges on marriage tribunals believed that God Himself established Holy Marriage and laid down the rule of “one man for one woman for life” from the beginning of creation. My wife and I have been shocked and scandalized at the way that so many of our Catholic brothers and sisters, including priests and lay faithful, have failed to work to save the troubled marriages of Catholic couples we have known in various parishes, and have instead encouraged one of the parties to seek an annulment while urging the other to reconcile himself or herself to a de facto termination of the marriage. 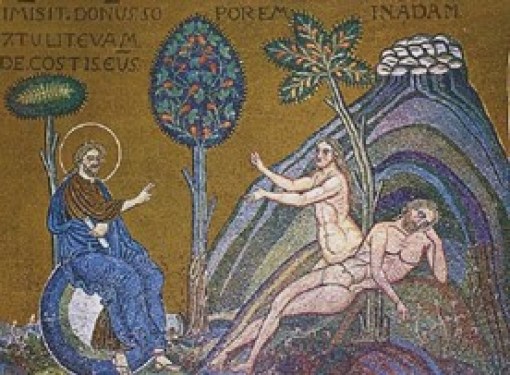 We know a very good Catholic family whose son and his wife are both graduates of a “traditional” Catholic college who married shortly after graduation.  The son had to work long hours to support his wife and a growing family; his wife became disillusioned and separated and divorced her husband after having had three children by him; was granted the family home and child and spousal support by a family court judge, and now seeks an annulment on the grounds that she was “too immature” to enter into a valid marriage!  From our point of view, the ultimate scandal in this tragic series of events is the fact that not one of the Catholic friends of the abandoning spouse seems to have taken her to task and urged her to be reconciled with her husband.  But this is exactly what we have seen again and again, as one of the Catholic spouses in a marriage seeks to escape the normal crosses that come with Holy Marriage and the challenges of raising a family in a neo-pagan, anti-Christian world by abandoning his or her spouse and using the civil courts to force the abandoned spouse to support him or her—it is the woman who seeks separation two-thirds of the time nowadays—in a state of independence.

What is particularly discouraging is to note how rarely this epidemic of marital abandonment is addressed from the pulpits of parish churches, and how rarely, if ever, Catholics are reminded of their duty to fight to preserve the marriage bond when the marriages of their friends, relatives, or acquaintances come under attack.  We have seen what a difference it makes when friends and neighbors work hard to support and encourage spouses in struggling marriages to persevere.  Indeed, we have seen separated spouses in seemingly “hopeless” situations reconciled after a few dedicated Catholics strove for long periods of time to encourage them to be reconciled—while most of their fellow parishioners encouraged the separating spouse to seek an annulment that would permanently break up the family.

Before concluding this newsletter, I would like to make two corrections to the previous one.  In the first place, I mistakenly identified St. Bridget of Sweden as a Doctor of the Church when she was named not a Doctor of the Church but a Co-Patroness of Europe by Pope St. John Paul II.  In addition, I would like to clarify that what I called the Byzantine tradition in regard to fasting was actually the universal practice of the Catholic Church, and that the strict Lenten fast maintained by Catholics and Orthodox of the Byzantine tradition was actually maintained by Catholics of the Roman Rite throughout the Middle Ages up to the time of the protestant revolution and beyond.

Finally, if you are interested in attending this year’s annual leadership retreat in Bloomingdale, Ohio, from August 22-28, please let me know as soon as possible.   To obtain more information or to reserve a place for an individual or a family, please write to me at howen@shentel.net

P.S.  For a beautiful explanation of the profound connections between the account of Adam and Eve in the sacred history of Genesis and the Sacrament of Holy Marriage, please listen to the inspired homily at this link on Sensus Fidelium.

P.P.S. On Tuesday, March 9, I was interviewed on Radio Maria at 12 noon Eastern Standard Time on the program "The Quest for a Culture of Life in America" on the traditional Catholic doctrine of creation as the only firm foundation for a culture of life.  I will be interviewed for a second time this coming Tuesday, March 16, at the same time on the same topic.  Here is a link to the previous interview. It is amazing how many faithful Catholics still have not heard a single good defense of the traditional doctrine of creation.  Please spread the word!