The primary focus of this newsletter is a beautiful testimony to the initial response of the Church to the wild speculations of Buffon, Lyell, Darwin and their disciples as displayed in the writing and preaching of the French Dominican Henri Lacordaire.  First, however, I want to make sure that all of our readers are aware that Pope Francis has announced that he will join with a papal envoy to Ukraine, Cardinal Krajewski, in Fatima, to consecrate Russia and Ukraine to the Immaculate Heart of Mary on March 25, in St. Peter’s Basilica in Rome.

Towards the Consecration of Russia 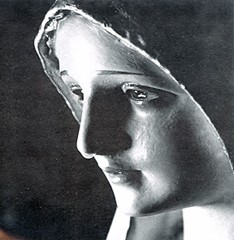 I urge you or anyone known to you who has any influence with his local Ordinary or with any other Ordinary to please implore them to join the Pope in the consecration on March 25th "to avert a Third World War" and to obtain peace for the world. If each individual Ordinary unites with the Pope and consecrates Russia and Ukraine to the Immaculate Heart of Mary in his own cathedral on March 25, this would certainly fulfill Our Lady of Fatima's request for the consecration of Russia by the Pope and the Bishops.

In the meantime, please join me in praying this Novena to Our Lady of Fatima recommended by Bishop Athanasius Schneider, that the consecration will be completed according to her intentions. On this great feast of St. Joseph, the Guardian of the Church, I would also ask that we offer these prayers through his hands, that by his powerful intercession we might obtain a favorable answer to our Novena:

O Immaculate Heart of Mary, Holy Mother of God and our most tender Mother. Look down upon the distress in which the Church and all humanity finds itself due to the spread of godlessness, materialism and the persecution of the Catholic Faith, errors of which you warned in Fatima.

You are the Mediatrix of all graces. Obtain for us the grace that all the bishops of the world, in union with the Pope, may consecrate Russia and Ukraine to Your Immaculate Heart on March 25, 2022. By this consecration we hope — as you told us in Fatima — that, at a time appointed by God, Russia will be converted, and mankind will be granted an era of peace.

We hope that by this consecration, the triumph of Your Immaculate Heart will soon draw near and the Church will be authentically renewed in the splendor of the purity of the Catholic Faith, the sacredness of the liturgy and the holiness of the Christian life.

O Queen of the Holy Rosary and our most tender Mother, turn Your merciful eyes toward the Pope, the bishops and each of us, and graciously hear our fervent and trusting prayer. Amen.

The Credulity of Unbelief

The French Dominican Fr. Henri Dominique Lacordaire, O.P., was undoubtedly one of the greatest preachers of modern times.  Born in France after the French Revolution, Lacordaire made the mistake of thinking that the confessional state was a thing of the past and that the social reign of Our Lord Jesus Christ must be achieved solely through the propagation of the true Faith in an atmosphere of religious liberty.  This ultimately brought him into conflict with the Pope who in the person of Pope Gregory XVI condemned this notion in his encyclical Mirari vos.  Nevertheless, Lacordaire’s extraordinary ability to proclaim the Faith in a way that attracted the interest of Catholics and non-Catholics alike seemed to confirm his mistaken conviction that religious freedom would suffice to spread the Kingdom of God in ways that the Catholic monarchies of the past had failed to do.  Indeed, it is remarkable to see how powerfully he exposed the absurdity of men’s attempts to substitute their wild speculations for the truth of creation at the very time when Lyellian geology and Darwinian biology were bursting on the scene.   In “The Credulity of Unbelief,” Fr. Lacordaire gives us a glimpse of the sane reaction to evolutionary fantasies that characterized the Church’s initial response to Lyell, Darwin and their disciples.

The mind being made for truth is affirmative by nature. If it lose the affirmations which have their foundations in God, it surrenders itself easily to the first which are presented to it and bear the stamp of genius, of boldness, or of novelty. The intelligence, enfeebled by the sub- traction of its natural sustenance, which are the just and the true, resembles a sea deprived of the tribute of its rivers, and whose diminished waters receive with avidity the impure slime which chance streams bring to it here and there. Everything is good to him who has nothing, and the more profound has been the negation in the mind, the more accessible it is to the seduction of the absurd, so that there is no credulity equal to that of an unbeliever. "They will heap to themselves," says St Paul, "teachers, having itching ears, and will indeed turn away their hearing from the truth, and will be turned unto fables."*

The Man Who Believes Not in God Believes in a Dream

O you, then, born in an unbelieving age, and who aspire to the glory of founding a doctrine, trouble yourselves no more with the thought that it will not listen to so mediocre a project! If nature has bestowed on you the gift of speaking or of writing, it is enough; and it is not certain that a pen or a tongue of gold is necessary; lead has often succeeded. Make merry with your friends, and tell this proud age of what you please, the dream which you had yesterday, or that which you will have to-morrow. It asks no more to believe in you, to love you, to admire you, to call you immortal while you live, and to raise to you a statue when you die.

Would that the Dominicans of today would drink from the pure fountains of apostolic teaching as transmitted by the Fathers of the Church and tell the faithful once again, as Fr. Lacordaire did, that the emperor of evolution has no clothes!

P.S. We have decided to hold our 2022 annual leadership retreat at the headquarters of the Apostolate for Family Consecration in Bloomingdale, Ohio, again this year, from Sunday, August 28, until Saturday, September 3. For more information or to obtain a registration form, please email me at howen@shentel.net.
P.P.S. I have been invited to speak to a chapter of the Chesterton Society in the state of Washington and to the newly-founded community of the Sons of the Most Holy Redeemer in Montana during the first two weeks of May. If you know of any parish, school, or other community in Northern California, Washington, Montana or Oregon, that would be interested in hosting a Kolbe presentation during that period of time, please let me know as soon as possible.
March 19, 2022
0 5 minutes read
Share
Facebook Twitter LinkedIn Tumblr Pinterest Reddit VKontakte WhatsApp Telegram Viber Share via Email Print