When one contemplates the increasingly irrational and barbaric proposals and behavior of so many of the elites of the western world, one cannot escape the conclusion that most of the world's richest, most powerful and most highly educated people now live in a state of collective insanity, in which they believe in a totally mythical evolutionary past, which, in turn, makes them believe in an equally mythical present and future. To make matters worse, they also believe in a totally distorted configuration of the material universe, which - contrary to the evidence of their senses and the empirical evidence available to them through their own telescopes and space probes - leads them to believe that they live on an insignificant planet in an inconsequential corner of a vast universe. Worst of all, however, is the crushing realization that many of our own Church leaders have abandoned the liturgical, doctrinal, and philosophical sanity of the Catholic Faith to embrace the insanity of the princes of this world.

But this is no reason to lose our peace - or, worse yet, to abandon the barque of St. Peter as so many nowadays are being tempted to do. Sanity still reigns in the Church and flows from her Sacred Scriptures, from her Sacred Liturgy, from her Sacraments, and from her authoritative teachings. And no one can deprive us of that peace and sanity without our consent. It is our baptismal birthright! We need only to drink continually from these pure fountains to retain our sanity and our peace. 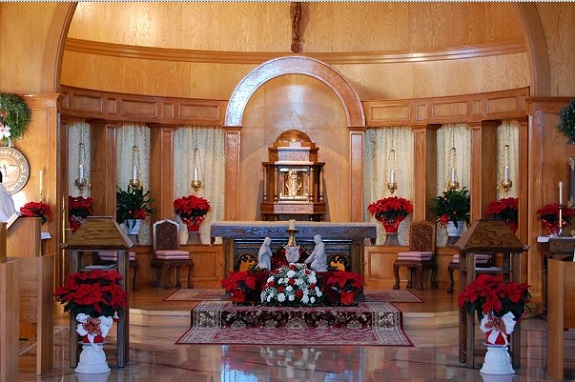 Recently, I had the privilege of revisiting Holy Trinity Maronite Monastery in Petersham, Massachusetts, where the beautiful prayers of the Maronite liturgy rise up to the Most Holy Trinity night and day, continually reminding the monks and the lay faithful in attendance at their services of the six days of creation when God made everything for us in our first Father Adam, in view of the Incarnation and the Immaculate Conception:

Lord God, our Creator, all living things adore You, and every creature exalts Your only Son.  Through You all things came into being.  On the first day, by Your command, You separated light from darkness; the resplendent day appeared in the world, which You had made out of love for Adam, image of Your majesty and sign of Your eternal love (from the First Sunday after Epiphany, Ramsho (Evening), Sedro (part of the Hoosoyo).

O Lord, how marvelous are Your works; You made them all with power and wisdom!  On the first Friday of time, You created man in Your image.  You allowed him to enjoy Your creation and took pride in the fact that he was Your friend.  You walked with him in the paths of paradise, in the breeze of the evening.  On another Friday You were nailed to a cross between two thieves, redeeming us by Your Blood (From the Hoosoyo Qolo).

On this Friday, the Church celebrates Your Resurrection, for You shook off the dust of the grave, adorned Yourself with the light of glory, and became the First-born of those who rest in peace.  Glory to You, O Word, by whom all things were made.  On the first Friday You created man in paradise, on the second You made of him a new creature by Your death and resurrection.  We glorify and praise You, O Creator and Redeemer, for what You have done, now and forever.  Amen. (Prayer of the Faithful, Common of the Week, Season of Resurrection, Friday, Safro (Morning). 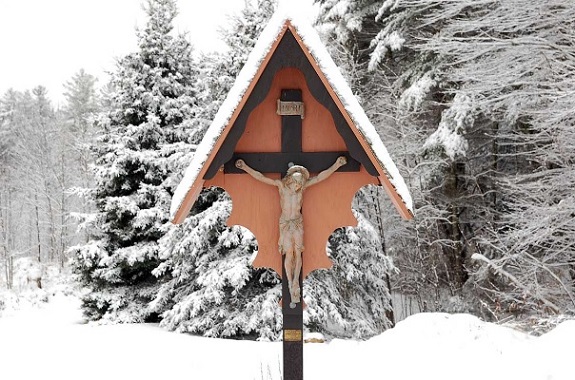 To leave the secular world behind and to attend monastic services in the Maronite rite quickly restores one to sanity, as so many of their prayers recall the work of creation, and quite a few even specify the six days of creation. But they are not unique in that respect. Indeed, the traditional prayers of the Roman Rite and of the other approved rites of the Catholic Church breathe the same spirit of sanity. A Benedictine monk recently gave me a wonderful document containing the text of a series of hymns for Vespers attributed to Pope St. Gregory the Great. According to the author:

There is strong probability that these hymns are the work of one and the same author, and that that author is no other than the illustrious Pope and Doctor of the Church, St Gregory the Great (540-604). In this connection it is interesting to record the opinion of the editors of the carefully edited Historical Edition of Hymns Ancient and Modem (1909) : "The set,'' in their opinion, ''must have come from one author, and it is not improbable that that author was St. Gregory'' (p. 21). And again: "The series as a whole is probably rightly identified with a set of hymns for every evening in the week, which Irish records describe as having been sent by St. Gregory to St. Columba. The ancient preface to Columba's hymn Alius prosator describes the coming of St Gregory's messengers with gifts, including a set of hymns for the evenings of the week, and the sending by St. Columba of his hymns to St. Gregory in return. The series is not unworthy of such an author, and the hymns go far to justify the tradition that ascribes to that most versatile of popes a place among the Hymn-writers."

Like the prayers of the Maronite Liturgy which link the creation of man on the First Friday of the world to Our Lord's Life-giving death on the Cross on Good Friday, and the creation of the light on the "first day" of Creation to the Lord's glorious Resurrection on "the first day of the week," Pope St. Gregory's prayers for Vespers recapitulate the works that Moses records on each of the days of the Hexameron and have been incorporated into the liturgical prayers of the monastic horarium for centuries. The excerpts that follow were translated into English from the original Latin: 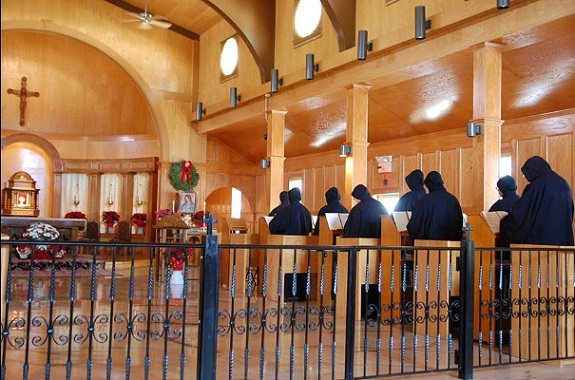 Blest Creator of the light
Who mak'st the day with radiance bright.
And o'er the forming world didst call
The light from chaos first of all;
Whose wisdom joined in meet array
The morn and eve, and named them Day:
Night comes with all its darkling fears;
Regard Thy people's prayers and tears.
Lest, sunk in sin, and whelmed with strife,
They lose the gift of endless life.

Great Creator of the sky,
Who wouldst not the floods on high
With Earthly waters to confound,
But mad'st the firmament their bound,
The floods above Thou didst ordain;
The floods below Thou didst restrain.

Benignant Creator of the world,
who didst divide the surface of the earth, and,
driving off the troubled waters didst firmly establish the land
That it might bring forth appropriate produce, be adorned with golden flowers,
become prolific in fruits, and yield agreeable sustenance.
Cleanse by the freshness of Thy grace the wounds of the sin-parched soul,
that it may wash away with tears its evil deeds, and suppress sinful emotions.

O GOD, whose hand hath spread the sky,
And all its shining hosts on high
And painting it with fiery light.
Made it so beauteous and bright:
Thou, when the fourth day run
Didst frame the circle of the sun
And set the moon for ordered change
And planets for their wider range:

O God of great power, who dost assign in part
The offspring of the fertile water, to the deep, and in part dost raise them aloft in the air;
Thou dost consign the fishes to the waters, and liftest up the birds on high,
that animals proceeding from the same source might occupy different places.
Grant to all Thy servants, whom the stream of Thy blood hath cleansed,
to know not sinful falls, nor suffer the loathsomeness of spiritual death.

O august Creator of man, who alone dost dispose all things.
Thou didst command that the earth bring forth reptiles and beasts.
And at the word of the Creator, the huge bodies of created beings became instinct with life, to obey Thy servants through determined changes of time.
Drive from us whatever evil desire may violently disturb us,
whether it attaches itself to our morals or intertwines itself with our actions.

According to the principle of "Lex Orandi, Lex Credendi," St. Lawrence of Brindisi, Doctor of the Church, considered the testimony of these hymns so weighty that it settled the ancient controversy as to whether the sun was created whole and entire on the fourth day of creation - as the Wednesday prayers for Vespers teach - or was fashioned from the light that God had created on Day One. For St. Lawrence, the last Doctor of the Church to write a detailed commentary on Genesis, it was inconceivable that the Holy Ghost could teach any doctrine through the official prayer of His Church that was not true. And, indeed, who in his right mind could imagine that our Heavenly Father would allow His beloved children to chant these beautiful prayers all over the world for almost two thousand years, if what they praise and commemorate were not true?

P.S. We are formulating a plan for a dramatic outreach to the public near the Smithsonian Institution in Washington, D.C., this spring, to expose the evolution fraud and to proclaim the truth of Creation and of Our Lord's Life-giving Passion, Death and Resurrection. If any of our readers would be willing and able to come to Washington, D.C. for a day or two in April or May to participate in this project, please send me an email at howen@shentel.net If you live too far away to commute to the venue but would like to participate, we can find you a place to stay at our home in Virginia or with another family closer to Washington, D.C. We will need at least a dozen volunteers to justify obtaining the necessary permit from the Department of the Interior so that we can carry out our plan successfully.