On April 23-24, 2021, a conference on “Evolution and a Catholic Understanding of Creation” will be held at the Franciscan University of Steubenville.  Unfortunately, the one view with regard to the origins of man and the universe that will not be represented at the conference will be the one that was believed and taught by all of the Fathers, Doctors, Popes and Council Fathers in their authoritative teaching—the special creation of all things as set forth in the sacred history of Genesis.  This shocking anomaly becomes easier to understand when one learns that the conference is being partially funded by a grant from the Templeton Foundation, an organization which seeks to amalgamize all of the major religions of the world into a one-world religion of evolution-based panentheism. In this article, we will examine the work of the Templeton Foundation and the harm that the Foundation has done and continues to do by underwriting theistic evolutionism in Catholic institutions. 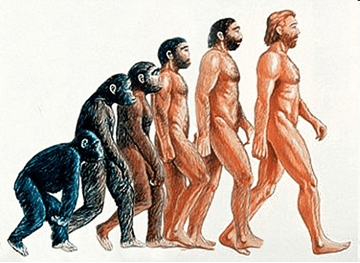 The Templeton Foundation was established by the wealthy investor Sir John Marks Templeton (1912–2008) to promote research into the cross-section of religion and natural science so as to discover the unity that underlies all religions and its scientific basis.  Not surprisingly, the Templeton Foundation staff assume that molecules-to-man evolution is a fact and seek to harmonize the religious traditions of the world and the discoveries of modern science within an evolutionary framework.  From his evolutionary perspective, Templeton believed that true humility required that human beings not look upon themselves as the goal of creation but rather as “servants of creation,” called to actively participate in the evolution of the cosmos.  He wrote:

Although we seem to be the most sophisticated species at present on our planet, perhaps we should not think of our place as the end of cosmogenesis.” We must resist the pride that might tempt us to think that we are creation’s final goal, and seek to become “servants of creation or even helpers in divine creativity.” We may be “a new beginning, the first creatures in the history of life on earth to participate consciously in the ongoing creative process. 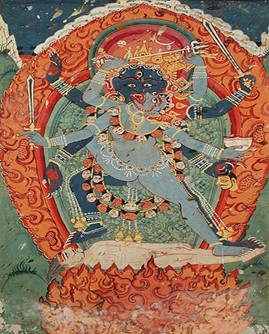 In this respect, Templeton found himself in perfect agreement with Fr. Teilhard de Chardin, S.J., who also denied the original perfection of the universe and who prophesied utopia in the future through man’s participation in the evolutionary process.  Templeton identified himself as a Christian but explicitly singled out the Unity School of Christianity as the community whose views were most compatible with the mission of his foundation.  Unfortunately, the Unity School of Christianity has much more in common with Gnosticism than it does with traditional Christianity.  According to an excellent analysis of the cult on the Probe Ministry website:

The Unity School of Christianity is recognized as a cult because it exhibits several cultic characteristics. One such characteristic is syncretism. Syncretism is the attempt to combine or reconcile differing beliefs, usually by taking the most attractive features from several sources and combining them into a something new. Unity has taken what some would call “the best qualities” of various religious view points and combined them into a new and more acceptable faith.

Another characteristic of cults that is true of Unity is the denial of the biblical doctrine of salvation by faith in Christ’s person and His finished work on the cross. In Unity, salvation comes by recognizing our inherent divinity and our oneness with God . . .

Unity is the blending of various religions and belief systems into one unified system of thought. The Fillmores [founders of the cult] introduced beliefs into their system that had been commonplace in Eastern religions and occult practices.

The Fillmores introduced a pantheistic view of God to their followers and saw God as being both male and female. God is seen as an energy or force that resides in all things both animate and inanimate. Likewise God is seen as being impersonal and a part of His creation.

Jesus is a principle of “love” that brings oneness to all things. This Christ principle is present within each one of us and ultimately unifies us in a salvation experience.

Unity teaches that man’s primary problem is that he has spiritual amnesia and needs to reconnect with his destiny. He needs to regain the realization that he is evolving toward divinity.

Salvation, according to Unity, comes by recognizing one’s divine nature. Unity does not recognize the Atonement of Christ but rather seeks what Eastern mystics refer to as at-one-ment or realizing oneness with the divine on a spiritual level.

Since Unity does not recognize the work of Christ on the cross (the Atonement), but rather accepts evolution as a positive ingredient in man’s spirituality, it is only logical that they embrace reincarnation as a valid system for spiritual enlightenment. As you can see, then Unity is not based on biblical teaching. To the contrary, it is heavily influenced by Eastern thought and belief. Unity is a classic New Age cult and is not Christian in any aspect of its doctrine or teaching. https://probe.org/unity-school-of-christianity/

The Templeton Foundation donates 70 million dollars each year to various institutions to advance its gnostic agenda.  Besides being a major donor to the Biologos Foundation, the leading promoter of theistic evolution in the protestant world, the Templeton Foundation has also given substantial amounts of money to Catholic institutions.  Biologos itself funded the Thomistic Evolution website to promote theistic evolution to Catholics using arguments that have been rebutted in the “Replies to Critics” section of the Kolbe Center website and in the article by Fr. Thomas Hickey and Eric Bermingham at this link.   A recent article published by Creation Ministries International identified some other recipients of Templeton funding:

And an examination of the nature of the grants that the foundation provides, as well as the purpose behind these grants, is telling indeed.

Other grants have been made to train Roman Catholic teachers and preachers to engage the dialogue between science and religion, to promote ‘science’ engagement in rabbinic training, and to measure science engagement in Roman Catholic high schools and seminaries. Further investigation into the nature and purpose of these grants reveals a common thread. For example, La Jolla Presbyterian Church received a grant from the Templeton Foundation for a program that “seeks to engage young adults (college and post-graduate) in a discussion of science and faith with leading scientists who are Christians.”

The McGrath Institute for Church Life at Notre Dame University received a $1.675 million grant for their Science and Religion Initiative, which “seeks to frame science education within the broader context of Catholic theology.” According to the institute’s director, “The perceived conflict between science and religion is one of the main reasons young people say they leave the Catholic church… this grant allows us to address this misperception and help high school teachers create pedagogies that show that science and religion—far from being incompatible—are partners in the search for truth.”

It is bitterly ironic that an Institute at Notre Dame University should receive more than one and a half million dollars from the Templeton Foundation to help check the mass exodus of Catholic young people out of the Church with more evolutionary indoctrination.  In reality, evolution-based accounts of origins have been main-stream in Catholic schools, universities, and seminaries for more than 60 years and are directly responsible for destroying the foundations of the Faith for generations of Catholics.  For Catholic intellectuals to argue that more evolution-based teaching will stop the flood of young Catholics out of the Church is like Planned Parenthood leaders arguing that more sex education will reduce teen pregnancy.  In both cases, the proposed cure is actually the primary cause of the disease—the loss of supernatural faith in the “whole counsel of God,“ on the one hand, and the destruction of modesty and innocence on the other. 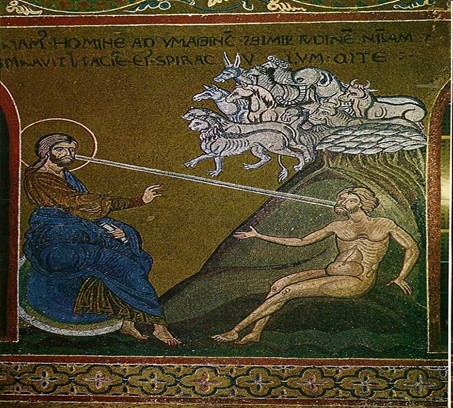 A ”Catholic” Understanding of Creation?

A glance at the program for “Evolution and a Catholic Understanding of Creation” suffices to show that the conference will promote the view that microbe-to-man evolution is settled science; that the theology of St. Thomas can be reconciled with that fact; and that it is not a problem for Catholics to believe that the god of evolution used hundreds of millions of years of death, deformity and disease to evolve the bodies of subhuman primates to be able to receive a human soul or to conceive a human being.

Nothing in the program suggests that any of the speakers will raise the 64 trillion dollar question as to how an all-knowing, all-loving, all-powerful God would allow His Church to teach a false account of the origins of man and the universe from the time of the Apostles—an account drawn from the sacred history of Genesis—which confirmed the perfection of the original creation, the special creation of Adam and Eve, and the absence of human death, deformity and disease before the Original Sin of Adam.  Nor is there any indication in the program that any of the speakers will point out the blasphemous nature of the claim that the god of evolution finally revealed the truth about how he evolved the universe, not by raising up saints and scholars from within the Church to enlighten Her, but by raising up godless scientists like Lyell, Huxley, and Haeckel—men who hated the Church and wanted to destroy Her—to enlighten her leaders.

Under these circumstances, we have a duty to pray and sacrifice for the leaders of the Franciscan University of Steubenville that they will receive the grace to renounce these errors and to embrace and teach the traditional Catholic doctrine of creation as the necessary foundation for the one, holy, Catholic and apostolic Faith.

P.S.  The denial of the special creation of Adam and Eve lies at the root of the current widespread confusion about sexual morality and gender.  The so-called Equality Act before the United States Congress demonstrates the utter insanity that ensues when God’s Revelation regarding the Creation of Adam and Eve is abandoned in favor of pseudo-scientific myths and fables.  Please go to this link to become informed about the Equality Act and urge your U.S. Senators to vote against this dangerous and perverse legislation.