In this newsletter, I would like to emphasize the special value of organic gardening in the midst of the current global coronamania.  I would also like to repeat a recommendation that I have made a number of times—to explore a specific method of organic gardening that a number of our member families have practiced successfully in several countries.  Finally, I would like to alert you to the risk of transmission of disease from people who have received the new experimental injections to members of their households who have not been injected—and to repeat the warning that we have sounded previously against allowing human beings to receive injections that can modify their genetics in irreversible and potentially disastrous ways. 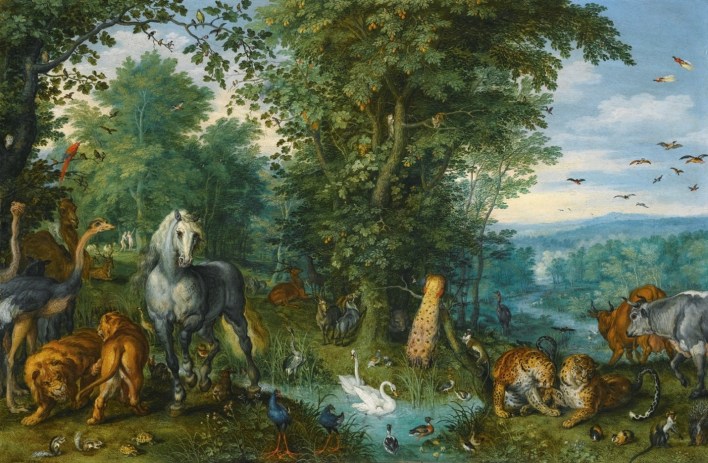 The liturgical readings for the Easter season normally recall the experiences of the first Catholic communities, as recorded in the Acts of the Apostles.  In the account of Cornelius the Centurion in Acts Chapter 10.  St. Luke tells us that Cornelius was told by an angel to summon St. Peter to instruct him.   Meanwhile, the Lord prepared St. Peter for this encounter with a gentile through a vision, and the Holy Spirit confirmed that St. Peter should go to see him.  When St. Peter preached to Cornelius and his household, St. Luke relates that the Holy Spirit descended on them in the same way that He had descended on the Apostles at Pentecost and that they began to praise God. This was a sign to St. Peter that he should baptize them and receive them into the Church.

Today, as has been true throughout the Christian era, there are many souls outside of the Catholic Church who are sincerely seeking the Lord.  Many who receive the Word of God as what it truly is—the Divine Word—are blessed with great insights, only awaiting the visit of some ambassador of St. Peter to enter into the fullness of grace in the Catholic Church.  A Cornelius figure who has heard the Word of God and believed but who as far as I can tell has not yet met St. Peter’s ambassador is Paul Gautschi.  Paul is a master gardener and arborist who has learned his greatest gardening lessons by meditating and praying on the Holy Scriptures.  I strongly encourage all the readers of this newsletter to watch the “Back to Eden” documentary at this link and to ponder Paul’s testimony.  Perhaps some of you will even experiment with Paul’s “Back to Eden” method of gardening!

One of the points the film drives home is that children need a connection to God’s creation to be happy and healthy.  If possible, every family with children at home should have a garden and farm animals.  I am convinced that Darwinian evolution could never have gained traction until a significant part of the populace—especially the educated elite—had been cut off from the land and from their oral traditions.  Christian civilization thrived where these two things co-existed within the context of the Catholic Faith.  But men who are cut off from the wonders of God’s creative handiwork in living plants and animals by city living, and from their own ancestral history through total dependence on written or electronically encoded information—such men can be led to believe all kinds of things that contradict the common testimony of their ancestors and the principles of common sense.  Please join me in praying that if Paul has not received a visit from one of St. Peter’s ambassadors that he will receive one soon; and that he will enter into the fullness of the Truth that he already loves so deeply.

A number of our member families have had great success with the Back to Eden method of organic gardening which is very much based on imitating God’s design in nature.  The main requirement for the successful use of the method, however, is access to a free or inexpensive supply of untreated wood chips or cut branches of various sizes.  Some of our members have struck gold with local tree service companies, while others have not been able to find an economical supply of untreated pieces of wood.  If you would like to correspond with one of our members who has practiced the Back to Eden Gardening method, please send me an email and I will be happy to introduce you.  Since the Back to Eden method requires less labor to maintain once the plot has been prepared, making Back to Eden gardens in neighbors’ back yards can also be a great way for older teenagers to earn money by preparing gardens that older and less experienced gardeners can then maintain.

Gardens in the Midst of Lockdowns

Organic gardening in various forms has proven to be a literal life-saver for some of our friends in Uganda where state-imposed lockdowns brought many families to the brink of starvation.  When government regulations paralyze commerce and prevent the normal transportation of goods, including food, inside a nation, those who are willing and able to grow their own food often find that a garden can spell the difference between life and death. Such was the experience of a number of our dear brothers in Uganda, both priests and laity, at the height of their recent nationwide lockdown.

As the threat of exclusion from economic activity looms larger for those who refuse to cooperate with the anti-scientific diktats of government bureaucrats regarding masks, injections and the like, the value of food self-sufficiency skyrockets.  But the benefits of organic gardening far exceed the essential benefit of providing a measure of food self-sufficiency.  For young and old alike, a fruitful interaction with food plants and livestock fosters an intimate relationship with our Creator and makes us more aware of our total dependency on God.  Indeed, we have observed many times over the years, that the wild conjectures of Charles Darwin could never have gained traction in a society whose leaders retained a living connection with the land and with agriculture.

Organic gardening also offers an escape from participation in a global experiment involving the consumption of genetically-modified food plants by human beings—an experiment which has been going on for decades without the consent of the vast majority of the Earth’s population.  As documented in our book GMO Food: Boon or Bane? and in the article at this link, the Pontifical Academy of Science’s scandalous advocacy for the use of GMO food to combat hunger in Third World countries flows directly from its members’ belief in microbe to man evolution.  Convinced that food plants, like the human body, are the result of hundreds of millions of years of mutation and natural selection rather than direct creation of the original kinds of plants, the members of the PAS assure Catholics the world over that genetically modified foods are just as safe or safer than natural foods because they are the result of genetic modification by intelligent human beings!  Meanwhile, as also documented in our book, the few long-term safety studies that have been done with GMO food and laboratory rats have exposed the grave harm that long-term consumption of these experimental “foods” can do to animals and humans.

A recent roundtable of highly-qualified physicians and researchers has sounded an alarm that the new Covid-related injections are not only producing a rising toll of deaths and injuries in the injected but also in the non-injected members of their households as a result of some kind of transmission that is not yet properly understood.  In two excellent articles on his website, Dr. Doug Corrigan of The Institute of Polymolecular Health (IPH) explains how the experimental Covid injections can permanently alter the injected person’s DNA and set the stage for antibody dependent enhancement (ADE), which is a major problem with any vaccine developed for coronaviruses.  Dr. Corrigan has a Ph.D. in Biochemistry and Molecular Biology, a master’s in Engineering Physics (concentration: Solid State Physics), and a bachelor’s in Engineering Physics (concentration: electrical engineering), and, like Pamela Acker, he has a gift for explaining complicated subject matter in terms that are understandable to the lay person.

The insane drive to inject hundreds of millions of people with an experimental shot that has the potential to permanently modify their DNA in harmful, unpredictable and irreversible ways could only have been sanctioned in an environment in which microbe-to-man evolution through hundreds of millions of years of mutation and natural selection is accepted as a “fact” which only a fool would deny.  When Catholics succeed by the grace of God in restoring the traditional doctrine of creation as the foundation of the Faith, scientists and medical researchers within Catholic academia will be able to devote their talents to understanding the workings of the divinely-designed immune system and to optimizing the functioning of the immune system in human beings, rather than wasting their resources on a dangerous quest to improve on God’s handiwork and to assist in their own evolution.

Through the prayers of the Mother of God, may the Holy Ghost deliver us from every form of deceptive science, enlighten our hearts and minds, and lead us all into all the Truth!

P.S. Among the many great items in the Kolbe web store, one that might easily be overlooked is the puzzle of the holy icon of the first day of creation from Monreale Cathedral.  As explained in the description in the web store:

This magnificent 54-piece puzzle of the beautiful holy icon of the first day of creation from Monreale Cathedral gives the lie to the many modern commentators who insist that “There could not be days without the sun,” by reminding us that God created the light on the first day of creation to alternate with darkness to form the day-night cycle, continuing in that role until God created the Sun on the fourth day of Creation Week to “rule the day” that He had created on Day One.

Below you can see the delight on the face of one our young puzzle-makers! 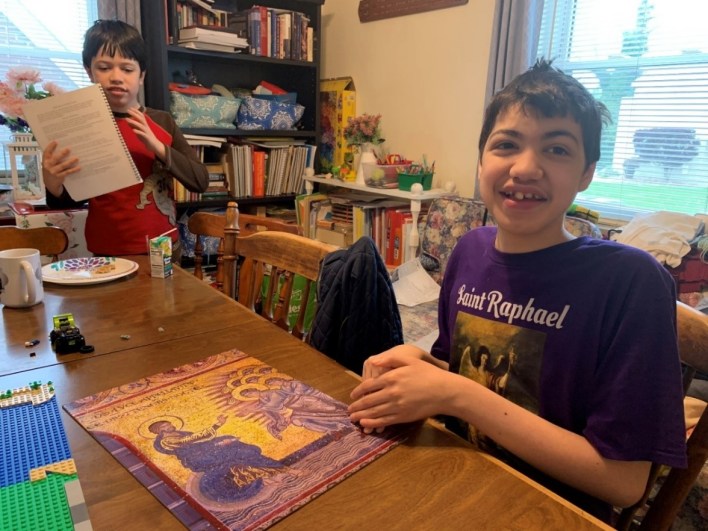 P.P.S. Today is a First Saturday. In an apparition of December 10, 1925, in Tuy, Spain, Our Lady told Sister Lucy of Fatima: