Dear Friends of the Kolbe Center,
Glory to Jesus Christ!
In recent months we have acquired many new subscribers through our DVD series "Foundations Restored." We have also received some criticism from an anonymous reviewer of the DVD series which has prompted us to create a new section on our website for replies to critics of the work of the Kolbe Center. This section includes two new articles, a detailed reply to an anonymous critic of our DVD series and a reply to a diocesan theologian who has defended theistic evolution against the traditional Catholic doctrine of creation in a number of recent articles. We hope and pray that we will be able to have some dialogue with our critics in the future, but, for the time being, since they are not interested in having a public disputatio, we have no recourse but to post our responses to their critiques on the Kolbe website so that Catholics can read the arguments on both sides and judge for themselves where the truth lies.
Although we recalled the example of St. Marcella of Rome and her struggle against an early assault on the traditional doctrine of creation in a recent newsletter, I would like to repeat what I wrote then, so that those who have only recently subscribed to our newsletter can reflect on the similarity between her struggle and our own-especially with regard to the difficulty that she faced in finding opponents of the traditional understanding of Genesis who were willing to defend their views in the public forum.
St. Marcella and the Errors of Origen
One of the tragic consequences of the widespread acceptance by Catholics of theistic evolution is that, having assumed what has never been proven - the evolution of a microbe into a human body through hundreds of millions of years of the same material processes that are going on now - they then presume (again, without proof) that we have "progressed" far beyond our "primitive forebears," in knowledge as well as in technology, so that the study of history has little relevance for us at our advanced stage of evolution. In reality, the historical past contains the lessons that we need to face reality here and now, not the mythical past of a non-existent evolutionary history.
One of the crises in the history of the Church in which papal error played a part was the Origenist controversy of the fourth, fifth and sixth centuries. Origen was a brilliant theologian and teacher in the city of Alexandria, one of the greatest Christian centers of the patristic era. Unfortunately, Origen's fondness for Platonic philosophy led him to mix the doctrines of Christianity with the doctrines of Plato in a way that undermined some of the fundamental dogmas of the Faith. In particular, Origen held that God had originally only created spiritual beings and that the existence of material bodies was a consequence of the Fall. In his view - or, at least, in a view widely attributed to him - even inanimate creatures like the sun had once been spiritual beings, and the human body was itself the consequence of a primordial fall from grace. Many of the Church Fathers of the third and fourth centuries were strongly influenced by Origen and drew heavily from his multi-lingual edition of the Holy Scriptures and his voluminous exegesis of many parts of the Bible. However, by the end of the fourth century, St. Jerome and many other Church leaders began to speak out strongly against the errors in Origen's work, especially in relation to creation, the Incarnation, and the place of spiritual and corporeal creatures in God's plan for the universe.

At the end of the fourth century, St. Jerome's former friend Rufinus arrived in Rome with a translation of one of Origen's works and received a letter of blessing from the Pope, St. Siricius, to speak about Origen's writings. One of St. Jerome's spiritual children, the laywoman St. Marcella (whose feast day is January 31), was living a consecrated life in Rome at the time, and when she learned of the errors that were being propagated from Origen's writings, she protested to the Pope. St. Jerome, though hardly an unbiased commentator, describes what happened in this way: 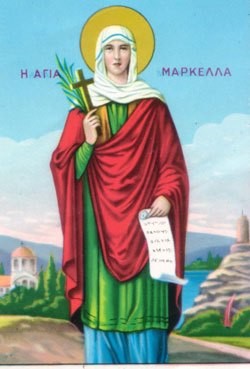 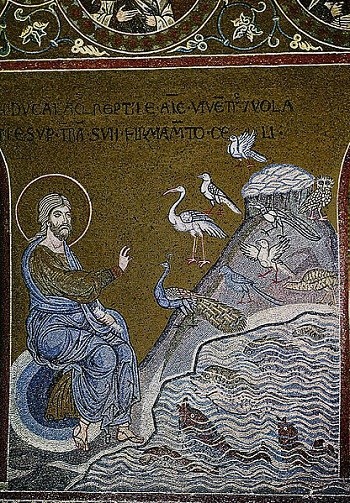 We will provide a theological speaker and a natural science speaker, and invite the theistic evolutionists to do the same. We can then agree on a time, a place, a moderator, and rules for the debate. In this way, we can all finally obey the exhortation of Pope Pius XII in Humani generis to conduct a thorough examination of the arguments for and against the evolutionary hypothesis. Indeed, we are confident that, as it was in the days of St. Marcella, so in our day, an open and honest debate will clearly demonstrate the truth of the traditional doctrine of creation and expose the fatal flaws in the doctrine of theistic evolution.

With gratitude for your faithful prayers and support, I am

Yours in Christ through the Immaculata,
Hugh Owen
P.S. On Sunday, May 10, we held our first Zoom seminar on "Creation, Evolution and the Message of Fatima: The Church in Ukraine Can Save the World." If you missed the seminar, you can watch it on the Kolbe website at this link: https://www.kolbecenter.org/kolbe-center-online-seminar-5-10-20/
P.P.S. The Fatima Center is sponsoring a 54-Day Novena for the intention of obtaining the Consecration of Russia to the Immaculate Heart of Mary as requested by Our Lady of Fatima. Please find out how to join the novena here: https://fatima.org/news-views/let-us-end-this-chastisement-by-offering-a-54-day-rosary-novena/
May 16, 2020
0 9 minutes read
Share
Facebook Twitter LinkedIn Tumblr Pinterest Reddit VKontakte WhatsApp Telegram Viber Share via Email Print