In recent years Pope Francis and many other Church leaders have argued that man-made global warming has been established beyond a reasonable doubt and that Catholics have a duty to work for a reduction in carbon emissions to save the environment.  We have discussed some of the weaknesses of the man-made global warming hypothesis in a previous newsletter. In this newsletter, I would like to point out one of the ways that the Church leadership should be leading the fight to protect the environment from man-made pollution that contributes directly to the worldwide plague of infertility and gender dysphoria. 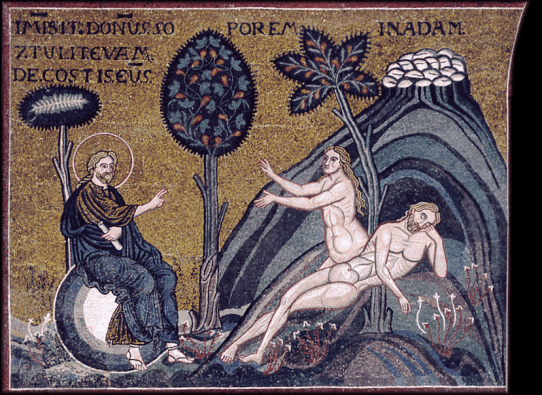 One Man for One Woman for Life

The constant tradition of the Church has taught that God created one man for one woman for life from the beginning of creation and that any use of the gift of sexuality outside of the marital union with an openness to life is a grave offense against God and the natural law.  From the time of the Church Fathers, the account of Onan in Genesis 38 was understood to teach that Onan practiced birth control and that God took his life as a punishment for this capital crime. With the invention of the birth control pill in 1960, many Catholic Bishops and theologians began to call into question the Church’s traditional teaching on contraception.   When the Vatican’s Birth Control Commission was convened to investigate the matter, the voting members of the commission voted 30-5 to overturn the Church’s constant teaching and to allow birth control to married couples.  However, when Pope Paul VI published the encyclical Humanae vitae in 1967, he upheld the traditional teaching of the Church and predicted that the legalization and widespread use of birth control would undermine marriage and the family while contributing to a general breakdown in sexual morality.

While the Pope’s predictions have been fulfilled in spades and Catholic scholars like Janet Smith have documented the terrible effects of contraception on Catholic couples, the traditional teaching of the Church on holy marriage and the evils of birth control is rarely proclaimed from our pulpits or taught in Catholic universities, with the result that the overwhelming majority of baptized Catholics in the western world no longer see anything wrong with homosexuality, pre-marital sex, or contraception.  As a further consequence of this failure to teach “the whole counsel of God,” millions of Catholic women all over the world now use the birth control pill to avoid getting pregnant.  Like all intrinsically evil acts, this one has many unintended consequences.  As reported by journalist Celeste Mcgovern:

And according to one 2009 study of loss of fertility in rats due to EE2, about 3%- to 4% of women continue to take birth control inadvertently in the first trimester of pregnancy, raising concerns about their babies’ early exposure to endocrine disruptors, though it’s impossible to say how many babies and children are inadvertently exposed through drinking water and to what doses or what impact the hormones are having on adults, if any.

With unexplained soaring incidences of testicular cancer, infertility, childhood “gender dysphoria” in increasingly young children, who are confused about their sexual identity, and plummeting sperm counts, some scientists are asking if the fish in the study are like miners’ canaries: They are warning of a problem that has not yet been fully realized.

“Beyond the aquatic environment, the feminizing syndromes found in wildlife appeared to mirror reports of male infertility, genital abnormalities and testicular cancer observed in the human male population, collectively termed Testicular Dysgenesis Syndrome,” recounted Susan Jobling, director of the Institute of Environment, Health and Societies at Brunel University, London, in a 2013 paper for the European Environment Agency. 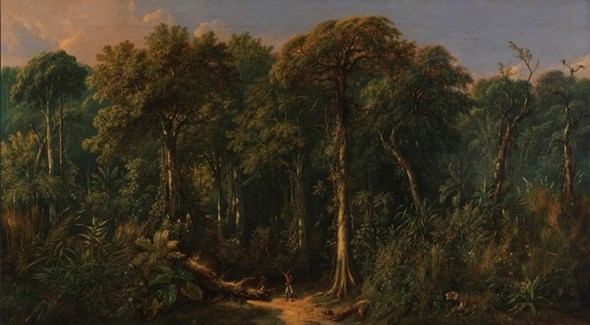 God designed man’s and woman’s bodies to exist in the natural environment that He created for them, and He designed Eve and her daughters to experience the normal cycles of fertility during their child-bearing years.  Contempt for the divine design of man’s and woman’s body has not only led to the widespread production of birth control pills but also to the global use of other chemicals which affect sexual development and fertility.  The pollution of the environment with endocrine or hormone disruptors has gone hand in hand with the global plague of declining fertility and gender dysphoria.  According to Dr. Elizabeth Lee Vliet:

These endocrine or hormone disruptors have been found in the body fat and breast milk of humans throughout the world, as well as in terrestrial and aquatic animal life. They are often called gender benders, for reasons that will become apparent later.

Many of these chemicals—such as dioxin, DDT, PCBs, and others—have been linked with increasing rates of cancer and endometriosis. But there are ominous signs that they also damage ovarian function, contributing to the alarming rise in female infertility, ovarian cysts, PCOS, hormone-triggered depression and anxiety, premature ovarian decline or failure, and immune disorders.

Certain man-made chemicals can act like hormones in the body. Because they persist in the environment for decades or even centuries without being broken down, they are also called persistent organic pollutants, or POPs. POPs pack a whollop to our endocrine system and our bodies: They may accentuate or disrupt, or completely alter or even block the actions of multiple body hormones, and not just estrogen.

Since POPs can mimic or block testosterone, thyroid, insulin, or other hormones, they fit under the broader category of “endocrine disruptors” and can affect anything in our body that is governed by hormones, which means just about everything! There are already hundreds of known POPs, and potentially thousands more . . .

[N]one of these organic compounds existed before the 1930s. Most have been invented in the “chemical age” that started just prior to WWII . . .  Simply put, they are now everywhere. Man-made endocrine disruptors, or POPs, are found in the plastic linings of canned goods, plastic food wrappers, detergents, herbicides, hair dyes, cosmetics, cigarette smoke, and auto exhaust—to name just a few sources. They may even be found in the water we drink, the food we eat, and the air we breathe.

They are also unwittingly added to the environment. Substances that are flushed down the toilet or rinsed down the sink can end up in the water supply, bubbling up in rivers and streams. A U.S. Geological Survey on 140 waterways in 30 states tracked 95 different pollutants, with some surprising results: 74% of the samples contained insect repellents; 48% contained antibiotics; 40% contained reproductive hormones (e.g., birth control pill estrogens and progestins); 32% contained other prescription drugs; and 27% had chemicals used for fragrances. So you may want to think carefully about how you dispose of your old prescriptions!

Since POPs are fat soluble, they become concentrated in the fat tissues of fish, animals, and humans. Anyone or anything at the top of the food chain accumulates the most POPs in body fat because each step in the sequence adds a little more of the pollutants to fatty tissues.

If Catholic natural scientists believed in the true Catholic doctrine of creation, they would never support the introduction of endocrine disruptors into human bodies or into the natural environment, without exhaustive safety testing and for legitimate purposes.  As documented in GMO Food: Boon or Bane?, most of the members of the Pontifical Academy of Scientists believe that the human body and Earth’s plants and animals are the result of an undirected evolutionary process, and it is this belief that makes them willing to support the genetic modification of food crops.  The same evolutionary worldview helps to explain the PAS leadership’s support for birth control and the use of experimental vaccines that have the potential to “genetically modify” human beings. 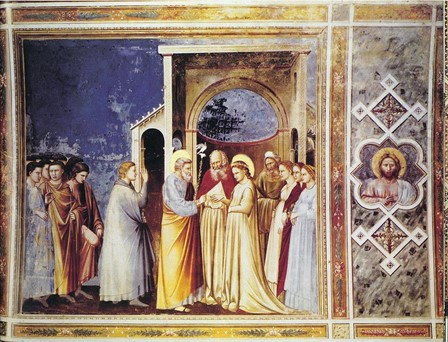 Pastors who want to sanctify the souls entrusted to their care and to teach them to be good stewards of the environment would do well to make a point of proclaiming the Church’s constant teaching on Holy Marriage and the evils of contraception—both of which find their Scriptural foundation in the sacred history of Genesis.

P.S. It is scandalous enough that many Church leaders do not proclaim the Church’s whole teaching on Holy Marriage and the evils of contraception, but many charities supported by the United States Conference of Bishops and other Bishops’ conferences around the world actively promote contraception. Michael Hichborn at the Lepanto Institute has documented the support of the USCCB for these organizations and provides an exhaustive list of charities that promote contraception, abortion and other abominations on his website.