It is one of the tragedies of our time that the sons of St. Dominic and so many professional expositors of the work of St. Thomas Aquinas press the Angelic Doctor into service as a proto-theistic evolutionist, when a straightforward reading of his writings reveals that he would have considered theistic evolution a blasphemy.  On a recent Kolbe Center road trip, I was blessed to discover a recording of the Catena Aurea, the “Golden Chain,” a commentary on the four Gospels by St. Thomas Aquinas, woven together from the writings of the Fathers and Doctors of the Church.

By his choice of patristic quotations on the Gospel of John, Chapter Five, the Angelic Doctor underscores the importance of the doctrine that all theistic evolutionists deny: namely, the distinction between the finished work of creation at the beginning of time, and the order of providence, or the natural order, in which we are living—an order which only began when the entire work of creation was finished with the creation of Adam and Eve.  He writes: And as God only when He had made man in His own image and similitude, and finished all His works, and seen that they were very good, rested on the seventh day: so do thou expect no rest, except thou return to the likeness in which thou wert made, but which thou hast lost by sin; i.e. unless thou doest good works. Augustine. It may be said then, that the observance of the sabbath was imposed on the Jews, as the shadow of something to come; viz. that spiritual rest, which God, by the figure of His own rest promised to all who should perform good works. Augustine. There will be a sabbath of the world, when the six ages, i.e. the six days, as it were, of the world, have passed: then will come that rest which is promised to the saints, Aug. The mystery of which rest the Lord Jesus Himself sealed by His burial: for He rested in His sepulchre on the sabbath, having on the sixth day finished all His work, inasmuch as He said, It is finished. What wonder then that God, to prefigure the day on which Christ was to rest in the grave, rested one day from His works, afterwards to carry on the work of governing the world. "We may consider too that God, when He rested, rested from the work of creation simply, i. e. made no more new kinds of creatures: but that from that time till now, He has been carrying on the government of those creatures. For His power, as respects the government of heaven and earth, and all the things that He had made, did not cease on the seventh day: they would have perished im- mediately, without His government: because the power of the Creator is that on which the existence of every creature depends. If it ceased to govern, every species of creation would cease to exist: and all nature would go to nothing. For the world is not like a building, which stands after the architect has left it. It could not stand the twinkling of an eye, if God withdrew His governing hand. 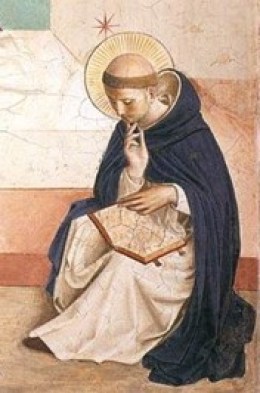 With this commentary, St. Thomas underscores a number of important points relevant to the correct interpretation of Genesis 1-3.  In the first place, he shows that the six days are to be taken literally as six 24-hour days.  This is clear, because he directly compares the literal seventh day when God stopped creating new kinds of creatures because He had created His masterpiece, man, on the sixth day, with the literal seventh day of Holy Week, when the Last Adam rested from the work that He had finished on the “sixth day of the week” when He redeemed us from the Cross. In the second place, he shows that some of the Fathers saw the six literal 24-hour days of creation as a foreshadowing of six ages of time from creation to the end of the world—while none of them interpreted the days of the Hexameron as being anything more than six 24-hour days. Indeed, many of the early Fathers taught that the six 24-hour days of Genesis 1 foreshadowed six thousand years of human history before what St. Irenaeus in Against Heresies calls the “times of the Kingdom.”  These included St. Hippolytus of Rome, St. Methodius, St. Irenaeus, St. Justin Martyr, and Lactantius, the tutor of the imperial household under the Emperor Constantine.  But none of them held the view attributed to them by many Catholic theistic evolutionists today—that the days of Genesis 1 represented a thousand years, or an even longer, indefinite period of time.  Finally, the Angelic Doctor reminds us that God upholds the entire universe with His love at every moment; and that our very existence depends on this continuous loving action of the Most Holy Trinity.

The Character of God

St. Thomas goes on to refute the claim of so many self-identified “Thomists” that God is more glorified by working through a process of evolution that He initiated at the beginning of time than by a succession of fiat creations during the six days of creation.  Commenting on the healing of the paralytic in the Gospel of St. John, Chapter Five, the Angelic Doctor quotes Venerable Bede who writes:

There is a wide difference between Our Lord's mode of healing, and a physician's. He acts by His Word and acts immediately: the other's requires a long time for its completion. 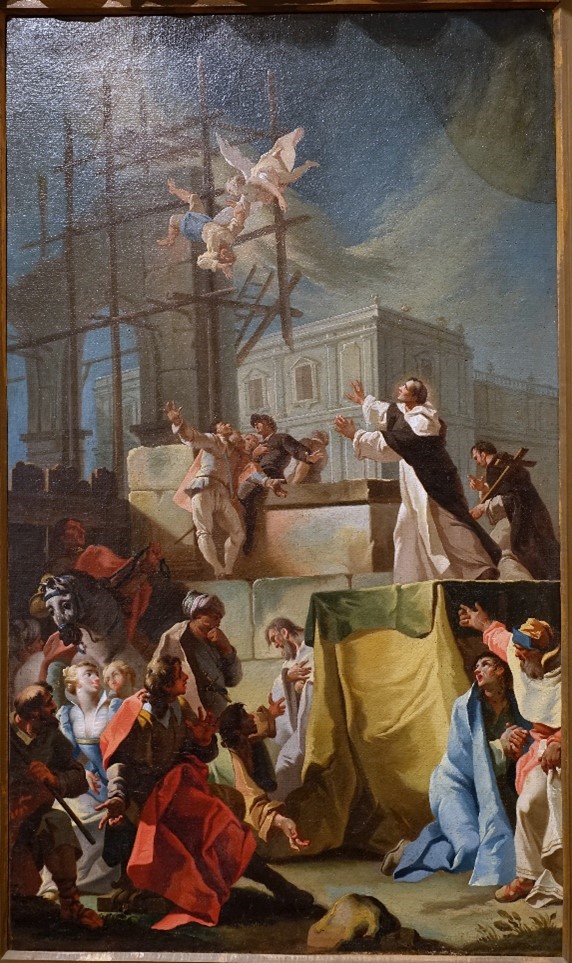 A Miracle of St. Dominic

With this one comment the Angelic Doctor gives the lie to the claim that a leisurely “creation through evolution” over long ages of time harmonizes with the character of God or with His way of acting.  “God acts by His Word and acts immediately”—in the work of creation, in His work of redemption, and in His work of sanctification, whether He acts through the sacraments or in response to the prayers of the members of the Mystical Body of Christ who possess supernatural Faith.  Indeed, the greatest wonder-workers in the history of the Church on the North American continent, Venerable Antonio Margil (1657-1726) and Blessed Solanus Casey (1870-1957), worked every kind of miracle that Our Lord Jesus Christ performed when He walked the earth in His Name.  This they did while constantly proclaiming their faith in the sacred history of Genesis and meditating every day on the Mystical City of God by Venerable Maria of Agreda who was told that Our Blessed Mother was shown the six days of fiat creation, exactly as they had been shown to Moses.

Through the prayers of St. Dominic, St. Thomas Aquinas, and all the Saints, may God renew the faith of all Catholics in the true character of God and in the sacred history of Genesis!

P.S.  Today is a First Saturday. To review Our Lady's requests for keeping the First Saturday, please go to this link at the Fatima Center website: https://fatima.org/first-saturday-devotion/