Summer at our home in Virginia ushers in a whirlwind of activity with our 18 grandchildren, including caring for animals, planting summer crops in our garden, and getting ready for the Kolbe leadership retreat in August.  Not so long ago, I was working in the garden with one of our grandchildren and a neighbor around his age—a little under ten years old.  As we were spreading mulch, we exchanged riddles.  Our neighbor offered this one:

The answer, of course, is TIME.

But this got me thinking. 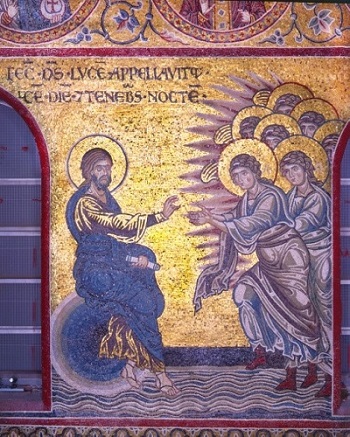 The riddle implies that TIME is a real substance that acts and produces effects throughout the world.  This illusion plays a key role in evolutionary brainwashing, since we are led to believe from childhood that, “given enough time” non-living matter can turn into a living cell, and anything can turn into anything else.  In reality, time is not a substantial reality at all.  It is only a MEASURE of the changes that take place in real things.  Thus, before creation there was no time, because there were no changeable things.  St. Thomas tells us that once the angels were created—even if nothing material had yet been made—time existed, because angels are changeable creatures, and the succession of their acts was sufficient for time to exist.   Thus, it is an illusion to say that “time devours”; it is rather the intrinsic instability of created things, the “bondage to decay” that began with the Original Sin, that causes all material things to move from order to disorder.  Time only MEASURES this motion; it does not produce it.

On the other hand, the riddle contains a true, anti-evolutionary lesson, because it bears witness to the law of entropy, to the universal tendency of material things in this fallen world to move from order to disorder.  Thus, the evolutionist’s belief that time is “the hero of the plot” that turns non-living chemicals into the first living cell and reptiles into birds is not only wrong.  It is the opposite of the truth.  It is important to point this out to people when the opportunity presents itself.  Time measures the changes that take place in nature; but those changes never produce anything essentially new—no new organs or physiological functions, in plants or animals.  All of the different kinds of creatures and all of their essential organs and physiological functions had to be created in the beginning, before time could begin to measure their changes.  But in the beginning, before the Original Sin, although creatures changed, they were not subject to the “bondage to decay” as they are now. 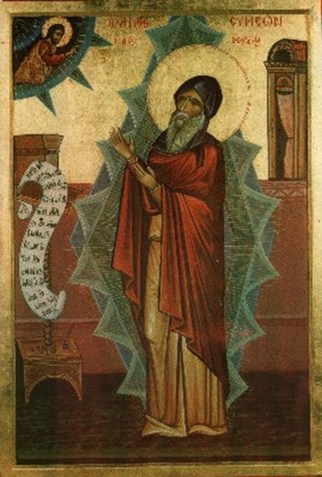 St. Symeon the New Theologian (949-1022) who saw in divine vision the original state of Adam and the first created world tells us that:

God did not, as some people think, just give Paradise to our ancestors at the beginning, nor did He make only Paradise incorruptible. No! Instead, He did much more. Before Paradise He made the whole earth, the one we inhabit, and everything in it. Nor that alone, but He also in five days brought the heavens and all they contain into being. On the sixth day He made Adam and established him as lord and king of all visible creation. Neither Eve nor Paradise were yet created, but the whole world had been brought into being by God as one thing, as a kind of Paradise, at once incorruptible yet material and perceptible.

Thus, time was originally the measure of things that changed without corruption, even as some things were made as food for other things, like plants for animals and Adam and Eve.  This was a foreshadowing of the “new Heavens and the new Earth where righteousness dwells,” where in an even more wonderful way, the blessed will walk with God in a permanent state of glory and incorruptibility.

May His Kingdom come!

P.S.  My itinerary for September is taking shape, but I would still be able to add additional venues if I hear from interested organizers soon.  We are looking at tentative venues in the Cincinnati area around September 12, venues in the Tulsa, Oklahoma, area around September 15, venues in Wisconsin over the weekend of September 19, and venues in Indiana, Ohio, and Pennsylvania on the way back to Virginia.  If you would like to schedule a Kolbe presentation in your area that would fit into that general framework, please contact me at howen@shentel.net as soon as possible.