When I contemplate the traditional icon of the Holy Resurrection which makes present the moment when Our Lord rescued our first parents, St. Adam and St. Eve, from the Limbo of the Just, to take them to Heaven, I am left in a state of shock at the thought that most Catholics today are taught that St. Adam and St. Eve did not even exist.  Had you told any Father or Doctor of the Church that this state of affairs would come to pass, I doubt that any of them would have believed it.  It was so obvious to them that the entire edifice of our Faith and our very existence as one human family absolutely depends on the literal historical truth of the account of the Creation and Fall of our first parents, as set forth in the sacred history of Genesis.  Moreover, a correct understanding of many elements of our Faith also depends on our acceptance of that same sacred history.  In this and our next newsletter, I would like to reflect on what I consider to be God’s greatest miracle, and how a proper understanding of that miracle depends on our understanding of the Mosaic account of the Fall of St. Adam and St. Eve. 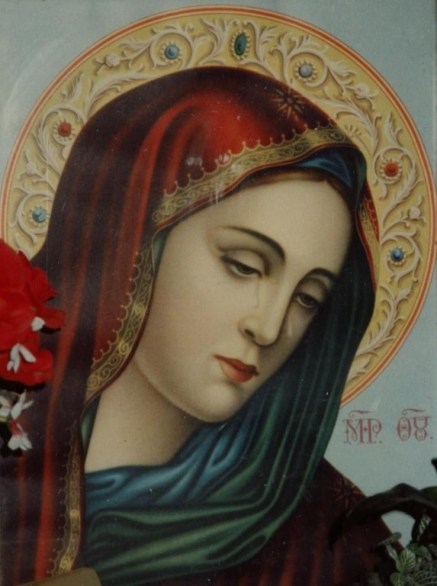 Having been brought up a secular humanist, my understanding of being “sorry” for wrongdoing was completely horizontal.  It simply involved expressing regret for having hurt another human being, physically or emotionally, and perhaps doing something to “make up” for the wrong inflicted.  The realization that I could and should experience sorrow for sin, because it offended God and His gratuitous love for me, and not just because my sin deserved punishment in this life and in eternity—that realization was granted to me for the first time when I was seventeen years old, before I had publicly professed faith in Christianity or thought of entering the Catholic Church.  I still consider that grace of repentance one of the most miraculous graces of my life, because it is so obvious to me that such repentance is a supernatural gift from God, not something that I could produce within myself by my own efforts, no matter how hard I tried.

From the beginning of Our Lord’s public ministry, He (like St. John the Baptist before Him) made clear that turning away from sin and toward God was the indispensable first step towards becoming God’s child by adoption.  However, I have come to believe that—then and now—faith in the Mosaic account of the Creation and the Fall of our First Parents sensitizes souls to understand the nature and the necessity of true repentance and that the abandonment of that faith makes the understanding and receptivity to the grace of repentance much more difficult.

Indeed, it is no exaggeration to say that it was much easier for God to create the heavens, the Earth, the seas and all they contain in six days than it is for Him to effectively grant the grace of true repentance to a single human being.   All of the creatures in the universe were brought into existence from nothing—either mediately, like Adam’s body, from the slime of the Earth, or immediately, like the light and the Angels on Day One—so that there was no possibility of God not producing exactly what He wanted to create.  But the work of “creating” in a soul “a clean heart,” as St. David describes the grace of repentance in the Psalms—is an entirely different matter.  God Himself will not force the soul to repent from the heart and turn back to Him, so that the effectiveness of God’s supernatural gift of true repentance depends entirely on the soul’s willingness to correspond to that grace. 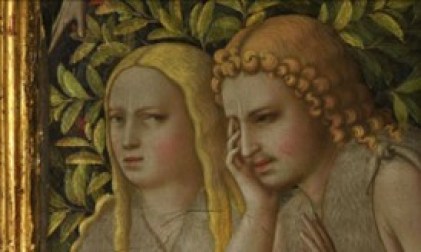 Although St. Adam did not initially experience true repentance for his sin in the Garden of Eden, the sacred history of Genesis and the Tradition of the Church clearly teach that he did receive the grace of true repentance soon thereafter.  Moreover, his expulsion from Paradise made him ever mindful of the gifts that God had showered upon him and St. Eve, and the vision of the Paradise that he had lost continually renewed his sorrow for his sins of pride, disobedience and ingratitude.  In the Byzantine Tradition, the prayers of the Lenten Triodion bring this historical reality continually to the minds of the faithful, as we pray:

Adam sat before Paradise and, lamenting his nakedness, he wept:  “Woe is me!  By evil deceit was I persuaded and led astray.  Now I am an exile from glory” (Lenten Triodion)

Commenting on the same theme, St. John Chrysostom, Father and Doctor of the Church, teaches that:

The view (of Paradise), even if it aroused in Adam an unbearable grief, at the same time afforded him much profit: the constant beholding (of Paradise) served for the grieving one as a warning for the future, so that he would not fall again into the same transgression.

And St. Ambrose in his Treatise on Repentance ends his commentary with these words:

...[S]inner as I am of every dye, and born for nothing save repentance, I cannot easily be silent about that concerning which also the very head and fount of the human race, and of human offense, Adam, restored by exomologesis to his own paradise, is not silent.

Is it not abundantly clear that for St. Ambrose, Father and Doctor of the Church, it was the exomologesis—that is, the repentance and sincere confession of St. Adam, “the very head and fount of the human race”—that made it possible for him to be redeemed and restored to Paradise by Christ Our Savior? 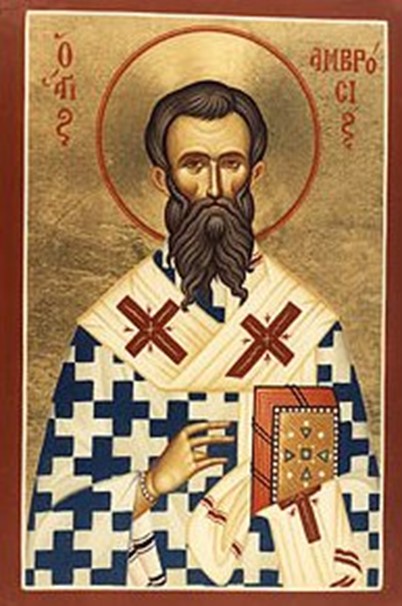 The Mosaic account of the Fall of our First Parents clearly teaches that the essence of true, life-giving repentance is sorrow for having offended God and damaged our relationship with Him—over and above any sorrow we ought to experience for having harmed other creatures.  According to Blessed Anne Catherine Emmerich, after their expulsion from Paradise Adam and Eve wandered about in great distress:

They were no longer beaming with light, and they went about, one here, the other there, as if seeking something they had lost. They were ashamed of each other. Every step they took led them downward, as if the ground gave way beneath their feet. They carried gloom wherever they went; the plants lost their bright colors and turned gray, and the animals fled before them. They sought large leaves and wove them into a cincture for their loins. They always wandered about separate.

After they had thus fled for a considerable time, the region of refulgent light whence they had come began to look like the summit of a distant mountain. Among the bushes of a gloomy-looking plain, they hid themselves, but apart. Then a voice from above called them, but they would not obey the call. They were frightened, they fled still further, and hid still deeper among the bushes. It made me sad to see that. But the voice became more imperative, and, in spite of their desire to flee and hide, they were compelled to come forth.
The majestic Figure shining with light again appeared. Adam and Eve with bowed head stepped from their hiding places, but they dared not look upon their Lord. They glanced at each other, and both acknowledged their guilt. And now God pointed out to them a plain still lower than the one on which they stood. On it were bushes and trees. On reaching it, they became humble, and for the first time, rightly understood their miserable condition. I saw them praying when left there alone. They separated, fell on their knees, and raised up their hands with tears and cries . . .

Adam had been allowed to bring an olive branch with him from Paradise, and now he planted it. Later on, the Cross was made from its wood. Adam and Eve were unspeakably sad. Where I saw them, they could scarcely get a glimpse of Paradise, and they were constantly descending lower and lower. It seemed as if something revolved and they came at last, through night and darkness, to the wretched, miserable place upon which they had to do penance. 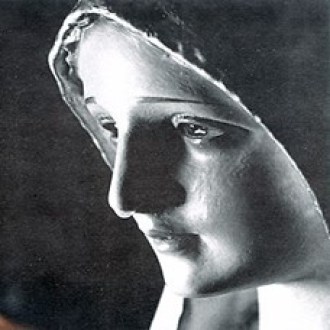 Our Lady of Fatima and the Universal Call to Repentance

In these perilous times, it is more important than ever to remember that when Our Lady of Fatima told Sister Lucia in 1929 to ask the Pope and the Bishops to consecrate Russia to her Immaculate Heart, this was just one of two essential “requests.”  The other request was for the Holy Father to call every Catholic in the whole world to repentance by practicing the First Saturday devotions.  This entailed calling every Catholic in the whole world to consecrate himself to Jesus through the Immaculate Heart of Mary, offering up all of his thoughts, words, and actions in a spirit of penance and reparation, for the Triumph of the Immaculate Heart of Mary and the social reign of Christ the King.  As we pray continually for the compete fulfillment of Our Lady of Fatima’s requests, let us ask her to obtain for us and for every soul the grace of true life-giving repentance, the same kind of repentance that was granted to our first parents St. Adam and St. Eve, after their expulsion from Paradise.

P.S.  Some members of our leadership team recently asked if we could provide an outline for a short end-of-the-summer course on Faith, Reason and Natural Science that they could use with their high-school age children and interested friends--so we did!  If anyone would like to see the course outline, which includes links to almost all of the recommended materials, please email me at howen@shentel.net and I will be happy to send it to you. 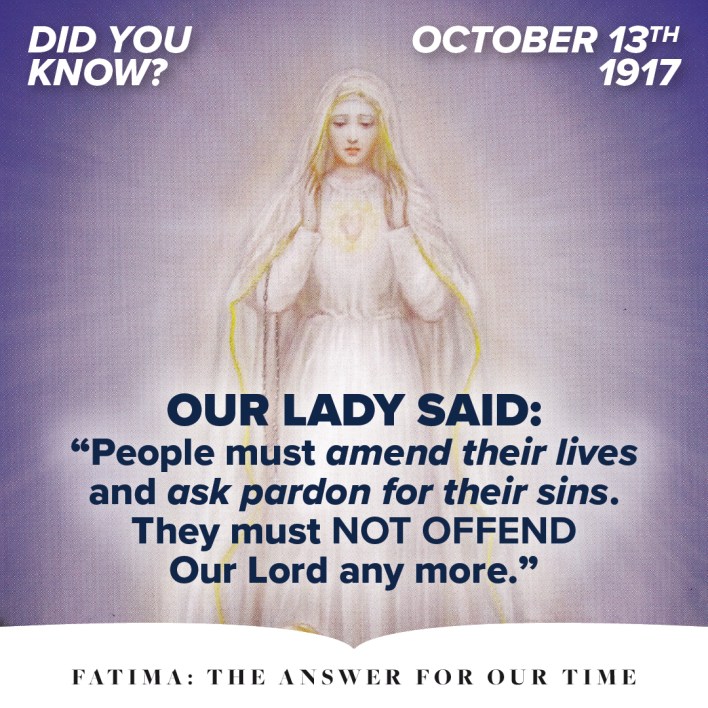