By the grace of God, we have been able to move our leadership retreat to Our Sorrowful Mother's Ministries Retreat Center in Vandalia, Illinois, an hour's drive from St. Louis, Missouri, August 23-29, 2020.  Our Blessed Mother has made clear that She does not want us to give into fear, and that we must continue to proclaim the Gospel on the foundation of the true Catholic doctrine of creation with all our strength. If this new location would make it possible for some of you to attend who were unable to make the trek to Corpus Christi, please send me an email at howen@shentel.net and I will send you more information about the retreat.

One of the themes of this year's retreat is the theology of the Absolute Primacy of Christ as a key to the restoration of the true Catholic doctrine of creation in the era of peace promised by Our Lady of Fatima. One of the inspired authors who helped to develop this theology of the primacy of Christ was Venerable Maria of Agreda, "the Blue Nun," who bi-located hundreds of times from her Conceptionist convent in Spain to evangelize the indigenous people of what is now Texas and New Mexico during the early seventeenth century. 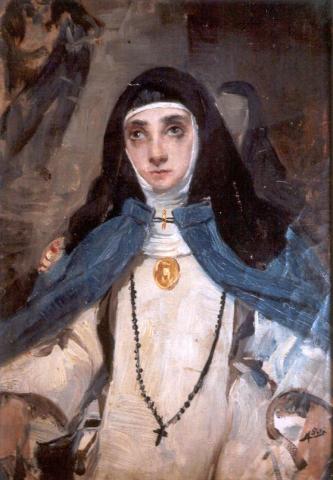 Venerable Maria was shown that on the first day of creation, God created the angels and the light, and showed the angels the future Incarnation of His Son in the womb of an Immaculate Virgin. The Lord presented Her to the angels as their Queen; but Lucifer, the most brilliant and exalted of the angels, refused to serve Her, thinking himself superior to a bodily creature. One-third of all the angels followed Lucifer into rebellion and became fixed in evil, seeking to lead mankind astray. Venerable Maria was also shown that what "the Subtle Doctor," Blessed Duns Scotus, had taught was true - that:

all of the things which Christ accomplished for our Redemption were not necessary except for what concerns the preexistent, divine decree of the Incarnation of the Word. That is why Christ's suffering was only necessary by way of a necessity of consequence.

In the light of this truth, Venerable Maria saw that "we are greatly indebted to Our Lord Jesus Christ, because we could have been redeemed in another way" than by the Cross. "Yet God, in His free will, redeemed us by His Most Precious Blood. Thus, we are much more indebted to Him for this than if we had been redeemed through the Cross out of pure necessity." Indeed, according to Venerable Maria, Our Lord freely chose to redeem us through His life-giving Cross to attract us to His love and because He wanted us to be even more closely united with Him. 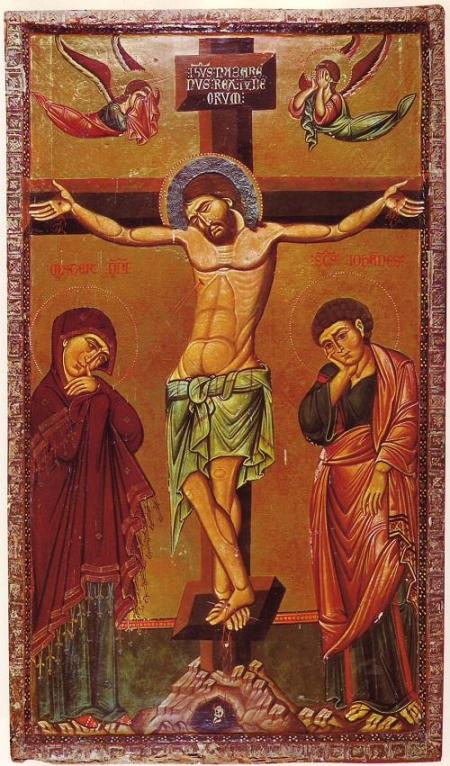 In the play on the life of Venerable Maria that my wife Maria will produce with the seminarians and young people at the retreat, we will show how Venerable Maria represented the forces of Christ and His Church at the dawn of the great struggle between the true Faith and the rationalism of the so-called Enlightenment philosophers, led by her contemporary, the Frenchman Rene' Descartes. As Descartes' encounter with a demonic spirit who "possessed" him as a young man put him on the path to develop a purely naturalistic account of the origins of man and the universe, Venerable Maria learned that Our Lord had shown the six days of creation to our Blessed Mother, exactly as He had shown them to Moses. As Rousseau and the Enlightenment philosophers exalted the condition of man "in the state of nature," Venerable Maria bi-located to the New World 300 times at the cost of great moral and physical suffering to proclaim the Gospel to the indigenous people and to prepare them for Holy Baptism. As a counselor to the morally weak King of Spain, Philip VI, she also fought valiantly to renew the spirit of St. Ferdinand III in the head of the most powerful kingdom in the world, anticipating the terrible consequences of the king's failure to fulfill his duty to set a Christ-like example for his people and to extend the reign of Christ the King.

We are praying that a Catholic young lady between the ages of 15 and 25 will be inspired to want to play the part of Venerable Maria for the glory of God and the good of souls. If you know of someone who would be right for the part, please encourage her to contact us, if she is of age to do so on her own behalf, with her husband's or father's blessing, or if she is still living in her father's house, please encourage the whole family to consider attending the retreat. I am asking this now because whoever plays the part of Venerable Maria will have quite a few lines to learn and would do well to begin learning them before the retreat.

With gratitude for all your prayers and support, I am

P.S. Our DVD series "Foundations Restored" is transforming souls all over the world. But we need to expand our audience. Please consider taking out an advertisement for "Foundations Restored" on a Catholic website, or in a Catholic magazine, newspaper, or parish bulletin, so that we can reach many more souls. Our webmaster Keith Jones can provide an attractive advertisement and can even tailor the text and graphics of the advertisement to the target audience. Just send me an email at howen@shentel.net and we can provide whatever you need.