Disillusionment with the dishonesty of much of what passes for mainstream science and journalism has led to the rise of a "flat earth" or "convex earth" movement throughout the world.  The movement has been fueled by professional videos that highlight certain genuine anomalies that are difficult--but not impossible--to explain within a globe-earth framework.  The movement has also been supported by an exegesis of Genesis 1-3 which appears to be motivated by a genuine desire to honor the literal historical truth of God's Revelation to Moses but which deviates from the authentic exegesis of the text, as understood by the Fathers of the Church and as confirmed by empirical science.  As a result, thousands of sincere Christians, both Catholic and non-Catholic, have been distracted from the work of authentic catechesis and evangelization, and have become preoccupied with promoting the Flat Earth hypothesis instead.  Robert Sungenis has done the Church and the world a great service by demonstrating in his latest book that sound Biblical scholarship, authentic Catholic Tradition, and sound empirical science confirm the globe-shape of the Earth, as depicted in the iconography of the Church for many centuries. 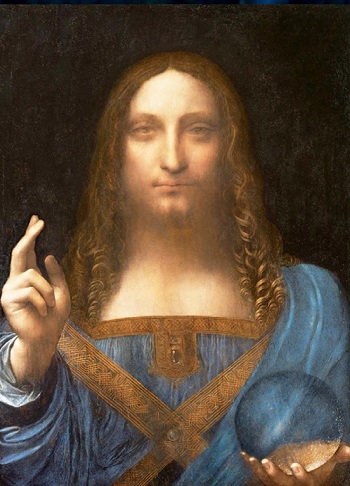 As Robert Sungenis explains in his introduction:

To be fair to the flat-Earthers, much seemingly credible evidence supports the flat-Earth position. Anyone who enters this controversy thinking that it is a simple slam dunk process to debunk flat-Earth claims hasn't seriously studied the issue. When, for example, a news meteorologist looks across Lake Michigan and sees the whole skyline of Chicago above the horizon-which skyline is almost 60 miles from the shore of Michigan and should not be visible because of the curvature of the Earth-and concludes that it is just "a superior mirage" or "atmospheric abduction," he is easily countered by flat-Earth advocates who point out that, with the right telescopic lens, the Chicago skyline can always be seen, regardless of atmospheric conditions. Even one such exchange reveals that the flat Earth controversy takes us into an arena where champions of a Biblical, spherical, Earth need more than knee-jerk reactions to flat-Earth claims. Examples like this could be multiplied. Whole books have been written exposing similar anomalies. Many of the people who write these books seem to be intelligent enough, but, then again, intelligence has never been a satisfactory substitute for common sense.

The difficulty in resolving these issues is compounded by the fact that many flat-earthers are reticent to use established scientific means to get to the truth, since, to them, almost anything that modern science says or uses is suspect. If, for example, a flat-Earth devotee has a firm belief that NASA lied to the public about going to the Moon, or that the NIST study of the collapse of the Twin Towers is full of fabrications and missing details, they have no trouble believing that like-minded scientists can collude and deceive us into believing that Earth is a sphere. Another obstacle to discovering the truth in this matter arises over mainstream science's treatment of the first chapter of Genesis. Flat-Earthers, and many conservative Christians, take the views of anyone with a grain of salt who rejects the literal interpretation of Genesis 1 and opts for the fantastic conjectures of modern science as to how things began and proceed-such as evolution, relativity, Copernicanism, singularities, multiverses, dark matter, and alien life. In the final analysis, however, we will see that there are simple scientific explanations for why we sometimes perceive the Earth as flat, whether or not the flat-Earthers are willing to accept these explanations.

It is the thesis of this book that the flat-Earthers and the mainstream science community both represent extreme positions-and that the truth lies somewhere in the middle. It will be shown, for example, that the interpretation that almost all flat-Earthers give not only to Genesis 1 but to many other passages of Scripture regarding the shape of the Earth are seriously flawed. Although they are to be applauded for their desire to take the inspired word of God literally, in seeking a literal interpretation they often practice eisegesis rather than exegesis. For example, flat Earthers make much of the fact that Genesis 1:6-9 and 1:14-19 speak of a Firmament over the Earth, and that because the Hebrew root word for Firmament (hyqr: pronounced rock-ee-ah) refers to something extremely hard, this means that there must be a hard, hemi-spherical dome above the Earth that houses the atmosphere and through which nothing man-made can penetrate (ergo, no satellites, rockets or space probes are possible).

The flat-Earthers are not entirely to blame for this eisegesis of Scripture, however. They are encouraged by many English translations of Genesis 1 which either use the word "dome" or imply without any etymological justification that the Old Testament writers intended to describe a dome. We will find that when we investigate this matter more deeply, the Hebrew root word, while certainly denoting hardness, does not necessarily imply that the firmament is a dome or has any particular shape. Rather, it can be shown that hyqr refers to a material substance, and not to a shape. Once this misunderstanding is removed, the Firmament of Genesis 1 can be understood to mean something much more extensive than a dome over a flat Earth. Indeed, the Firmament of Genesis accords well with some of the most important discoveries of modern science as well as with the fundamental principles of metaphysics.

Please spread the word about this new book, especially to friends and acquaintances who have embraced (or been influenced by) the flat earth movement. If the devil cannot shake our faith in the Word of God as it has been understood in His Church from the beginning, he will use all his wiles to distract us from our mission to spread the Holy Catholic Faith on the foundation of the true Catholic doctrine of creation, the only firm foundation for a culture of life and for an effective evangelization of a sin-mad world.

P.S. If you have not made a donation to support our apostolate recently, please prayerfully consider going to the Kolbe home page and making a one-time gift or becoming a monthly contributor.