I am writing to you from 30,000 feet above East Africa after a most blessed two-week mission in Uganda. I do not know if I will be able to write a full report in time for this week's newsletter, but I will try. I would like to begin my relating some of the contrasting experiences that I have had just in the last 24 hours, as they illustrate the unique opportunity that Our Lord and the Immaculata have given our apostolate to serve the Church in this beautiful country.

Yesterday afternoon, Dr. Thomas Seiler and I were invited to give a seminar on the campus of Makerere University, the main pubic university in Uganda, to a group of student leaders of the Legion of Mary which boasts eight praesidia on campus. Providentially, it was the feast of St. Augustine and the seminar was held in a Catholic student center a stone's throw from the Catholic church on campus dedicated to St. Augustine. As is almost always the case with Catholic audiences in Uganda, the students were extremely receptive to our presentation, and although the group was small, these Legion officers can have a big influence with the larger membership of the Legion of Mary. I left them confident that they will help to protect their fellow students, Catholic and non-Catholic alike, from falling under the spell of the godless evolution-based secular humanism that has already pervaded the thinking of many of the professors on campus. 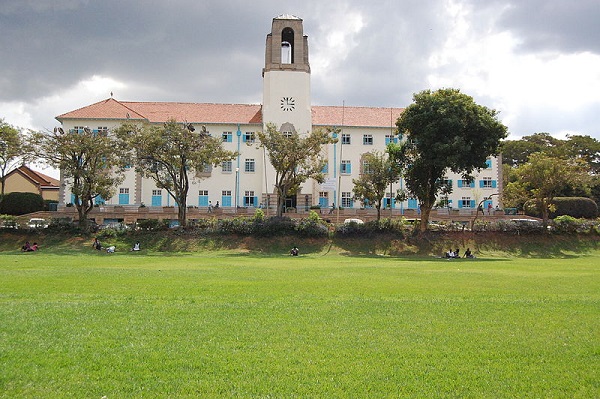 Fast forward for a moment to this morning when after Holy Mass, my friend Edward Bagonza and I had breakfast with a wonderful young priest from the Institute of the Good Shepherd, a pontifical institute founded during the pontificate of Pope Benedict XVI to preserve the traditional liturgy and spiritual and cultural patrimony of the Roman Rite. When our conversation turned to the origins of man and the universe the young priest said that he and his confreres "left such questions to the scientists," while teaching their flock that Genesis is completely true. This led to a very fruitful discussion of the Creation-Providence distinction as it was taught and maintained by all of the Fathers and Doctors of the Church and of the insidious process by which - beginning with Descartes and the so-called Enlightenment philosophers - the creation-Providence distinction was gradually abandoned by most of the intellectuals of the western world in favor of a naturalistic uniformitarianism which assumed (without proof and against common sense) that all of the different kinds of living things including man came into existence through the same kind of material processes that are going on now, and that natural scientists can reasonably extrapolate from their observations of nature in the present all the way back to the beginning of the universe to explain how everything came to be. By the time we were done, this wonderful young traditional priest was delighted to see how cutting-edge natural science actually confirms the reasonableness of the creation-providence distinction and the impossibility of explaining the origin of nature through natural processes.

With us at table, however, sat a young Ugandan university graduate who told us that virtually all of his colleagues at work are Makerere University graduates like himself who entered university as practicing Catholics but who are now atheists. It was apparent from the examples he gave of their views on various subjects that their education at Makerere had made them all faithful disciples of Rene' Descartes, convinced of their intellectual superiority to the few friends, like our breakfast companion, who have continued to practice the faith of their fathers. Based on our experience in Uganda over six visits in three years, I have no doubt that most, if not all, of those new atheists would have kept the faith if they had been able to attend a Kolbe seminar (or two) before or soon after they entered the university. However, now that they have been brainwashed into believing in evolution-based secular humanism and have begun to behave accordingly, it will take a hundred times more effort - and most of all a miracle of grace - to bring them back to the true Faith. Hence, the urgent need for our work in Uganda, where with the cooperation of the Church leadership we will be able to help prevent the next generation of young Catholics from suffering the same fate as those Makerere University graduates.

But what, you might ask, makes us so sure that presenting the truth to the younger generation of Ugandan Catholics will save them from the destruction of the faith that has devastated the youth of the western world? It is the atmosphere of piety that still pervades Uganda, the legacy of the pure seed of the true faith sown in this land by the first missionaries who received their priestly and religious formation just before evolution-based modernism began to infect the thinking of Catholic intellectuals and seminary professors in Europe and North America, the primary missionary-sponsoring regions. It is the fruit of that good seed of the true Faith whose first fruits were St. Charles Lwanga and the holy Uganda Martyrs who literally gave their lives to uphold the truth of the sacred history of Genesis which laid the foundation for the Church's constant teaching on Holy Marriage and sexual morality. 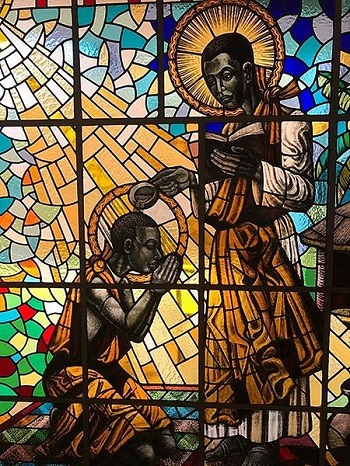 That atmosphere of piety finds expression in all kinds of surprising ways, both great and small. This morning's daily newspaper reported that the president of Uganda had vetoed a pro-GMO agriculture bill approved by parliament because, to paraphrase, "man ought not to tinker with what God has made," a remarkably sane judgment in light of the weighty theological and natural science arguments presented in our paper GMO Food: Boon or Bane? According to one Catholic member of parliament, this same paper helped him and other members of parliament to counter an earlier proposed piece of pro-GMO legislation lavishly promoted and financed by US agribusiness corporations.

The same spirit of piety expressed itself again when Edward Bagonza and I arrived at a major checkpoint at the international airport in Entebbe where everyone is normally forced to get out of their cars and walk with their belongings to a kiosk where their outer clothing and luggage are run through a metal detector. Edward told the policeman in charge that I had come to Uganda to show that human beings are not descended from monkeys. The policeman waved us on! A few minutes later, we arrived at the main terminal parking area where only VIPs are allowed to proceed to the curb at the departures area. Once again, Edward engaged the policeman in charge - a no-nonsense man if ever there was one - and told him that I had come to Uganda to teach that humans are not descended from apes but directly created by God. Immediately, he waved us on to the VIP unloading area - as Very Insistent Proclaimers of God the Creator's true character, I suppose - but certainly not Very Important Persons, like the UN functionaries and government officials who are routinely granted VIP status. Now where in the Western world would one be waved through security for teaching that man is not descended from the apes but directly created by God? 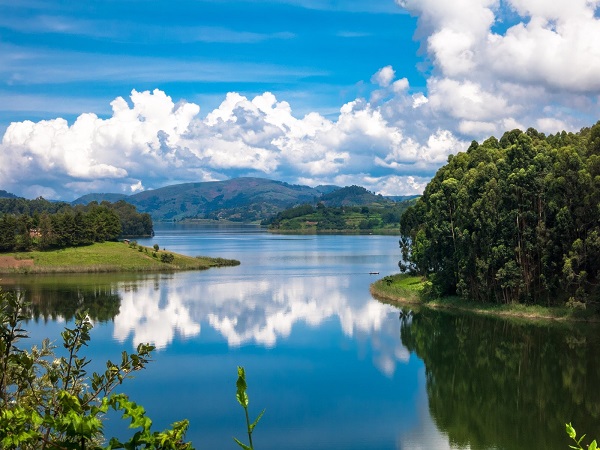 With this introduction behind us, I will now try to summarize our amazingly intense mission in the Pearl of Africa, by giving a brief account of what we were able to achieve by the grace of God. On our first day in Uganda, Dr. Seiler and I were able to give a talk at a Jesuit conference center in Kampala to a group of very interested Catholic lay faithful. The following day, a Sunday, we were able to attend a Traditional Latin Mass at the Institute of Catholic Management near to the main cathedral in Kampala before giving a seminar on Creation, Evolution and the Crisis of Faith to the members of the Latin Mass community and to many other interested Catholics who had registered in advance to attend the conference. The congregation knew all of the altar server's responses from beginning to end and chanted them beautifully in perfect Gregorian chant.

After the Holy Mass and a buffet meal, the response of the audience to our seminar was overwhelmingly positive, and many of the attendees told us how much it helped them to make sense of so many disorders that they have witnessed in Catholic institutions at home and abroad that seem to take place without rhyme or reason. They saw immediately that the spread of evolution-based modernism established on the rotten foundations of Cartesian uniformitarian naturalism lies at the root of the whole anti-culture of death that has taken over most of the world and which has even corrupted the hearts, minds and conduct of millions of baptized Catholics.

After this auspicious beginning, in the next twelve days we were able to meet with two Archbishops and three Bishops, two of whom were local Ordinaries, and we were able to win their wholehearted support for our proposal that we bring a team back to Uganda in 2020 to teach all of their teachers how to teach their students that sound theology, sound philosophy, and sound natural science confirm the traditional Catholic doctrine of creation and refute theistic evolution and evolution-based modernism. What an amazing turn of events! And what a testament to the power of the prayers of so many of you who have been offering prayers and sacrifices for the success of our mission!

With profound gratitude for all of your prayers and sacrifices, I am