In the many emails we receive from all over the world we often get questions about passages in the Catechism of the Catholic Church that seem to abrogate the traditional Catholic doctrine of creation. Most of these questions are answered in the article on the Kolbe website entitled "Does the Catechism of the Catholic Church Abrogate the Traditional Doctrine of Creation?" However, recently one of our colleagues raised a specific question about Paragraph 337 of the Catechism which I would like to address in this newsletter.

Paragraph 337 of the Catechism of the Catholic Church teaches that "Scripture presents the work of the Creator symbolically as a succession of six days..."

The Catechism of the Catholic Church repeats the "old," traditional order . . . followed by the Catechism of St. Pius V . . . however, the contents are often presented in a "new" way in order to respond to the questions of our age (Pope John Paul II, Apostolic Constitution Fidei Depositum, 2, 1992). 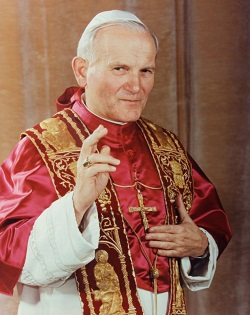 However, in the Canons of Vatican I, the Council Fathers decreed that "If anyone shall have said that it is possible that to the dogmas declared by the Church a meaning must sometimes be attributed according to the progress of science, different from that which the Church has understood and understands: let him be anathema." In its Chapter on Revelation, Vatican Council I also defined, that no one is permitted to interpret Scripture in a sense "contrary to the unanimous agreement of the Fathers." This means that the same interpretation of Genesis Chapter One must be preserved that was held by the Fathers, and no claim of scientific progress can ever justify any deviation from that interpretation. This was confirmed and underscored by Pope St. Pius X in his Oath against Modernism in 1910 in which he required all teachers of theology to swear the following:

I sincerely hold that the doctrine of faith was handed down to us from the apostles through the orthodox Fathers in exactly the same meaning and always in the same purport. Therefore, I entirely reject the heretical misrepresentation that dogmas evolve and change from one meaning to another different from the one which the Church held previously.

The purpose of this is, then, not that dogma may be tailored according to what seems better and more suited to the culture of each age; rather, that the absolute and immutable truth preached by the apostles from the beginning may never be believed to be different, may never be understood in any other way. 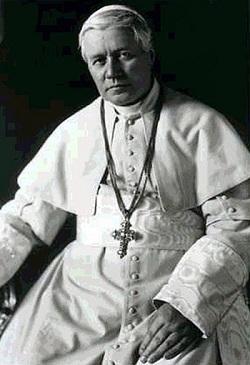 In light of these authoritative decrees of the Magisterium, the mere fact that Fidei Depositum speaks openly of presenting the contents of the faith "in a new way" should make any commentator extremely hesitant to claim that a traditional interpretation of Scripture has been superseded by a "new" one. Since all of the Fathers interpreted Genesis 1 to mean that the entire material universe was created in six natural days or in an instantaneous creation, the dogmatic decrees of Vatican I absolutely preclude any interpretation of "day" in Genesis One that is purely "symbolic." Moreover, the CCC itself reiterates the constant teaching of the Magisterium that "all other senses of Sacred Scripture are based on the literal" (CCC, 116). Indeed, the CCC exemplifies this principle. For example, in its explanation of Holy Baptism, the CCC recalls the words of the Baptismal ritual: 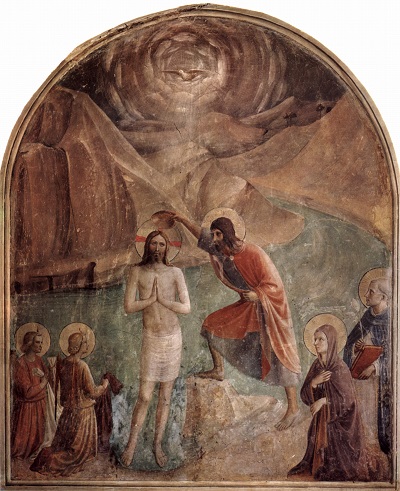 The idea that the "days" of Genesis One were "symbolic" does have some precedent in the writings of the Fathers of the Church, but it is not in the way that modernist scholars allege who want to use CCC 337 to claim that the Magisterium has forever abrogated the literal interpretation of "day" in Genesis One as a 24-hour day or an instant of time. In reality, none of the Church Fathers held that the Days of Genesis 1 lasted a thousand years or any long period of time. However, many of them expressed a widely-held view - especially during the first few centuries of the Christian era - that the six natural days of Genesis 1 foreshadowed a fulfillment in six thousand years of human history before what St. Irenaeus in Against Heresies called the "times of the Kingdom." Many of the early Fathers believed in this interpretation, including St. Hippolytus of Rome, St. Methodius, St. Irenaeus, St. Justin Martyr, and Lactantius, the tutor of the imperial household under the Emperor Constantine, who wrote: 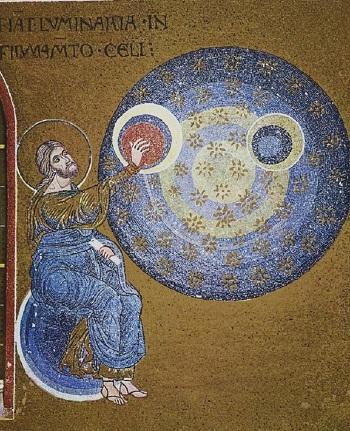 God completed the world and this admirable work of nature in the space of six days, as is contained in the secrets of Holy Scripture, and consecrated the seventh day...For there are seven days, by the revolutions of which in order the circles of years are made up...Therefore, since all the works of God were completed in six days, the world must continue in its present state through six ages, that is, six thousand years...For the great day of God is limited by a circle of a thousand years, as the prophet shows, who says, "In Thy sight, O Lord, a thousand years are as one day." ...And as God labored during those six days in creating such great works, so His religion and truth must labor during these six thousand years (emphasis added) (Lactantius, Institutes 7, 14).

This passage proves that it is quite possible to interpret the days of Genesis One as "symbolic" without in any way denying that they refer to actual 24-hour days. Moreover, when St. Justin Martyr wrote that the "day" in which Adam would die had (almost) a thousand years, he was making the same kind of exegesis - i.e. the natural day of Genesis 1 was a solar day, but its fulfillment in human history was a thousand years, as Adam lived almost one thousand years from creation.   St. Irenaeus makes the same interpretation and for the same reason in a passage in Against Heresies, Book Five.

That the CCC in no way abrogates the traditional interpretation of "day" in Genesis One by calling the six days of creation "symbolic" can be further demonstrated by a careful reading of the CCC's explanation of the Third Commandment. In paragraphs 2168-2173 we read that the sabbath is a day of the week, the seventh day, Saturday, which followed the six days of creation. Paragraph 2174 quotes St. Justin Martyr as referring to "Sunday" as the "Day when God separating matter from darkness, made the world," thus equating the 24-hour first day of the week, Sunday, with the first day of Creation Week, when God separated the light from the darkness and created the heavens and the Earth. Moreover, paragraph 2184 speaks of a weekly rhythm of human society, rooted in the seven-day creation week. Indeed, the CCC quotes God's words, written by "the finger of God" on tablets of stone after the Exodus, in which He explicitly bases the commandment to rest from servile labor on the seventh day of a seven-day week on the fact that He Himself created the heavens, the Earth, the seas and all they contain in six days and rested on the seventh day - a commandment which becomes incoherent if the days of creation week are different in nature from the days of man's seven-day week. 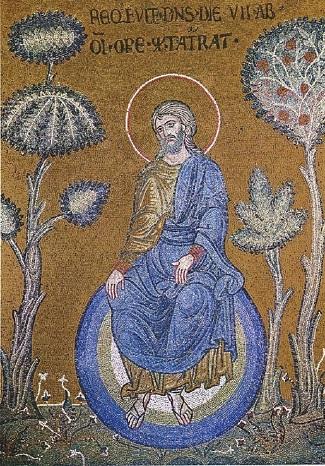 In short, the idea that CCC paragraph 337 abrogates the literal interpretation of "day" in Genesis One is based on an overly narrow reading of the passage which ignores the larger context of relevant authoritative Magisterial teaching and even the larger context of the entire Catechism of the Catholic Church's treatment of the "days" of Genesis One. When paragraph 337 is read in the context of the Church's Tradition, it becomes apparent that it can be interpreted in a way that is completely consistent with the teaching of the Fathers of the Church who understood Genesis 1-11 to be a sacred history and "day" in Genesis One to represent either a 24-hour day (the overwhelming majority view) or an instantaneous creation (the minority view of St. Augustine of Hippo).

We are still in need of donations to complete the "Foundations Restored" DVD project before the end of the year. If you have not yet made a gift to support the project, please prayerfully consider doing so today. With gratitude for all of your prayers and support, I am