In a recent debate between Dr. Kevin Mark and myself and two atheists on the Modern-Day Debates website, one of the main arguments that one of the atheists used to refute special creation was that organisms exhibit numerous examples of poor design, such as wisdom teeth and the recurrent laryngeal nerve (RLN), which prove that they could not be the products of intelligent design.  As a dentist, Dr. Kevin was easily able to rebut the claim of dysfunctional wisdom teeth, but to rebut the claim in regard to the RLN nerve required some research—which could not be done until after the debate.

Thanks to our separated brethren at the Institute of Creation Research, I was able to find an excellent article by Dr. Jerry Bergman entitled “Recurrent Laryngeal Nerve Is Not Evidence of Poor Design,” which thoroughly debunks the claim of “poor design.”  Dr. Bergman explains that the RLN controls the mammalian larynx (voice box) muscles, but, in the words of evolutionist paleontologist Donald Prothero:

This nerve avoids the direct route between brain and throat and instead descends into the chest, loops around the aorta near the heart, then returns to the larynx.  That makes it seven times longer than it needs to be.

Prothero’s verdict on the Recurrent Laryngeal Nerve shows how faith in the non-existent evolutionary process destroys his ability to think deeply about the natural wonders that surround him. In reality, the RLN represents a marvel of intelligent design, since it is engineered to grow within the developing body of a pre-born child in such a way that it remains functional at every stage of the baby’s development!  As Dr. Bergman explains:

Human-designed devices, such as radios and computers, do not need to function until their assembly is complete. By contrast, living organisms must function to a high degree in order to thrive during every developmental stage from a single-cell zygote to adult. The embryo as a whole must be a fully functioning system in its specific environment during every second of its entire development. . . Due to variations in the topographical landscape of the mammalian body, the "course of the inferior [meaning lower] laryngeal nerve is highly variant" and minor anatomic differences are common. Dissections of human cadavers found that the paths of the right and left recurrent laryngeal nerves were often somewhat different from that shown in the standard literature, illustrating Blechschmidt's analogy.

The human body begins as a sphere called a blastocyst and gradually becomes more elongated as it develops. Some structures, such as the carotid duct, are simply obliterated during development, and some are eliminated and replaced. Other structures, including the recurrent laryngeal nerve, move downward as development proceeds. The movement occurs because the neck's formation and the body's elongation during fetal development force the heart to descend from the cervical (neck) location down into the thoracic (chest) cavity.

As a result, various arteries and other structures must be elongated as organs are moved in a way that allows them to remain functional throughout this entire developmental phase. The right RLN is carried downward because it is looped under the arch that develops into the right subclavian artery, and thus moves down with it as development proceeds.

The left laryngeal nerve recurs around the ligamentum arteriosum (a small ligament attached to the top surface of the pulmonary trunk and the bottom surface of the aortic arch) on the left side of the aortic arch. It likewise moves down as the thoracic cavity lengthens. The body must operate as a living, functional unit during this time, requiring ligaments and internal connections to secure various related structures together while also allowing for body and organ movement. For the laryngeal nerve, the ligamentum arteriosum functions like a pulley that lifts a heavy load to allow movement.

As a result of the downward movement of the heart, "the course of the recurrent laryngeal nerves becomes different on the right and left sides." These nerves cannot either be obliterated or replaced because many of them must function during every fetal development stage. Blechschmidt notes that "no organ could exist that is functionless during its development," an axiom that also applies to the nervous system. This movement appears designed to position the left RLN downward as the body elongates.

Imagine the engineering genius that would be required to design an automobile, for example, that would begin as one unit and develop step by step into a fully functional automobile while remaining functional at each stage of development! “O Lord, how great are Thy works! Thy thoughts are exceeding deep!” (Ps. 92:5). 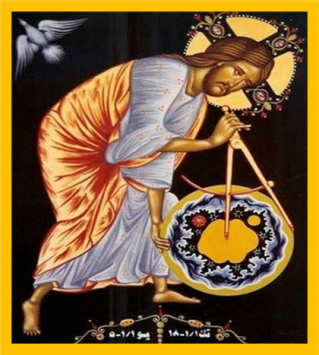 Another reason why our atheist interlocutor’s critique of the RLN design falls flat is that the RLN uses redundant pathway design to protect the organism against possible injury, in the same way that human engineers design “back-up systems” to keep machinery working even when key components break down.

Aside from the developmental reasons for the circuitous route, certain benefits of overlapping sensory and motor innervations result when one of the nerves is slightly longer. One reason why laryngeal nerve branches are located both above and below the larynx (both branch off the vagus) is because this design allows some preservation of function if either one is interrupted. The redundant pathway also provides some backup in case of damage to one of the nerves.

Knowledge of the laryngeal innervation will help us to understand the necessity for the slightly longer route for a nerve, and a hint is provided from the fact that the two nerves regulate different vocal responses. Paralysis of the superior laryngeal nerve (the non-circuitous nerve) causes difficulty in increasing voice loudness, producing a high pitch, vocal fatigue, and an inability to sing because the vocal cords lack their normal tone and cannot sufficiently lengthen. In contrast, paralysis of the recurrent nerve results in a weak voice that sounds like Mickey Mouse.

In one patient, a traumatic rupture of the aortic arch in a car accident required an aortic graft that left him with a severed left RLN. Although his voice was slightly feeble, his articulation was unaffected. He speaks perfectly well, but cannot project his voice because the laryngeal muscles have multiple innervations and the set as a unit controls its function. 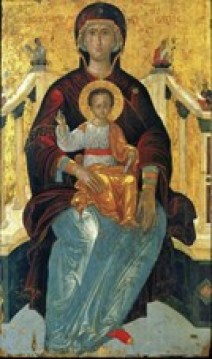 The Fear of the Lord is the Beginning of Wisdom (Proverbs 9:10)

Prothero’s arrogant judgment on the design of the recurrent laryngeal nerve smacks of the same attitude that modernist Biblical scholars display when they discover “contradictions” and “errors” in the Bible.  “The Fear of the Lord is the beginning of wisdom” in part because a right reverence for the Creator’s works makes one contemplate them with humility in such a way that one appreciates and presupposes their greatness.  Like the Bible scholar who presumes the inerrancy and divine inspiration of Scripture when He reads God’s Word, the natural scientist who approaches the Creator’s works with reverential awe attributes his lack of understanding of them to his own frailty and is spurred on to ask God for enlightenment.  Such an attitude prepares the mind of the natural scientist to receive the grace of God and to grow in his knowledge of the natural world.

Through the prayers of Our Lady Seat of Wisdom, may the Holy Ghost descend upon all Catholics and give us that “fear of the Lord” that is “the beginning of wisdom”!