I recently received an email from a convert to the Catholic Faith in another country who lamented the fact that we had not posted a new article on the Kolbe website since "Is the Catholic Rejection of Theistic Evolution a "Conspiracy Theory"?

I wrote back to him and explained that we have a weekly newsletter to keep our members up to date on our activities, but that we are more concerned with quality than with quantity when it comes to posting articles on the website. Indeed, a good case could be made that the relentless pressure to change, update, and add new content flows out of an evolutionary mentality which holds that constant change is a sign of progress, even when objectively speaking the new thing is no better and perhaps not even as good as the thing that it replaces.  The articles on the Kolbe website have been carefully crafted over a period of almost twenty years, and anyone who takes the time to work his way through them systematically will not fail to be impressed by the depth of the treatment accorded to a whole range of topics in the domains of theology, philosophy, history and natural science, all of them related to creation and evolution. 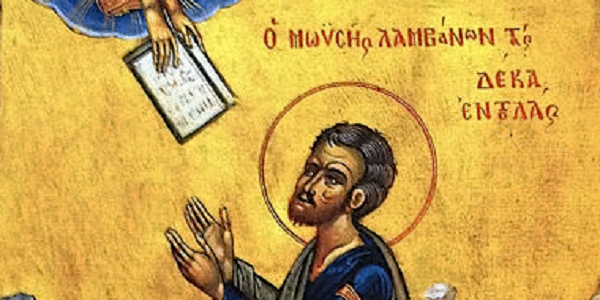 It so happens, however, that we have just posted a new article on a topic that we have been wanting to address for a long time - the belief of many Church Fathers and Doctors in spontaneous generation as an argument for theistic, or God-directed, evolution. Over the years, we have often been told that the unanimous interpretation of the Fathers in favor of the literal historical truth of Genesis can be set aside because the Fathers were children of their times and believed in many things that have been discredited by the advance of modern science. One of the common erroneous beliefs of the Church Fathers often cited by theistic evolutionists is their belief in spontaneous generation. Just as the Fathers believed in spontaneous generation, the argument goes, because they lacked an advanced knowledge of biology, so did they believe in a universe less than ten thousand years old because they lacked modern telescopes, radiometric dating methods, and other modern means of determining the age of the Earth and of the universe.

In the article just posted on the Kolbe website, we show that while this argument has many adherents in Catholic academia today, it falls apart under scrutiny for several reasons. In the first place, the Church has defined that the Fathers are inerrant when they agree on an interpretation of Scripture that pertains to a doctrine of faith or morals. As the article demonstrates, the Fathers' belief in spontaneous generation was never based on an interpretation of Sacred Scripture but on their own observations, usually within the framework of an Aristotelian interpretation of natural phenomena. In this respect, their teaching on creation belongs in a totally different category from their musings on spontaneous generation, because they derived the former directly from the Word of God; while they derived the latter from Aristotle and from their own fallible observations. In addition, the Fathers recognized that the entire work of creation was supernatural and that they could only know when and how God created the world from Divine Revelation. On the other hand, they believed that spontaneous generation was a natural process and therefore one that was accessible to the senses and to reason without Divine Revelation.

Through the prayers of the Mother of God and of all the Saints, may the Holy Ghost expose the errors of evolutionary thought and restore the foundations of the Faith!

P.S. We would like to ask if there is anyone in our readership who knows (or knows someone who knows) the Chinese language and Chinese history who would be willing to evaluate the evidence for and against the thesis that the most ancient Chinese characters recorded on bone from 4500 years ago reflect a knowledge of the events recorded in the sacred history of Genesis.   The person who makes the evaluation should be someone who accepts the literal historical truth of the sacred history of Genesis. If you or someone you know would be willing and able to research this topic for the Kolbe Center, we can provide links to articles in English that will give you most of the information you need to make an evaluation. If you can help with this project, please contact me at howen@shentel.net.

P.P.S. Fr. Austriaco, O.P. and Fr. Chaberek, O.P., have posted their responses to the first of six questions about Genesis 1-11. You can now find their responses and the Kolbe Center's response on Fr. Austriaco's website at this link:  https://www.thomisticevolution.org/disputed-questions-2