One of the highlights of our recent leadership retreat was the performance of the play “Wife, Mother and Mystic,” on the life and times of Blessed Anna Maria Taigi.  It was during Blessed Anna Maria’s lifetime, that the false philosophy of the Enlightenment began to make serious inroads within Catholic academia. This, in turn, led to a big push within Catholic academia to allow the publication and circulation of heliocentric books without any mention of the authoritative condemnations of 1616 and 1633.  As censor librorum of Rome, the heroic Dominican friar Fr. Anfossi resisted the attempts of these “progressive elements” within the Vatican and refused to grant the imprimatur to heliocentric books that did not remind readers of the prior Magisterial condemnations of works which promoted heliocentrism as a description of reality and not just as a scientific hypothesis. 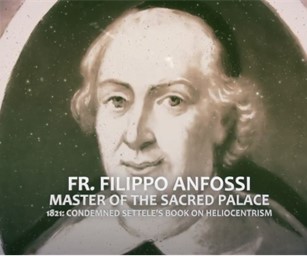 In doing the background research for the play, we were amazed to discover how deeply the false uniformitarian naturalism of Descartes and Immanuel Kant had penetrated the thinking of Catholic intellectuals, both clergy and laity by the beginning of the nineteenth century. In a scene that had to be cut from the script for the sake of time, we realistically imagined a conversation between Pope Pius VII and Fr. Anfossi, in which the Pope commented on the kinds of conjectures that were already rife among intellectual priests and laity.

Only yesterday, at the dinner table, I listened to a debate of sorts between a young French priest and an Italian Monsignor.  The young French cleric insisted that the chronology derived from the Bible—and from the sacred history of Genesis in particular—has lost all credibility in light of recent discoveries in the field of geology.

May I ask what sort of “discoveries” he mentioned, Your Holiness?

He mentioned three bodies of evidence—the vast layers of sedimentary rock all over the earth; the enormous extent of volcanic rock; and the size of river valleys throughout Europe and all over the Earth. He cited the case of the remote part of Vivarais where he had earlier served as a parish priest. On the floors of some of the valleys there were unmistakable lava flows, which had been eroded into small gorges since their eruption. He claimed that he could ‘calculate the time’ required for this erosion, and hence the age of the eruptions. He estimated that it would take ‘several centuries or thousands of years’ just for angular fragments of the hard volcanic rock to become by attrition the smooth rounded pebbles found in the river-beds further downstream; privately he estimated from this that some six million years must have elapsed since the lavas were erupted. Yet these were some of the most recent of the volcanic rocks in the area.

I wonder if our esteemed French cleric ever did a real experiment.  I mean did he ever even take a piece of that rock and leave it in a fast-moving stream?  I doubt it, Your Holiness.  These champions of “science” seem to devote much more time and energy to weaving theories than to examining the evidence.

In fairness, Fr. Anfossi, this young priest did seem to bring forward some other observations that would be very difficult to explain in terms of the traditional Biblical chronology.  He mentioned many places where tiny rivers flow through enormous valleys so that if one were to calculate the time that it would take for the river to erode the valley at the current rate of flow, it would take millions of years.

But, Your Holiness, imagine the conditions that existed during the great Deluge when the waters ran off the continents at the end of the Flood.  Think of the torrents of water a thousand times greater than the Nile or the Amazon that would have flowed off the continental surfaces into the ocean basins.  Think of the channels they must have carved as they rushed into the sea.  Those torrents could easily have carved the great valleys that we see all over the Earth in a few weeks!

Fr. Anfossi, your words are a balm to my ears!

It is hard to believe that conversations like this were already taking place 200 years ago, but they were.  And it is tragic to realize how easily the “scientific” objections to the truth of the sacred history of Genesis could have been answered—if the majority of Catholic intellectuals had not eventually allowed themselves to be intimidated by the boundless confidence of the progressives and their technological inventions.  In the coming months, we hope to produce a series of handouts that address the principal objections to the traditional doctrine of creation succinctly so that any Catholic can defend the traditional reading of Genesis without having a great deal of specialized knowledge. 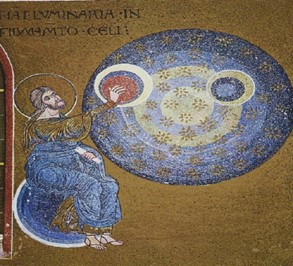 I want to thank all of you—and there were many!—who wrote to Mike Fradd’s secretary asking him to host a debate between two Kolbe speakers and two Catholic Answers speakers.  His secretary finally had to write to me and ask me to call off the email bombardment.  I promised that I would ask you not to send any more emails, but I told her that if she understood to what extent the traditional doctrine of creation has been censored and suppressed, even within Catholic intellectual circles, she would have compassion on us and ask her employer to accede to our requests.

Let us now concentrate our efforts on bombarding Heaven, asking Our Lady of Good Counsel to intercede for us, so that the true Catholic doctrine of creation can be defended in the public forum, and so that She will obtain for us the grace to be effective champions of her Divine Son’s Genesis Revelation.