It would seem that in every age the Church faces particular challenges which vary according to the dominant errors of the time.  In one of his works on temptations that afflict the dying and how to overcome them, the great Saint and Doctor of the Church St. Robert Bellarmine indicates that in his day many souls suffered from temptations against the mystery of the Holy Eucharist—and this is not surprising, since St. Robert Bellarmine lived during the protestant revolution whose principal leaders all denied the apostolic teaching on the Holy Sacrifice of the Mass and the Real Presence of Jesus in the Blessed Sacrament.  What is interesting to note in this connection, however, is that St. Bellarmine indicates that souls who are tempted to doubt God’s Revelation regarding the Holy Eucharist could often be helped to overcome the temptation simply by recalling other dogmas of the faith that they believed without question, even though they had no other ground on which to believe in those dogmas, except for the authority of the Church, “the pillar and foundation of the Truth.”  He writes: 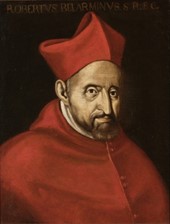 Generally the sick who are tempted are to be warned that, if the temptation concerns the nature of God who, according to the faith, is one in essence and three in persons, they should consider how little we know not merely about spiritual, but even about bodily creatures. In fact, many men find it hard to believe that single stars of the sky are larger than the whole orb of the earth; yet mathematicians easily prove that it is utterly true. But if such a bodily matter is not understood by learned men who still believe that it is so, why should they not believe what God Himself revealed about His nature through the apostles and prophets and confirmed with many great signs and miracles?

But if the temptation concerns those things which we believe God has done and does every day, such as, above all, the changing of bread and wine into the Body and Blood of Christ, while the accidents of bread and wine remain, one has to make use of examples of the many kinds of things we believe God has done, though we cannot account for any of them. Who can comprehend that the whole world was made out of nothing by the mere command of God? And yet many who believe this cannot be taught to believe in the mystery of the Eucharist. Likewise, who can believe that the bodies of the dead that have been reduced to ashes or to dust or that have been devoured by beasts or turned into plants will rise up in a moment by the word of the Lord? And yet all Catholics readily believe this and profess it in the Creed. Even Job believed this a few thousand years ago. For he said, "I know that my Redeemer lives, and in the last day I shall rise out of the earth. And I shall be clothed again with my skin (Jb 19: 25-26). On the basis of these and other such marvelous works of God which surpass our understanding, other things which the Catholic Church proposes for our belief can be easily accepted, since the Church is, by the testimony of the Apostle, "the pillar and mainstay of the truth" (1 Tm 3:15). These and similar things can be proposed to those who are tempted about faith (emphasis added) (St. Robert Bellarmine, The Mind's Ascent to God by the Ladder of Created Things", Chapter 12, “The Art of Dying Well.”)

It is amazing to read St. Bellarmine’s words in the twenty-first century, when so many Catholics no longer believe in the creation of the whole world and all it contains by God’s Word—yet in St. Bellarmine’s day this was something that virtually all Christians believed without question.  This highlights the fact that for St. Bellarmine—as for all of the Apostles, Fathers, Doctors, Popes and Council Fathers in their authoritative teaching—the entire work of creation was understood to be supernatural from beginning to end, thus rendering absurd the Enlightenment fantasy that brilliant minds could understand the origin of man and the universe by extrapolating from the material processes that are going on now in the order or providence all the way back to the order of creation at the beginning of time.  St. Bellarmine’s work exposes the incoherence of so much contemporary Catholic apologetics which accepts the supernatural reality of the Virgin Birth and the Resurrection of Jesus on the testimony of God’s Word—as understood in His Church from the beginning—while rejecting the same testimony to the creation “of the whole world from nothing by the command of God”!

St. Robert Bellarmine on the Earth’s Position in the Universe

As shocking as this appears to be for many contemporary Catholics, St. Robert Bellarmine’s defense of the central position of the Earth in the universe follows logically from the same principles that he articulated in the quotation cited above from The Mind’s Ascent to God.  In his correspondence with Galileo and his colleagues, St. Robert firmly upheld the constant teaching of the Church that the statements of Sacred Scripture on the relationship between the Earth and the rest of the universe must be understood in their literal and obvious sense, in keeping with the unanimous interpretation of the Fathers, unless Galileo could provide proof beyond a reasonable doubt that these passages must be understood in a different sense.  He wrote: 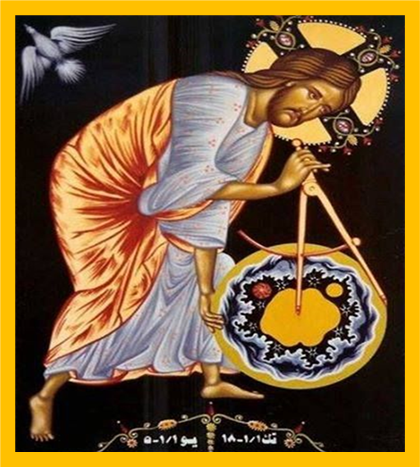 The Council [of Trent] prohibits interpreting Scripture against the common consensus of the Holy Fathers; and if Your Paternity wants to read not only the Holy Fathers, but also the modern commentaries on Genesis, the Psalms, Ecclesiastes, and Joshua, you will find all agreeing in the literal interpretation that the sun is in heaven and turns around the earth with great speed, and that the earth is very far from heaven and sits motionless at the center of the world.

When one hears of contemporary Catholic theologians, even in Tradition-friendly institutions, denying the patristic consensus in favor of the central and stationary position of the Earth in the universe, one has to wonder where they gain the confidence to contradict such a great and learned Doctor of the Church!  Of course, St. Robert Bellarmine did not deny that the literal and obvious sense of Scripture could be set aside, but he followed the Fathers in teaching that this could only be done if there were proof beyond a reasonable doubt that the literal and obvious sense of Scripture could not be true.  He wrote:

I say that if there were a true demonstration that the sun is at the center of the world and the earth in the third heaven, and that the sun does not circle the earth but the earth circles the sun, then one would have to proceed with great care in explaining the Scriptures that appear contrary, and say rather that we do not understand them, than that what is demonstrated is false. But I will not believe that there is such a demonstration, until it is shown me. Nor is it the same to demonstrate that by supposing the sun to be at the center and the earth in heaven one can save the appearances, and to demonstrate that in truth the sun is at the center and the earth in heaven; for I believe the first demonstration may be available, but I have very great doubts about the second, and in case of doubt one must not abandon the Holy Scripture as interpreted by the Holy Fathers.

The history of the last 400 years amply confirms the wisdom of St. Robert Bellarmine’s position since any fair-minded investigator can testify that no one—from Galieo to Newton to Einstein down to the present day—has come close to providing proof beyond a reasonable doubt that the literal and obvious sense of Scripture in regard to the position of the Earth in the universe cannot be true.  On the contrary, the decree of the Holy Office in 1633 has been fully vindicated by the latest scientific findings in the realm of astronomy which show that the entire universe is oriented toward a central Earth.  Indeed, one can only marvel at Our Lord’s divine providence in protecting the Church from any error in her authoritative interpretation of Holy Scripture:

Invoking, then, the most holy Name of our Lord Jesus Christ, and that of His most glorious Mother Mary ever Virgin, by this our definitive sentence We say, pronounce, judge, and declare, that you, the said Galileo, on account of these things proved against you by documentary evidence, and which have been confessed by you as aforesaid, have rendered yourself to this Holy Office vehemently suspected of  heresy, that is, of having believed and held a doctrine which is false and contrary to the sacred and divine Scriptures - to wit, that the sun is in the centre of the world, and that it does not move from east to west, and that the Earth moves, and is not the centre of the universe; and that an opinion can be held and defended as probable after it has been declared and defined to be contrary to Holy Scripture (1633 Holy Office)

Needless to say, this decree has never been abrogated by any Magisterial decree at the same or a higher level of authority.  Moreover, we have every reason to expect that in the era of peace promised by Our Lady of Fatima, the great Ecumenical Council prophesied by Venerable Holzhauser and other holy prophets will vindicate and reaffirm once and for all the decree of 1633 along with the whole traditional literal historical interpretation of Genesis 1-11.  In the words of Venerable Holzhauser: 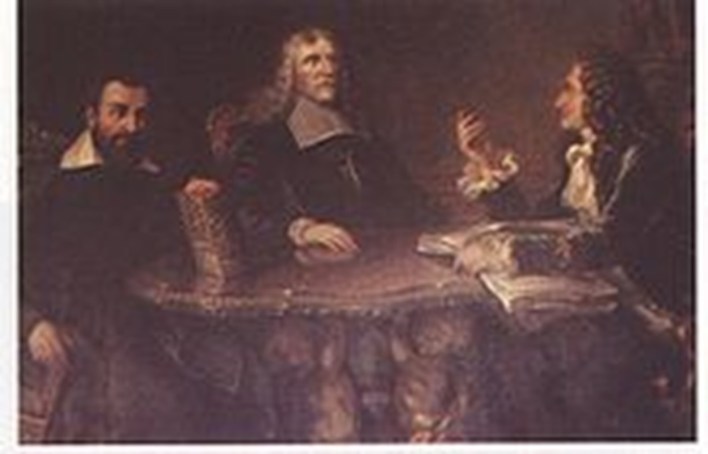 All nations will come to worship God in the true Catholic and Roman faith.  There will be many Saints and Doctors on earth.  Peace will reign over the whole earth because God will bind Satan for a number of years until the days of the Son of Perdition.   No one will be able to pervert the Word of God since, during the sixth period, there will be an Ecumenical Council which will be the greatest of all councils.  By the grace of God, by the power of the Great Monarch, by the authority of the Holy Pontiff, and by the union of all the most devout princes, atheism and every heresy will be banished from the earth.  The Council will define the true sense of Holy Scripture, and this will be believed and accepted by everyone.

Through the prayers of the Mother of God, of St. Robert Bellarmine and of all the Saints, may the Holy Ghost restore the faith of all Catholics in the true doctrine of creation and lead us into all the Truth!