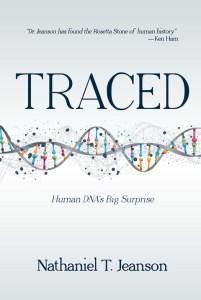 Traced – Human DNA’s Big Surprise is a follow-up to Replacing Darwin: The New Origin of Species (2017, and the lay version Replacing Darwin Made Simple, 2019). The author is a molecular biologist with a PhD in cell and developmental biology from Harvard, who works for Answers in Genesis. He believes in the Biblical six-day creation about 6,000 years ago with the global Flood about 4,500 years ago.

In the Replacing Darwin books, Dr. Jeanson argues that genetic studies have shed more light on the question of origins than Darwin could have imagined in 1859. It was only in 1953 that the structure of DNA was discovered. Since then, the entire genome sequence has been mapped out for several organisms, including man. We now know that heritable characteristics are passed on through the genes. In sexually reproducing organisms, one-half comes from the male and the other half from the female.

Dr. Jeanson notes that if all organisms descended from a single, common organism, the evolution of sexual reproduction is problematic. It would take a male and a female evolving in the same way, at the same time, in the same place in order for a sexually reproducing species to come about. The odds against that happening make it practically impossible.

It turns out that mitochondrial DNA serves as a good timekeeper because there have been only a relatively small number of changes to it in humans. Considering the mutation rate, those few changes indicate that humans originated only thousands of years ago, not millions. This is consistent with what Dr. John Sanford wrote in his book Genetic Entropy. When you further consider the possible variation in species like dogs or horses, the actual number of species that exist today also indicates an origin of only thousands of years ago.

Another argument made in the Replacing Darwin books is that the number of individuals of a given species that appear today also indicates an origin of only thousands of years ago. An elephant has a gestation period of nearly two years. However, under ideal conditions, after 300 years, you could get 163 million elephants from one original pair.  That answers that question of how you could get so many animals in the Biblical timeframe after the Flood. But there is still the question of how Noah could have gotten enough animals on the ark in order to account for the diversity of land-dwelling animals we see today. 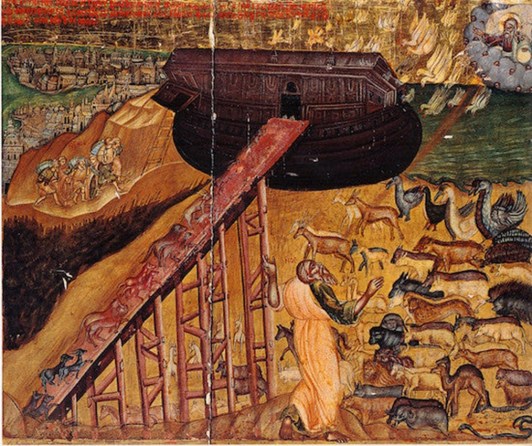 Another question is how the different species got distributed to the locations that we now see. The key to diversity is in the concept of a Biblical kind of animal. In the taxonomic hierarchy of organisms, the last three classifications are family, genus, and species. All dogs are of the same family, as are all cats. Organisms of the same species can interbreed freely. Organisms of the same genus can often produce offspring. Organisms of the same family can theoretically produce offspring. Outside of a family, production of offspring is not possible in nature. That is why you cannot get a dog from a cat.  Noah would just have needed, in theory, to bring two of each family of land-dwelling organisms onto the ark in order to account for the diversity of life that we see today. That would only amount to several thousand individuals, who could have easily fit onto a boat of the dimensions described in Genesis.

So after the animals got off the ark and started reproducing, how did different ones end up in different places? The key to the distribution is an Ice Age, and the key to differences is expression of recessive traits by isolation. After (or during) the Flood, the original supercontinent split up into the continents that now exist. They probably moved rapidly around the time of the Flood, but are only moving slowly today.

Shortly after the Flood, an Ice Age had much of the water which is now separating the continents locked up in glaciers. That made it possible to travel overland across the Bering Strait between Asia and North America, and also between Asia and Australia. After the ice age and the melting of the glaciers, the continents would have been become isolated by the higher ocean levels.

Travel over water or even through the air can also account for how some other organisms got to remote places like Easter Island and Hawaii. This explains how different organisms could have become isolated, like the marsupials in Australia. During the Ice Age, they moved to where they are, and after the ocean levels rose, they were isolated. This isolation allows recessive traits to be expressed. It also allows certain animals to live in the absence of predators. Today, when an invasive species is introduced into an area, it often takes over the native species.

Dr. Jeanson speculates that the DNA differences required to produce all of the variation in a family of organisms were present in the male and female of all of the kinds of animals on the ark (and also in the first created pair). That would account for the diversity that we see today. He also remarks that similarity in body structure is not proof of evolution from a common ancestor. 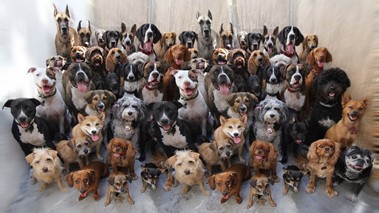 In Part II of Replacing Darwin Made Simple, Dr. Jeanson answers some typical question from skeptics. One of the biggest criticisms of creation science is that it is not testable since you cannot redo the six days of creation. Incidentally, that is also why you cannot extrapolate back to the time before the end of the sixth day of creation using the laws of natural science because those laws were not in operation during the supernatural creation week. That makes the Big Bang Theory untenable, as well as evolution between animal kinds (since all the kinds/families of organisms were necessarily created independently). However, Dr. Jeanson notes that testable predictions regarding mutation rates and the rate of the appearance of new species have shown that the young-earth scenario of only thousands of years since the global Flood is supported by the evidence.

One of the major errors of creationists living at the time of Darwin was in thinking that all of the animal species seen at that time were created directly by God in their then locations. Darwin rightly criticized that idea, and we now know that only the different kinds/families had to be on the ark, and that migration could have gotten them to where they lived later.

In Traced – Human DNA’s Big Surprise, Dr. Jeanson further develops the idea of a biological clock by examining Y-chromosome data taken from men around the world. Not only is the idea of a recent creation/Flood supported by the evidence, but the history of humanity is recorded in the DNA of living men. There is a comment from Ken Ham on the front of the jacket cover of the book that says: “Dr. Jeanson has found the Rosetta Stone of human history.” The original Rosetta Stone was the inscription in Greek and Egyptian which allowed hieroglyphics to be read.

The major finding documented in this book is that there is a molecular “clock” visible in the human Y-chromosome, which is only passed through males, and which has an accumulated record of genetic mutations. This clock “ticks” by recording mutations in DNA, which occur at a relatively constant rate. Mitochondrial DNA, which is passed through the female, also demonstrates this feature, although it has more statistical noise making it less precise.

Since DNA mutations are passed down to offspring, the accumulated number of mutations accounts for the total number of ticks of the clock. The difference in mutations between two individuals indicates the time that has passed since they had a common ancestor, given a constant mutation rate, which turns out to be about three per generation. The one common ancestor of all men living today is Noah, who had three sons. 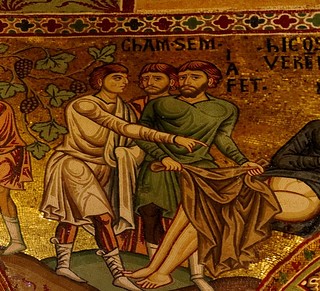 The differences in the Y-chromosome between males around the world are relatively few and occur in groups called haplogroups. The different haplogroups can generally be associated with geographical location, certain physical characteristics, and even language. Although the DNA data from only a relatively small number of men has been examined, a fair amount of information can be derived from it, including migration patterns.

The effect of mountain ranges and bodies of water on migration patterns can be detected in the distributions of haplogroups around the world. The world population “explosion” starting in the 1400’s becomes apparent, as well as the wholesale population decline of native Americans shortly after the time of Columbus. Even the effects of the slave trade of the 1500’s through the 1800’s can be seen. Data from more men would serve to complete the picture of human history.

The break from one haplogroup into another one (or several) can also be determined by comparison of individual mutations in the Y-chromosome. The type of variation indicates which branch of the haplogroup “tree” that you are in, while the number of variations indicates how far back in time the common ancestor existed. It turns out that all men living today can be “traced” back to one of the sons of Noah in this way. The book even traces the descendants of the sons of Shem who are recorded in the book of Genesis.

Although the history recorded in the Y-chromosome of men living today is discernable, branches of the tree of human history that have not survived, or exist only in very small numbers, are not detectable. Even with that, a relatively complete history of humanity can be compiled. For example, even though certain haplogroups can be correlated with particular men in the Bible, the ancestors of native Americans are not directly identifiable. However, using the process of elimination using the data that exists, Dr. Jeanson identified native Americans as descendants of Shem.

Ancestral stories of native Americans crossing a land bridge through the Bering Strait are described in the book.  Patterns of migration evident in the haplogroups are consistent with the known cradles of civilization and their time periods. It is known that the oldest civilizations started in Mesopotamia, Greece (Troy), the Nile River Valley, the Indus River Valley, China, and Mesoamerica. Everything we know is consistent with Biblical history and dates. A list of all the currently known haplogroups with their Biblical lineage and geographic origin and history is given in the book. If you take a DNA test that reveals haplogroup, you can identify yourself with that. A maternal uncle of mine took such a test which indicated haplogroup J2, which is from Noah’s son Japheth and originated in the Middle East. That is consistent with genealogical data that traces our family back to Chaldea.

Dr. Jeanson’s Traced and Replacing Darwin books are very informative and give a scientific explanation of the type and distribution of organisms, especially man, that we see today that is compatible with a literal interpretation of the book of Genesis. That should give Bible believers a boost of confidence in knowing that their faith is based on reality. Such confidence is desperately needed to survive the times of terrible confusion that we are living in today.