Introduction to Back to Eden Gardening

The liturgical readings for the Easter season normally recall the experiences of the first Catholic communities, as recorded in the Acts of the Apostles.  In the account of Cornelius the Centurion in Acts Chapter 10.  St. Luke tells us that Cornelius was told by an angel to summon St. Peter to instruct him.   Meanwhile, the Lord prepared St. Peter for this encounter with a gentile through a vision, and the Holy Spirit confirmed that St. Peter should go to see him.  When St. Peter preached to Cornelius and his household, St. Luke relates that the Holy Spirit descended on them in the same way that He had descended on the Apostles at Pentecost and that they began to praise God. This was a sign to St. Peter that he should baptize them and receive them into the Church.

Today, as has been true throughout the Christian era, there are many souls outside of the Catholic Church who are sincerely seeking the Lord.  Many who receive the Word of God as what it truly is—the Divine Word—are blessed with great insights, only awaiting the visit of some ambassador of St. Peter to enter into the fullness of grace in the Catholic Church.  A Cornelius figure who has heard the Word of God and believed but who as far as I can tell has not yet met St. Peter’s ambassador is Paul Gautschi.  Paul is a master gardener and arborist who has learned his greatest gardening lessons by meditating and praying on the Holy Scriptures.  I strongly encourage all the visitors to this website to watch the “Back to Eden” documentary at this link http://www.backtoedenfilm.com/ and to ponder Paul’s testimony. Perhaps some of you will even experiment with Paul’s “Back to Eden” method of gardening as the members of the Le Grelle Family have done on their land near Auckland, New Zealand!

One of the points the film drives home is that children need a connection to God’s creation to be happy and healthy.  If possible, every family with children at home should have a garden and farm animals.  I am convinced that Darwinian evolution could never have gained traction until a significant part of the populace—especially the educated elite—had been cut off from the land and from their oral traditions.  Christian civilization thrived where these two things co-existed within the context of the Catholic Faith.  But men who are cut off from the wonders of God’s creative handiwork in living plants and animals by city living, and from their own ancestral history through total dependence on written or electronically encoded information—such men can be led to believe all kinds of things that contradict the common testimony of their ancestors and the principles of common sense.

On this page Annie and Marian Le Grelle and other members of the Le Grelle Family will record their experiences with Back to Eden gardening in words and photographs for the benefit of visitors to our website.  If you are interested in contacting them about starting or maintaining your own Back to Eden Garden, you can contact them through this website or by emailing me at howen@shentel.net

Our Back to Eden Garden

It is late summer, early autumn, in New Zealand. We've enjoyed sharing the Back to Eden story with everyone who will listen and have had some success with giving food away. It is always gratifying to hand somebody a squash or beans which have been grown on blessed land. There has been a drought here unfortunately which is why it is so amazing that our garden grew at all given the minimal care it receives of a visit for tending about once a fortnight. We still managed to harvest juicy corn and potatoes. The pumpkins and squash grew anyway because the chips kept out the weeds and retained moisture. The big lesson this year was: plant early because only the early planted crops grew well. The rows we tried to plant in succession to allow a staggered harvest simply didn't grow well. As soon as it is safe to plant to trees we will be planting cherry trees which like our climate.

Our Back to Eden Garden is just beginning with a single strip of garden which has blackberries, raspberries, and one bed of broccoli.  We missed the time to plant the fruit trees so we will wait for next year for that.  In the meantime, we will plant corn, squash, and beans which are called the three sisters and other plants. 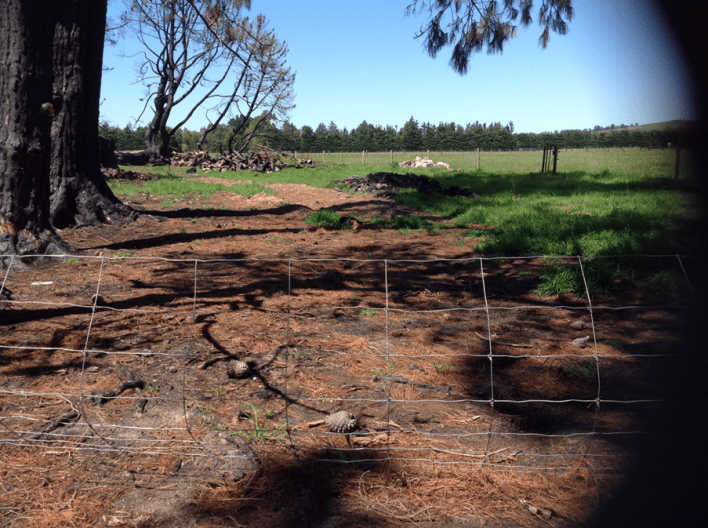 The progress we have made so far is having a large rectangle of land with a line of pine trees through the middle fenced off.  We've found a free source of wood chip from a local tree service and are waiting for our second load to be delivered to our house in town.  The strip in the middle is our first line of newspaper, soil, and wood chip.  The local city newspaper donated newspaper to us as we are a school.  After the wood chip is dumped in our driveway in town, we load it into our trailer and dump it in a line right next to our first strip of newspaper.  Then we cover with 3-4 inches of soil and 3-4 inches of wood chip which is easily moved on top.  This is the easiest way we have found so far. 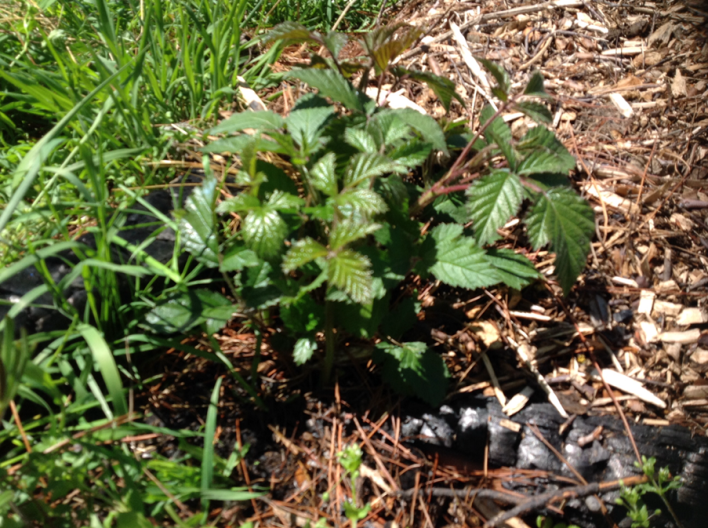 Below is our first bed which we've planted in broccoli because it was time to plant broccoli for a late summer harvest. 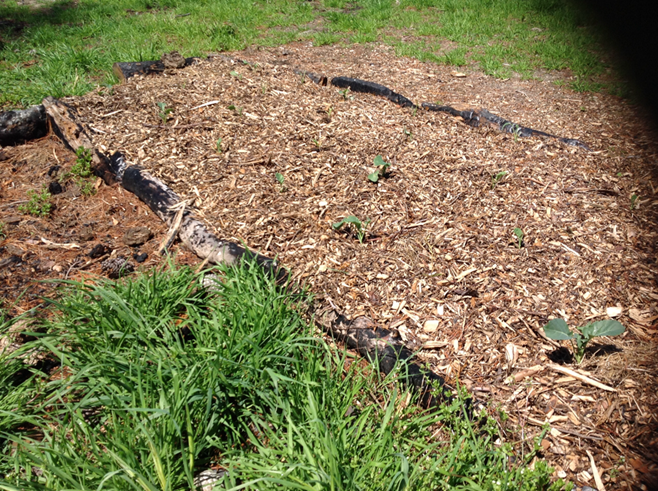 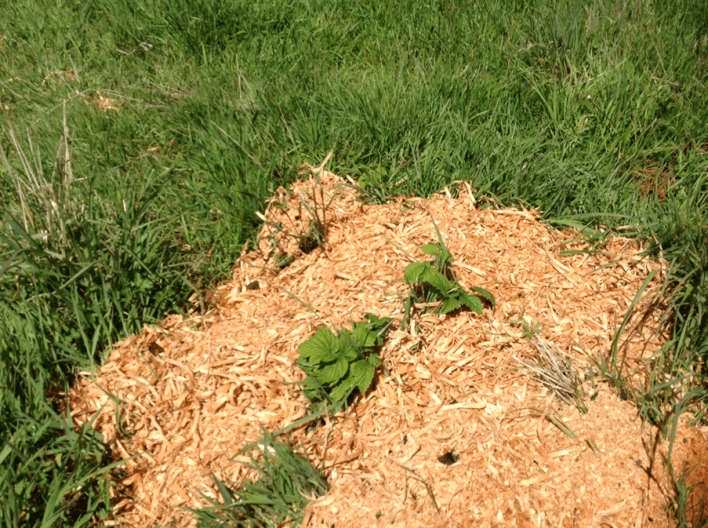 In the picture above you see an area of our land that has blackberry which will either be a blessing or a problem.  We plan to cultivate them by keeping them pruned and covered in wood chip.   Two year old raspberries are also in the fenced off area, and we will be working on establishing a trellised row of them over time.  The grass has taken off now that it is spring so there is a lot of work ahead of us.

WORLD PREMIERE: HOW THE WORLD WAS MADE IN SIX DAYS – INTRODUCTION