In God’s Providence, the Kolbe Center was incorporated on the feast of the Immaculate Conception, December 8, in the Jubilee Year 2000.  This date—selected by government workers in Richmond, Virginia—could not have been more appropriate for several reasons.

It has long been a principle of traditional Catholic philosophy, with its roots in the philosophy of Aristotle, that what is “first in the order of intention is last in the order of execution.”  Thus, the form of the completed Pieta existed in Michelangelo’s mind form the moment he began to work, but that completed form was the last thing that he actually produced through his labor. In the same way, man, made in the perfect image and likeness of the Incarnate Word, was the culmination of the entire work of Creation, but the last kind of creature that God actually created.   Since Eve was created from Adam’s side, we could say that in a special way God summed up in her the beauty and perfection of the entire universe. So good and beautiful were Adam and Eve when they came forth from God’s hands that He rested in them, and “His delight was to be with the children of men.”

But what shall we say of the Immaculate Conception?  If the “first Eve” was perfectly good and beautiful in body and soul at the moment of her creation, how much more was the “New Eve” perfectly good and beautiful from the moment of her Immaculate Conception?  When we contemplate the beauty of the Blessed Virgin Mary our Mother as She is revealed, for example, in the tilma of Guadalupe, we see a reflection of the beauty and goodness of the entire universe when it came forth from God’s hands.  Indeed, it would be blasphemous to suppose that the Son of God took His Flesh and Blood from a tainted vessel, just as it would be blasphemous to hold that God evolved the body of Adam through a process of hundreds of millions of years of death, deformity and disease.  It is fitting that Saturday has long been observed as a special day in honor of our Blessed Mother, because every Saturday commemorates the first Sabbath rest of the Lord, when God rested in His perfectly good, harmonious, and beautiful creation.  This rest was brought to perfection with the Immaculate Conception when Jesus came to rest in Mary’s womb, and it continued throughout Our Lady’s life, until her Assumption into Heaven, body and soul, where it will last forever.

1) He was an expert in theology, philosophy, and natural science, the three branches of knowledge that we bring to bear on the origins debate.

2) He upheld the centrality of mankind in creation, as when he wrote: "For me you made the sky scattered with stars . . . and all the beautiful things on the earth."

3) He recognized the evil of freemasonry, communism, and Nazism, all ideologies that depend on evolutionary ideas.

4) He recognized that the theological and philosophical errors of modern times could only be exposed and overcome by a spiritual awakening--and that this could only come about through the intercession of the Blessed Virgin Mary.

5) Through his proclamation of the Immaculate Conception, the Second Eve, St. Maximilian restored to the faithful an awareness of the exalted holiness of the first Eve, and, so, recalled the original holiness of the first created world--a doctrine which is quite incompatible with theistic evolutionism. St. Maximilian also recognized that the Blessed Virgin Mary could only be the Immaculate Conception because Adam and Eve were special creations—and that the title the Immaculate Conception refuted theistic evolutionism which holds that Adam and Eve were immaculately conceived in the womb of an evolved chimpanzee or that their bodies evolved through a process of hundreds of millions of years of death, deformity and disease.

6) While St. Maximilian seems to have been open to long ages in the development of stars, galaxies and the solar system, he did not subscribe to theistic evolutionism or to long ages of biological evolution.  He wrote:

I do not believe that the universe was formed by chance, out of just any sort of material, because up to now no machine has ever been able to put itself together by pure chance, not even a simple watch; still less is any machine capable of producing another like itself, while living beings have been reproducing themselves for thousands of years.

I do not believe that chimpanzees or Darwin’s other little pets will ever rival us in building airplanes or producing other inventions, because among them we find no progress.  After so many centuries they have not even succeeded in writing the modest history of monkeydom’s progress. (emphasis added) (St. Maximilian Kolbe, O.F.M.  Conv. Mugenzai no Seibo no Kishi (October 1933, pp. 313-315).

I cannot believe that man is only a perfect monkey.  This is the question of evolution . . .   A mountain of acute criticisms has been published on this subject; but the more books they write the more complicated the problems grow.  This theory not only does not agree with the results of today’s experimental science, which is in constant progress, but in reality it contradicts these findings, as has been carefully documented (St. Maximilian Kolbe, O.F.M.  Conv. Mugenzai no Seibo no Kishi (July 1934, pp. 194-197).

7) St. Maximilian believed in using the latest technology for evangelization while living a life of extreme simplicity and poverty.  This is also our ideal.

8) Adolf Hitler testified that the real motive behind the National Socialist (NAZI) movement was evolution. In his Table Talk of October 24, 1941, he stated:

There have been humans at the rank at least of a baboon in any case for 300,000 years at least. The ape is distinguished from the lowest human less than such a human is from a thinker like, for example, Schopenhauer (https://www.csustan.edu/history/was-hitler-influenced-darwinism ).

Hitler’s concentration camps served as convenient centers for the liquidation of “inferior races.” At Auschwitz, St. Maximilian offered his life in place of a Polish husband and father who had been condemned to death. Thus, St. Maximilian Kolbe died in a starvation bunker, a victim of applied evolutionary theory.

In short, these are the main reasons why we have adopted St. Maximilian Kolbe as our principal patron, after the Immaculate Conception herself.

Kolbe Center for the Study of Creation 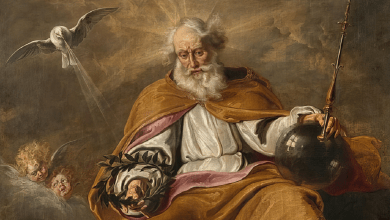 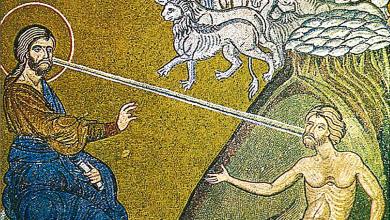 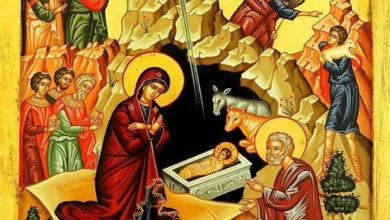 December 14, 2021
Check Also
Close
WORLD PREMIERE: HOW THE WORLD WAS MADE IN SIX DAYS – INTRODUCTION