Here in the Shenandoah Valley we are beginning to experience fall colors - an explosion of yellow, pink, and red leaves of all shapes and sizes. For the student of the traditional interpretation of Genesis this time of year has a special significance, since the most ancient tradition of interpretation tells us that the world was created in Eden's autumn. In his Chronology of the Old Testament, Floyd Nolen Jones explains: 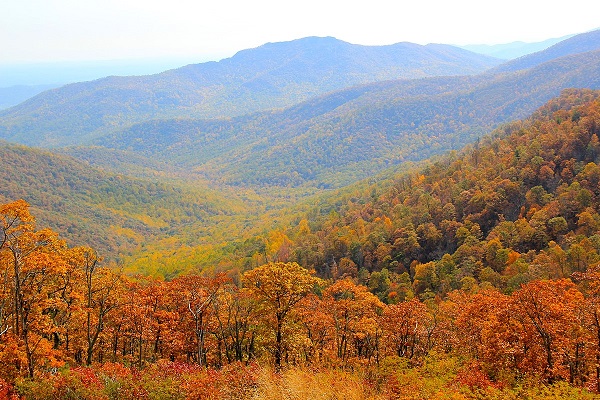 Until God told the Jews to change their calendar at the time of the Exodus, the beginning of their year had been in the autumn (Exo. 12:2; 13:4; cp. 9:31; and 23:15). The month which they designate "Tishri" (September-October) had been their first month whereas "Abib" (Hebrew meaning "first ear of ripe grain," March-April) had been their seventh month. The current arrangement of the Jewish calendar, with its civil year beginning in Tishri and its religious calendar beginning in Nisan, is a vestigial reminder finding its root in this God-given decree. As many of the Old Testament books were written while the Jews were in Babylonian captivity, these latter books used the Babylonian (word for Abib which is "Nisan." Thus in Scripture, both Nisan and Abib signify the same month   From the historical account of the plagues of Egypt in the cited verses, the departure occurred in the early springtime. Thus the Hebrews changed their calendar by calling Abib their first month whereas it had been their seventh and Tishri, formerly their first month, became their seventh.

The question that focuses upon the solution is: before God told the Hebrews to alter their calendar so that their seventh month would become their first month, why had these people of God chosen the fall for the beginning of the year? Logic demands that they were merely continuing that which had been handed down as tradition from generation to generation from the time of Adam. As proof of such a propensity among these people attention is called to the fact that the first chapter of Genesis records ["there was evening and there was morning, one day"] In point of fact the Jews still begin their 24 hour day at evening, having obviously obtained the idea from the Creation account and continued it down through the centuries. Therefore, [Jones speculates using the Biblical data] the creation occurred at eventide (about 6:00 P.M.) near 1 October in the fall of the year BC 4004. 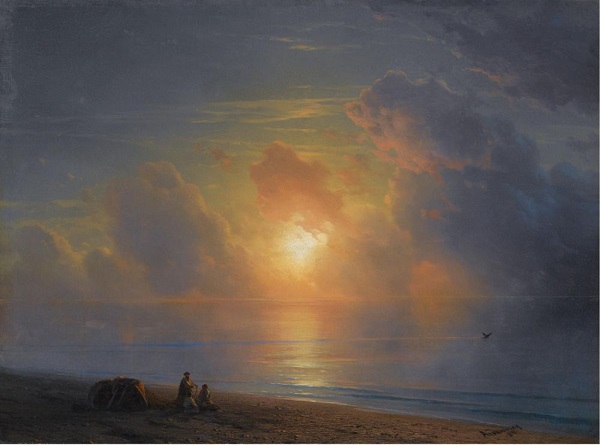 Contrary to the conventional wisdom which attributes the authorship of Genesis to scribes who lived after the Babylonian Captivity, the Genesis account of the Flood records the onset of the Deluge in the "second month" (Marheshvan), counting from Tishri (Genesis7:11), showing that the ancient Patriarchs recalled the beginning of Creation in Tishri, in the autumn, centuries before Moses. Echoes of this ancient tradition can still be found in the Jewish celebration of the New Year and the anniversary of Creation in September and in the Byzantine Liturgy which celebrates September 1 as the first day of the year, and the anniversary of the creation of the world.

St. Basil the Great was so confident of the absolute truth of the inerrant chronological information contained in the Bible that he wrote that if one rightly assembled all of the Biblical data one could determine the "very day" on which creation week began. Acknowledging that a fluent Aramaic speaker could rightly interpret the idioms used in the first chapters of Genesis, St. Basil looked to the deacon St. Ephraim for a trustworthy exegesis and deferred to his interpretation. St. Ephraim in his turn emphasized that "yom" or day in Genesis one could only mean a 24-hour day, and he highlighted the maturity of the first created things at the beginning of time.

God commanded the earth to bring forth at dawn grass and herbs of every kind and all the various fruit-bearing trees [Gen. 1:11, 12]. Although the grasses were only a moment old at their creation, they appeared as if they were months old. Likewise, the trees, although only a day old when they sprouted forth, were nevertheless like trees years old as they were fully grown and fruits were already budding on their branches . . . The grass that would be required as food for the animals who were to be created two days later was thus made ready. And the new corn that would be food for Adam and his descendants, who would be thrown out of Paradise four days later, was thus prepared . . . Just as the trees, the vegetation, the animals, the birds, and even mankind were old, so also were they young. They were old according to the appearance of their limbs and their substances, yet they were young because of the hour and moment of their creation. Likewise, the moon was both old and young. It was young, for it was but a moment old, but was also old, for it was full as it is on the fifteenth day (St. Ephraim, On Genesis, Section I). 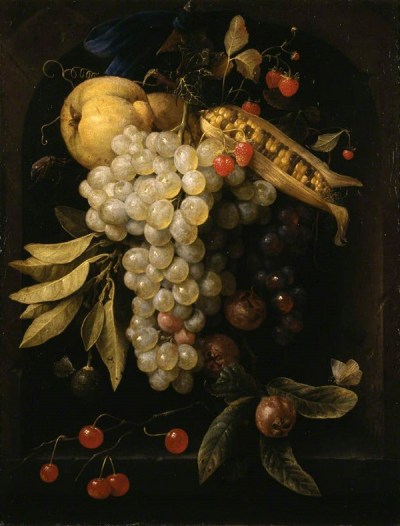 But why would God create the world and Eden in an autumnal condition?

The answer highlights a fundamental flaw in the arguments routinely offered by Catholic intellectuals against the traditional Biblical chronology of the world. They hasten to point out that such and such a structure would take millions of years to form at today's rates of change, forgetting that the first of each kind of creature and the whole world-system could only exist with relative autonomy if it were first created, whole and entire, as a complete system. The autumnal condition of Eden at its first creation highlights the fact that God had to make a complete, mature, and fully-functioning creation for our first parents and for the plants and animals entrusted to their care, or they would not have been able to survive at the natural level. That is why God created Adam a mature man, and his help-mate Eve, from his side, a mature woman, on a fully-functioning Earth in a fully-functioning solar system. And that is why God surrounded our first parents with mature plants and animals, and with trees already bearing fruit as they have continued to do in the autumn, year after year, ever since.

As those of us who live in parts of the world that now experience autumn enjoy the splendors of the season, let us thank Him again and again that He made this whole world for us - in view of the Incarnation and the Immaculate Conception of our Most Pure Mother!

P.S. Our friend Helen Dickey has written a wonderful pamphlet entitled "DNA, Fairy Tales, and Chance" that can even be used to evangelize agnostics and atheists. You will find it at this link at the bottom of the column of handouts. It may take a minute or two to download, depending on the speed of your internet connection.

P.P.S. Today is a First Saturday. Our Lady of Fatima explained the Five First Saturdays to Sr. Lucia dos Santos, one of the Fatima visionaries, on Dec. 10, 1925, in the following way: