We have often reflected on the inspired account of the young man St. Daniel the Prophet and his defense of the chaste bride Susanna, falsely accused and sentenced to death by corrupt elders, as a type of the faithful young Catholic men whom God is raising up to defend and restore the true Catholic doctrine of creation as the foundation of the Faith. A great example of a contemporary Daniel is Joseph Gedney, who with his whole family has done so much to defend and promote the traditional Catholic doctrine of creation and even to expose the humorous follies of evolutionary mythology with the video series "Darwin's Documentaries." After months of original research and reflection, Joseph has written an invaluable contribution to the study of St. Augustine's writings on the sacred history of Genesis. Entitled "St. Augustine Rediscovered," Joseph's fascinating article lays to rest once and for all the myth of St. Augustine the proto-theistic evolutionist. It was posted today and can be read on the Kolbe website at this link.

On Wednesday, Catholics of the Latin Rite celebrated the great Feast of Our Lady of Guadalupe, and, once again, I would like to share some reflections on how the encounter between Our Lady and St. Juan Diego and the miraculous creation of her Image on the tilma parallel and bear witness to the original work of creation. 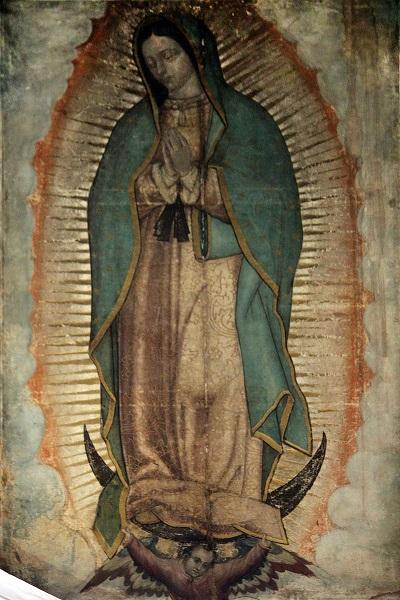 The account of the first encounter between Our Lady of Guadalupe and St. Juan Diego recalls to all who hear it the first perfection of the universe. Just as Adam and Eve were "naked but not ashamed," because, as the Church Fathers tell us, they were clothed in glory; so, when St. Juan Diego first encountered the New Eve, Our Lady of Guadalupe, She radiated light like the sun and was clothed in glory. And just as, in the first created world, the rocks, plants, and animals shared in the glory that radiated from our first parents, Adam and Eve, so, when Our Lady first appeared to St. Juan Diego, the birds sang with unspeakable beauty, and the glory that radiated from Her penetrated the rocks, the plants, and all of her natural surroundings, so that they shared in her glory. 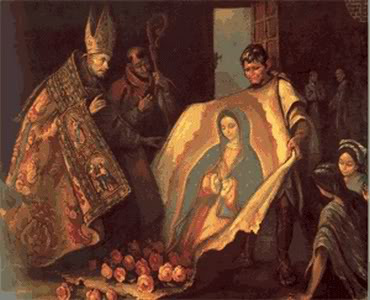 Yours in Christ through Our Lady of Guadalupe,

P.S. Joseph Gedney's wonderful article "St. Augustine Rediscovered" highlights the immense treasure that Catholics possess in St. Jerome's Vulgate translation of the Bible, as St. Augustine's deviations from the overwhelming majority view of the Church Fathers on the meaning of "day" in Genesis One can be traced to his dependence on a faulty Latin translation of the Book of Genesis. Joseph's article also highlights what a treasure English-speaking Catholics possess in the Douai-Rheims Bible, as it retains the correct translations of key passages in the Book of Genesis which most other translations have abandoned - passages that appear to rule out a straightforward literal interpretation of Genesis 1-3 unless they are translated correctly. If you do not own a copy of the Douai-Rheims translation of the Bible, we strongly urge you to obtain one through the Kolbe web store.