Later this month, we will be offering seminars in Kansas (March 22-26), Colorado (March 27) and New Mexico (March 29-31). If you have friends or relatives in those states who would be willing to help us publicize our events, please let me know and I will give you the information you need.

The Archbishop of Madrid recently called for penance for sins against the Earth, sounding a note that has been heard more and more frequently in recent years from Church leaders around the globe.   Catholic youth all over the world are being taught to think of the Earth as their mother and to imbibe the notion that "the earth does not belong to us; we belong to the Earth." But this slogan simply serves as one more example of the diabolical disorientation of our times, since it inverts the right order of things that God established from the beginning of creation.

All of the Apostles, Fathers, Doctors, Popes and Council Fathers in their authoritative teaching held that God created everything for us in our first parents. Indeed, God created everything in six days to give us the pattern and rhythm of a happy, healthy, holy life, and He had no interest in creating stars, planets, plants or animals apart from us. All of the Fathers and Doctors knew this and would have considered the whole idea of long ages in which stars, planets, plants and animals existed without mankind totally bizarre. In the sacred history of Genesis Moses makes clear that stars, planets, plants and animals were created for man's sake, and while man is expected to be a good steward of God's creation, he is not subordinated to the Earth, to the cosmos, or to any other creature - only to God. 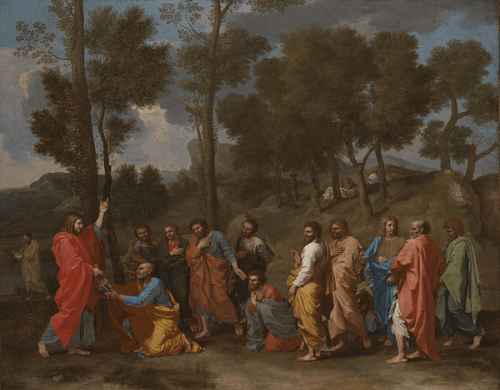 This understanding of creation has profound implications for our understanding of the Kingdom of God and of our role in extending God's Kingdom in our every-day lives.   When we understand that God created everything for us - in view of the Incarnation and the Immaculate Conception - and that through the Original Sin Adam lost his original dominion over creation and became subject to Satan, we can understand that Our Lord Jesus Christ, the last Adam, had to regain that original dominion for us by His Passion, death and Resurrection, and that through the Holy Spirit in the Church He empowers us to restore all things in Him, "taking back" dominion over all things for God.

As soon as we understand this truth, we come face to face with our responsibility to overthrow the kingdom of Satan and to extend the Kingdom of God through every one of our thoughts, words and actions, not separating the "mundane" aspect of our life from the "spiritual" aspect in gnostic fashion. With this understanding, we can recognize that every time we make a purchase, for example, we are either extending or undermining the Kingdom of God. If we have a choice to purchase a commodity or a service from a faithful Catholic or from someone who promotes the anti-culture of death, and we choose to buy from the anti-Catholic vendor because his price is a little better or it is simply more convenient to purchase from him, we are undermining the Kingdom of God.

One of the many evil effects of embracing theistic evolution or progressive creation is that both of these errors condition children to believe that the Earth, stars, planets, plants and animals existed for anywhere from tens of millions to billions of years before the first humans evolved; and this error, in turn, conditions them to think of themselves as peripheral in the cosmic scheme of things, an afterthought in God's plan for the universe. Yet nothing could be further from the truth! From Genesis to Revelation, God's inerrant Word drives home the truth that we are the apple of His eye and the reason why - in view of the Incarnation and Immaculate Conception - everything else exists. 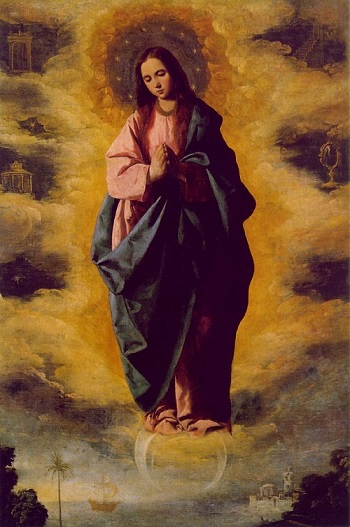 I recently had the privilege of interviewing Kenyan obstetrician Dr. Wahome Ngare who has helped to revive an association of Catholic scientists in his country to conduct natural and physical science and medical research and practice on a truly Catholic foundation. The Kenyan Catholic Doctors Association has invited several members of the Kolbe Center advisory council to speak at their annual conference in October and their association is poised to become the first professional association of Catholic doctors in the world to reject evolutionary pseudo-science and to put medical research and practice on a proper Christian foundation. I encourage you to listen to the interview (especially from minute 20:00), to see how Dr. Ngare argues for a "kingdom vision" in accordance with which Catholics deliberately build up the Kingdom of God through all of their economic and social activity.

One of the greatest drains on the resources of the traditional Catholic community around the world is the cost of higher education which literally siphons off tens of millions of dollars from the Kingdom of God into the coffers of institutions most of which are hell bent on destroying the last vestiges of Christian civilization and building a godless secular humanist New World Order. It is high time that faithful Catholics followed Dr. Ngare's cue and began doing an end run around these godless institutions and developing our own ways of educating and training our youth so that we can keep them and the rest of our precious resources out of the kingdom of Satan and inside the Kingdom of God.

Indeed, it is not only secular humanist colleges and universities that undermine the Kingdom of God. Almost all of the Catholic colleges and universities in the western world teach the principal dogma of secular humanism - molecules-to-man evolution - as if it were a proven fact. In this way, they join forces with the godless secular universities in teaching students to embrace what St. Pius X in his encyclical Pascendi called "the principal doctrine of the modernists," thus weakening the foundations of their faith and making them vulnerable to all kinds of attacks on their moral and spiritual lives.

One of the ways that the Kolbe Center has tried to put this "Kingdom vision" into practice has been to transfer the processing of donations and web store payments from Paypal, a leading sponsor of the anti-culture of death, to Cornerstone, a Christian company. If any of our readers run or help to administer organizations that process donations or online payments through Paypal, please contact me so that I can refer you to the right people at Cornerstone to see what they can do for your organization. In recent years, we have worked with Kolbe supporters all over the world to develop a plan for a global network of traditional Catholics that can educate and professionally train its young people within the network thus keeping our precious resources within our community and withdrawing support from the monstrous engines of secular humanism and the anti-culture of death. If any readers of this newsletter are interested in working with us to realize this vision, please write to me at howen@shentel.net and I will be happy to share more of the details of our plan and invite you to join with us in prayer and action to bring it to fruition.

P.S. We are formulating a plan for a dramatic outreach to the public near the Smithsonian Institution in Washington, D.C., this spring, to expose the evolution fraud and to proclaim the truth of Creation and of Our Lord's Life-giving Passion, Death and Resurrection. If any of our readers would be willing and able to come to Washington, D.C. for a day or two in April or May to participate in this project, please send me an email at howen@shentel.netIf you live too far away to commute to the venue but would like to participate, we can find you a place to stay at our home in Virginia or with another family closer to Washington, D.C. We will need at least a dozen volunteers to justify obtaining the necessary permit from the Department of the Interior so that we can carry out our plan successfully.