Today is Lazarus Saturday in the Byzantine Catholic tradition.  On this day, we remember the greatest miracle that Our Lord Jesus Christ worked prior to His own Passion, Death and Resurrection—the instantaneous raising to life of the going-on-four-days-old decaying corpse of His friend Lazarus by His mere Word: “Lazarus, come out!” 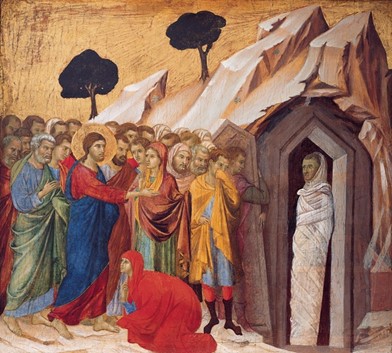 It is remarkable that any Catholic who believes in St. John’s straightforward account of this miracle could have trouble believing in the creation of Adam from the slime of the earth or of Eve from Adam’s side.  The disorganized matter of Lazarus’s corpse had no more potential to become a living body than the slime of the Earth had the potential to become the body of Adam.  In both cases, it was only the divine power of God that could use the available matter to make a living human body. Yet all over the world, in Catholic schools, universities and seminaries, students are taught that from the moment of the alleged Big Bang to the ensoulment of an evolved ape with a human soul 13.7 billions years later, life and every kind of living thing “evolved” through the same kinds of material processes that are going on now.

“Things Have Always Been the Same from the Beginning of Creation”

For many years, the Kolbe Center has pointed to this situation as a fulfillment of St. Peter’s amazing prophecy in 2 Peter 3 where he predicts that “in the last days” scoffers will arise and say that “things have always been the same from the beginning of creation” thus ignoring the “fact” that it was the Word of God that brought the heavens and the Earth into existence in the beginning and not a natural process like a supernova explosion.  Some critics have questioned our interpretation of this prophecy because it was not explained in this way explicitly by the Church Fathers and Doctors.  However, this is not so surprising since all of the Fathers and almost all of the Doctors of the Church lived before the rise of Enlightenment philosophy and the Evolution Revolution.

Recently, one of the members of our advisory council found a commentary by the great seventeenth century Belgian Jesuit exegete Fr. Cornelius a Lapide on St. Luke’s Gospel 18:8 which states: “But yet the Son of man, when He cometh, shall He find, think you, faith on earth?” Amazingly, Lapide’s commentary draws a direct link between the rise of uniformitarian naturalism and 2 Peter 3.

Shall He find faith—perfect faith, that is; faith formed by certain confidence (fiducia) and charity. “This,” says S. Augustine (tract xxxvi), “is scarcely found on earth, for the Church of the faithful is full of imperfect faith, and is, as it were, half dead.” For only a perfect faith strengthens a man to pray always, and to overcome all tribulations bravely.  Christ Himself explains it so in Matthew (24:12), saying, Because iniquity hath abounded, the charity of many shall grow cold.  But he that shall persevere to the end, he shall be saved.

This will happen more especially at the end of the world, before the coming of Christ to judgment, when men shall eat and drink and give themselves over to pleasure and think not of the judgment, as Christ said, (Luke 17:26 ff).  Thus Bede says that when Christ appears, the number of the elect shall be very small, indeed, at that time many will not have the orthodox faith.  For there shall arise false christs and prophets and shall show great signs and wonders, insomuch as to deceive (if possible) even the elect (Matthew 24:24)  And as S. Peter says in his second epistle (3:3-4),  In the last days there shall come deceitful scoffers, walking after their own lusts, saying: Where is his promise or his coming?  That is, they will deny that Christ is coming to judgment, even when His coming is near at hand; and they give their reason:  For since the time that the fathers slept, all things continue as they were from the beginning of the creation. As if they had said, “Nature has made the world: the same Nature continues to guide the world along the same course, and always will continue it. Therefore, there is no God to put an end to it: no Deity who will judge our works, and punish them.” 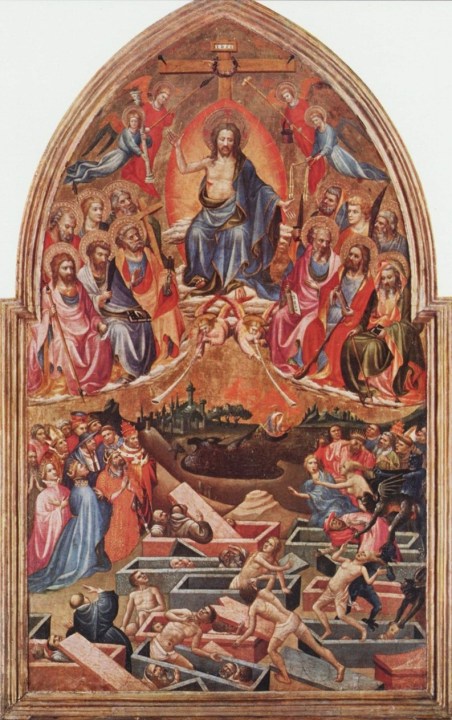 As one of the Church’s greatest post-Tridentine commentators on Holy Scripture, one who knew all of the Biblical languages and who was familiar with all of the greatest commentators in Hebrew, Latin and Greek, Lapide was equipped to see the fulfillment of 2 Peter 3 in the uniformitarian naturalism that was already being proposed by Rene’ Descartes and his disciples in Lapide’s lifetime.

As we enter into Holy Week with Our Lord, let us pray intensely for the multitudes who have been brainwashed from birth to believe that “Nature has made the world; the same Nature continues to guide the world . . . Therefore, there is no God to put an end to it . . . who will judge our works and punish them.”  But let us do so with joyful confidence that He who raised Lazarus from the dead can restore His Church.

Finally, I do not want to sign off without sharing one of the most beautiful chants in the Byzantine Liturgy, “Rejoice, Rejoice, O Bethany” which is traditionally sung on Lazarus Saturday.  You can listen to a wonderful recording at this link while reading the words below:

P.S.  We are looking for a company or an individual who is capable of doing voice overs in Spanish for our DVD series “Foundations Restored.”  If you or someone you know would be willing and able to do this, please send me an email at howen@shentel.net and let me know.

P.P.S. Our eighth annual leadership retreat will almost certainly take place at the Apostolate for Family Consecration headquarters in Bloomingdale, Ohio, from August 22-28, 2021.  The retreat is open to all Catholics (and their families) who are committed to advancing the mission of the Kolbe Center in their spheres of influence.  If you would like more information about the schedule, facilities, and suggested donations for the retreat, please email me as soon as possible at howen@shentel.net.