I am writing to you from Albuquerque, New Mexico, where Dr. Kevin Mark, Dr. Thomas Seiler (via Skype) and I gave a seminar on the campus of the University of Mexico yesterday. Prior to yesterday's seminar, biologist Miss Pamela Acker, Mr. Edward Bagonza from Uganda, and I had given presentations in St. Mary's, Kansas, before Edward and I dropped Pamela at the airport and gave presentations in Kansas City, Missouri, and Littleton, Colorado, before driving from Littleton, Colorado, to Albuquerque, New Mexico, to pick up Dr. Kevin Mark, the head of the Kolbe Center in Canada. From there we drove to Mora, New Mexico, for a two-day seminar at the parish of St. Gertrude the Great, led by two wonderful priests of the Society of Our Lady of the Most Holy Trinity, before finally arriving in Albuquerque for yesterday's seminar.

Our seminar on the UNM campus was poorly attended, but Our Lord has shown us over and over again that He is not interested in crowds, but in souls. In this instance, we were blessed by the presence of Fr. Stephen Imbarrato, of Red Rose Rescue fame, who offered opening and closing prayers and attended most of the seminar. Fr. Imbarrato has become an enthusiastic champion of the traditional Catholic doctrine of creation, and he now promotes the work of the Kolbe Center whenever he can. Deo gratias! I encourage readers of this newsletter to read his testimony at this link. 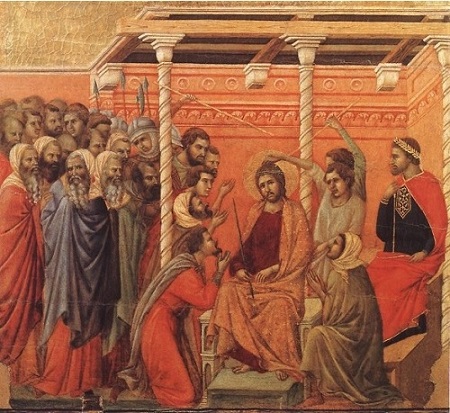 The last talk at yesterday's seminar was entitled "Clergy Abuse: Cause and Cure," in which we made the argument laid out in the article of the same name published in the Journal of the Fellowship of Catholic Scholars in Canada that clergy sexual abuse had its roots in theological abuse of future bishops and priests. Indeed, this theological abuse began in the 20's and 30's, and accelerated in the 40's and 50's, as generations of seminarians were taught that Genesis 1-11 was a myth, that the Church had been wrong in her teaching on creation, that the Bible was not inerrant except in matters of faith and morals, and that human science had "enlightened" Church leaders so that they could finally interpret Genesis correctly and understand how God actually brought the first human beings into existence.

This false teaching inverted the right order of knowledge, elevating fallible human science above the Church's teaching on faith and morals as it had been handed down from the Apostles. Once this theological abuse of future priests and bishops had been accomplished, it was easy for the devil to dupe many of those charged with the direction and formation of future priests into embracing the evolution-based pseudo-science of Freud, Kinsey, and their disciples, thus creating a "scientific" rationale for giving into the temptations against chastity that the devil and his minions have always used to attack priests, religious, and seminarians. 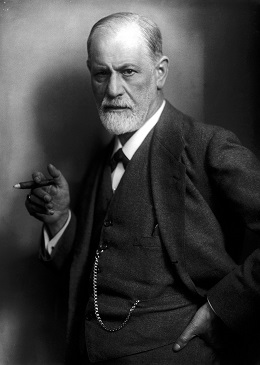 If only the gentleman had stayed on, by God's grace we might have helped him to see that "one man for one woman for life" could only have been the rule for everyone if the Original Sin had never taken place, but that we live in a fallen world in which the vocation to the celibate priesthood or religious life is the highest vocation and the one most conducive to the highest sanctity. Indeed, in his magnificent essay on "The Perfection of Our First Parents According to St. Thomas Aquinas," Fr. Thomas Crean, O.P., explains the teaching of the Angelic Doctor on this topic: 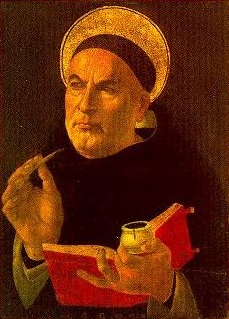 Part of the perfection of the human species, of course, is that it should exist both as male and female. So the angelic doctor writes: "Just as the diverse grades of things pertain to the perfection of the universe, so the diversity of sex pertains to the perfection of human nature." Similarly he argues that an equal number of male and female children would have been born if mankind had remained unfallen, so that all those unfallen human beings would have exercised their power to procreate, monogamy of course being assumed.

Please join me in praying a Memorare that our distraught friend will not - in the words of some dear priest-friends - allow those who have committed spiritual murder to drive him to commit spiritual suicide. Indeed, the presentation on "Clergy Abuse: Cause and Cure" underscored the often-neglected truth, that the first Victim of sexual abuse is always Our Lord Jesus Christ, since He suffers with and for the victimizer and the victim in every act of abuse, going so far as to give Himself into the hands of His priests on the altar, even when they have polluted them with the most heinous crimes against the most vulnerable of His children. Let us pray that our distraught friend and those who share in his frantic disorientation, will realize that Our Lord Jesus Christ will never leave His Church, no matter how sinful His representatives may be, and that to abandon His Church is not only to commit spiritual suicide but to inflict yet another wound on the Sacred Heart of Jesus and the Immaculate Heart of Mary.

P.S. We are formulating a plan for a dramatic outreach to the public near the Smithsonian Institution in Washington, D.C., on Sunday afternoon, May 19, to expose the evolution fraud and to proclaim the truth of Creation and of Our Lord's Life-giving Passion, Death and Resurrection. If any of our readers would be willing and able to come to Washington, D.C. for a day or two in May to participate in this project, please send me an email at howen@shentel.net If you live too far away to commute to the venue but would like to participate, we can find you a place to stay at our home in Virginia or with another family closer to Washington, D.C. We will need at least a dozen volunteers to justify obtaining the necessary permit from the Department of the Interior so that we can carry out our plan successfully.