In traditional Catholic theology, the principle of lex orandi, lex credendi (the "law of praying is the law of believing") holds that theological doctrines enshrined in the ancient liturgical prayers of the Church testify to the truth of those doctrines because in the sacred liturgy "the Holy Spirit is the teacher of the People of God" (CCC, 1091). One of the most powerful arguments for a literal interpretation of "day" in Genesis 1 is the testimony of the sacred liturgy.  The Catholic Church contains some 22 Churches with at least eight different liturgical traditions, and all of them incorporate a rhythm of worship based on a literal interpretation of "day" in Genesis One.

Fundamental to the liturgical rhythm of the whole Church is the principle that the liturgical day begins in the evening and lasts until the following evening.  This rhythm can be traced back to Jewish liturgical practice, but it is firmly rooted in God's revelation to Moses in Genesis One: "There was evening and there was morning, one day."  This is explicitly stated in Byzantine Daily Worship, the official prayer book of the Melkite Greek Catholic Church, which explains that "Ecclesiastical day begins at sunset in accord with Genesis: '. . . and there was an evening and morning, the first day.' Therefore Vespers, or the Order of the Evening, is the first hour of the Holy Office."

The tradition of beginning the new day with evening prayer or Vespers is a continual, daily memorial of the primordial division of time into 24-hour days, beginning in the evening, and a reminder that God established the rhythm of day and night and of the week, primarily for our spiritual benefit.  In the Maronite Liturgy, the day-night cycle is explicitly traced back to the first day of Creation when God created the light:

Lord God, our Creator, all living things adore You, and every creature exalts Your only Son.  Through You all things came into being.  On the first day, by Your command, you separated light from darkness; the resplendent day appeared in the world, which You had made out of love for Adam, image of Your majesty and sign of Your eternal love (from First Sunday after Epiphany, Ramsho (Evening), Sedro (part of the Hoosoyo).

The writings of the Fathers express their conviction that it was appropriate to gather for solemn worship on Sunday not only because it was the day of the Resurrection, but also because it was "the first day of creation."  Indeed, the Gospel of John calls Sunday "the first day of the week" for this very reason (John 20:19).  Writing in the second century, St. Justin Martyr described the Sunday observance of the early Church: 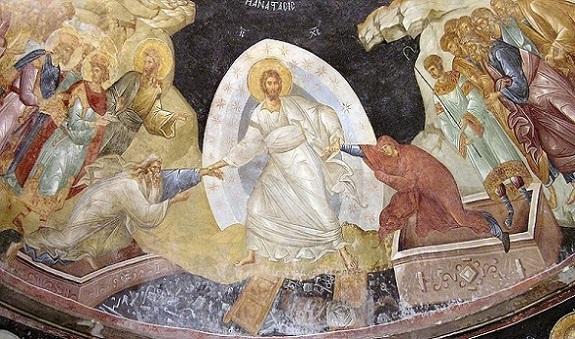 According to St. Gregory the Theologian, fourth century Patriarch of Constantinople:

Just as the creation begins with Sunday (and this is evident from the fact that the seventh day after it is Saturday, because it is the day of repose from works) so also the second creation begins again with the same day [i.e. the day of the Resurrection] (emphasis added).

The strong link between the original creation and the "new creation in Christ" also stands revealed in the ancient Liturgy of Antioch.  According to the 1994 Catechism, the Syriac Office of Antioch includes the following prayer:

When we ponder, O Christ, the marvels accomplished on this day, the Sunday of your holy Resurrection, we say: "Blessed is Sunday, for on it began creation" (emphasis added) (Fanquith, The Syriac Office of Antioch, Vol. VI, first part of Summer, 193 B. (CCC, 1167). 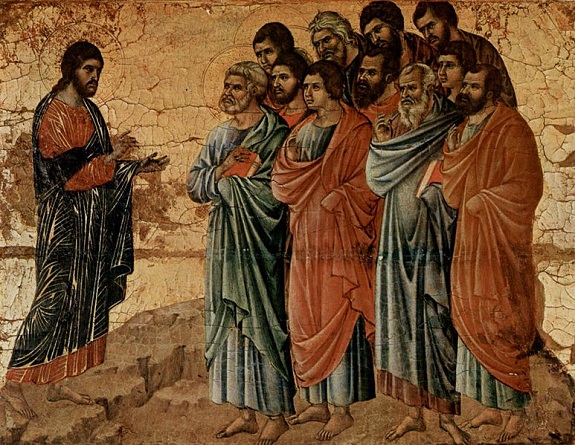 How sad that religious men and women whose lives ought to be most intimately united to the sacred rhythms of Creation Week and Holy Week now for the most part see no connection between their sacred schedules of prayer and work and the actual work of God in the beginning by which He established them. In next week's newsletter, we will explore a fascinating link between a recurring miraculous sign pointing to the Resurrection of Jesus on Holy Saturday night - the beginning of Sunday - and the message of Our Lady of Fatima whose feast we celebrate today. Until then, I remain

P.S. We have had to re-schedule our evangelization project in Washington, D.C., to Sunday, June 9, to expose the evolution fraud and to proclaim the truth of Creation and of Our Lord's Life-giving Passion, Death and Resurrection. If any of our readers would like to come to Washington, D.C. to participate in this project on the new date, please send me an email at howen@shentel.net