Christ is ascended into Heaven!

Recently, I was invited to speak at a Latin Mass Parish in a diocese that requires annual re-education in a certified child safety program.  I completed the three-and-a-half hour on-line class so that I will be able to give the scheduled presentation—I have included an itinerary at the end of this newsletter—but the content of the class brought home to me the way that a naturalistic outlook has come to dominate the way that the leaders of our Catholic institutions approach medical and social problems.  Since this naturalistic outlook flows directly from an abandonment of the traditional understanding of creation in favor of an evolution-based world-view, I would like to share some of my observations and reflections on the training I received.

The Church is a “Perfect Society”

Although the focus of the entire training was the protection of children from sexual abuse, the only reference to God and to the spiritual dimension of the cause and cure of child sexual abuse was provided by the “facilitator” in his opening and closing prayer.  The rest of the training focused on the nature of child sexual abuse, how it is carried out, and what can be done to prevent it.  The steps to prevent abuse mainly involved external actions that could be taken, but almost nothing was said about God and about the spiritual means that He has provided through His Church to protect children from physical, moral and spiritual harm.   According to the traditional teaching of the Church, beautifully articulated by Pope Leo XIII in Immortale Dei, the Church is a “perfect society.”  This does not mean that all the members of the Church are morally perfect.  It means that the Church Herself, through her Sacred Liturgy, her Sacraments, her defined doctrines, her hierarchical structure, and her Saints, possesses everything that She needs to provide for the spiritual needs of her children.  She does not need the help of the state. 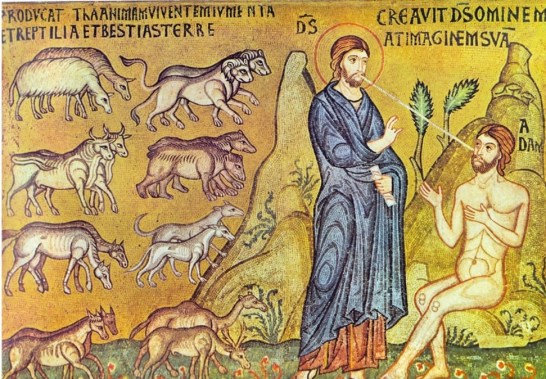 However, when one looks at the Church through a naturalistic lens, it becomes difficult to think of Her as a “perfect society.”  Similarly, when one thinks of the origin of man and the universe as something that can be explained in purely naturalistic terms, it is hard not to think of human beings as mere animals.  And when one believes in the evolution of the human body from lower life-forms, the very foundations of the natural law are eroded if not destroyed.  This is because the direct creation of Adam and Eve testifies to the divine complementary design of man’s and woman’s bodies and exposes homosexual relations as sins against nature.  The denial of direct creation leads to a rejection of the very notion of a stable human nature and a natural law.

By teaching that it is a “myth” that homosexuals are more likely to sexually abuse children than heterosexuals—whatever the statistics may say—the program exposed one of the fatal flaws in its approach to the scourge of child sexual abuse.  I say this because the natural law and the constant teaching of the Church agree that only sexual relations open to life in the context of a life-long marriage between one man and one woman are holy and pleasing to God.  Any other kind of sexual activity is disordered—and homosexual relations are doubly disordered because they are directly contrary to nature.  By failing to teach clearly the sinfulness of any use of sexuality outside of a life-long marriage between one man and one woman open to life, the program makes it impossible to equip children and adults with the truth that they need to protect themselves against assaults on their purity from within or without.  By failing to clearly teach that homosexuality is wrong, the program seems to suggest that sexual activity outside of marriage between one man and one woman open to life is not a serious evil, unless it involves adults manipulating or forcing children to engage in it.  This is a grave error.  In reality, clear teaching on the evil of all sexual activity outside of life-long marriage open to life constitutes an essential part of the foundation that every Catholic young person needs to maintain his purity. 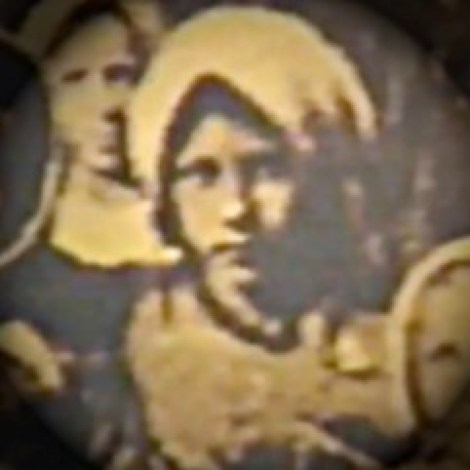 This is believed to be an actual photograph of St. Maria Goretti

The Saints Lead Us to Safety

The importance of such teaching can be seen in the lives of young saints who died for purity, like St. Maria Goretti or Blessed Laura Vicuna.  St. Maria’s primary concern when she resisted the sexual advances of her cousin Alessandro was not to offend God—not only on her part, but also to keep Alessandro from offending God.  As she lay dying of the multiple stab wounds inflicted upon her by her cousin, she remained focused on obtaining God’s forgiveness for him and his conversion.  Blessed Laura Vicuna incurred the wrath of her mother’s live-in boyfriend because she knew that her mother’s relationship with him was so offensive to God.  Blessed Laura felt this so keenly that she asked her confessor for permission to offer her life for her mother’s conversion.

These young people did not need elaborate programs to protect their purity.  They needed to know the unadulterated truth of the Church’s teaching on sin, grace, and Holy Marriage, and they needed the sacraments and the habit of prayer to be able to maintain themselves in the state of grace.  When efforts to protect children from sexual abuse are divorced from a complete, coherent and consistent catechesis, especially in regard to the direct, divine institution of Holy Marriage and the Sixth and Ninth Commandments, the roots of sexual sin will never be eradicated from our communities.  The failure to hand on the Church’s teaching on holy marriage is reflected in opinion polls which show that the vast majority of Catholics in the United States see nothing wrong with practicing birth control, with fornication before marriage, or even (by smaller majorities) with “same-sex marriage.”  Those who hold such views cannot understand or communicate the horror of separating sexuality from holy marriage or the unitive from the procreative dimension of the marital union.

Another elephant in the room during my child safety training was the failure of our Church leadership to defend the marriage bond.  Our facilitator mentioned “live-in boyfriends” as being statistically more likely to sexually abuse children than husbands and fathers of intact families.  What he did not mention was the way in which the annulment on demand culture in most Catholic dioceses in the United States has contributed to the destruction of families and to an explosion in the number of “live-in” boyfriends (and girlfriends) in the wake of that destruction.  In many of our dioceses, a dissatisfied spouse can separate from his or her wife or husband without the canonically required permission of the local Bishop and the abandoned spouse will usually be told that his spouse may divorce him in civil court before the diocesan Marriage Tribunal will make a determination on the validity of their sacramental marriage.  As Bai Macfarlane demonstrates on her website “Mary’s Advocates,” a faithful adherence to the Church’s canon law, in light of the Church’s traditional teaching on Holy Marriage, would greatly reduce the number of “live-in” boyfriends (and girlfriends) who have access to vulnerable Catholic children. 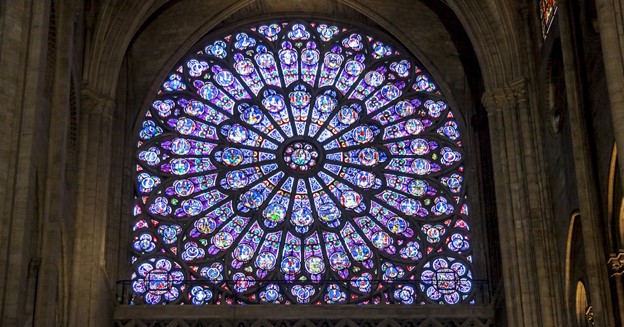 Complete Catechesis and the Restoration of Catholic Culture

Only a complete traditional catechesis for adults and children can correct the false beliefs and attitudes that allow an anti-culture of sexual sin to spread, victimizing children and vulnerable adults.  On that foundation of truth, an authentic Catholic culture of life will flourish, with its traditional standards of modesty, its emphasis on courtship (rather than dating), and its cultivation of the good, the true and the beautiful in the arts, especially music, which do so much to maintain an atmosphere of purity in the home, in the school, and throughout society.  In such an atmosphere, Catholics young and old will be re-sensitized to the reality of the supernatural and preternatural realms.  Children will learn to continually invoke the prayers and protection of Our Lady, St. Joseph, their Guardian Angels and the Saints, especially their patron saints.  Families will make good use of the sacramentals blessed by the Church, especially exorcised Holy Water, the Holy Rosary, Holy Icons, the Brown Scapular, the Miraculous Medal, and the St. Benedict’s Medal.  Parents and children alike will learn once again how to put on “the whole armor of God” and to put the demons to flight—especially those directly involved in orchestrating the plague of child sexual abuse. And, lest anyone think that this kind of culture is no longer viable, I can testify that it actually exists in a number of traditional Catholic parishes, such as Our Lady of Lourdes Traditional Latin Mass Personal Parish in Park Hills, Kentucky.

The lives of the saints are filled with testimonies to the protective power of sacramentals too numerous to mention, but I will end with one famous account from the life of St. John Vianney, the patron saint of parish priests. A young lady went to confession to the Cure of Ars, and before she began her confession, Saint John Vianney said to her, “Remember a few days ago in the ballroom a good-looking young man who danced with all the girls but you? And you felt ashamed? And remember you saw sparks coming off his feet when he left? Know that it was the devil in human form, and the only reason he didn’t dance with you is because you were wearing the Scapular. Thank the Blessed Mother for that.”  Of course, blessed sacramentals do not obviate the need for prudence on the part of parents, teachers, and guardians, but they do confer a powerful grace of protection upon all who use them devoutly.  How many children might have been saved from victimization by sexual predators if they had been consecrated to the Immaculate Heart of Mary, enrolled in the Brown Scapular of Our Lady of Mt. Carmel, and clothed with blessed sacramentals!

Through the prayers of the Mother of God, of St. Joseph, and of all the Saints, especially St. Maria Goretti and Blessed Laura Vicuna, may the Holy Ghost grant to all Catholics a complete knowledge of the Faith, a self-forgetting Love for God and neighbor, and a willingness to embrace death rather than sin.

P.S.  Between May 19 and May 26, I will give two presentations in Texas and two in Tennessee.  If anyone who lives somewhere near the route between Mt. Jackson, Virginia, and Dallas, Texas, would still like to host a presentation, it is possible that I could stop somewhere between Dallas and Nashville, Tennessee, on Monday, May 24.  We refuse to let Coronamania keep us from spreading the true Catholic doctrine of creation in every way that we can.  And, speaking of Coronamania, please be sure to read Pamela Acker’s reply to one of her principal critics if you have not already done so, as it appeared on LifeSiteNews.