The liturgical readings for the Easter season normally recall the experiences of the first Catholic communities, as recorded in the Acts of the Apostles.  In the account of Cornelius the Centurion in Acts Chapter 10, St. Luke tells us that Cornelius was told by an angel to summon St. Peter to instruct him.   Meanwhile, the Lord prepared St. Peter for this encounter with a gentile through a vision, and the Holy Spirit confirmed that St. Peter should go to see him.  When St. Peter preached to Cornelius and his household, St. Luke relates that the Holy Spirit descended on them in the same way that He had descended on the Apostles at Pentecost and that they began to praise God. This was a sign to St. Peter that he should baptize them and receive them into the Church. 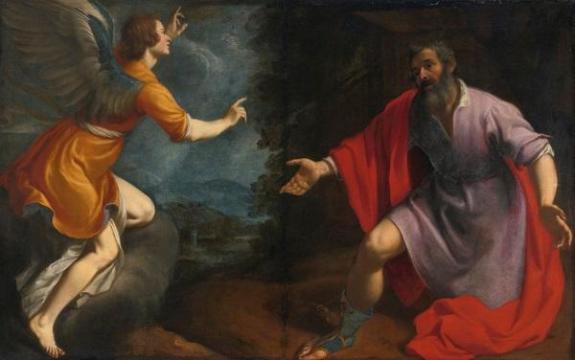 Today, as has been true throughout the Christian era, there are many souls outside of the Catholic Church who are sincerely seeking the Lord.  Many who receive the Word of God as what it truly is - the Divine Word - are blessed with great insights, only awaiting the visit of some ambassador of St. Peter to enter into the fullness of grace in the Catholic Church.  A Cornelius figure who has heard the Word of God and believed but who as far as I can tell has not yet met St. Peter's ambassador is Paul Gautschi.  Paul is a master gardener and arborist who has learned his greatest gardening lessons by meditating and praying on the Holy Scriptures.  I strongly encourage all the visitors to this website to watch the "Back to Eden" documentary at this link and to ponder Paul's testimony. Perhaps some of you will even experiment with Paul's "Back to Eden" method of gardening as several of our readers in various parts of the world have done.

One of the points the film drives home is that children need a connection to God's creation to be happy and healthy.  If possible, every family with children at home should have a garden and farm animals.  I am convinced that Darwinian evolution could never have gained traction until a significant part of the populace - especially the educated elite - had been cut off from the land and from their oral traditions.  Christian civilization thrives where these two things co-exist within the context of the Catholic Faith.  But men who are cut off from the wonders of God's creative handiwork in living plants and animals by city living, and from their own ancestral history through total dependence on written or electronically encoded information - such men can be led to believe all kinds of things that contradict the common testimony of their ancestors and the principles of common sense. 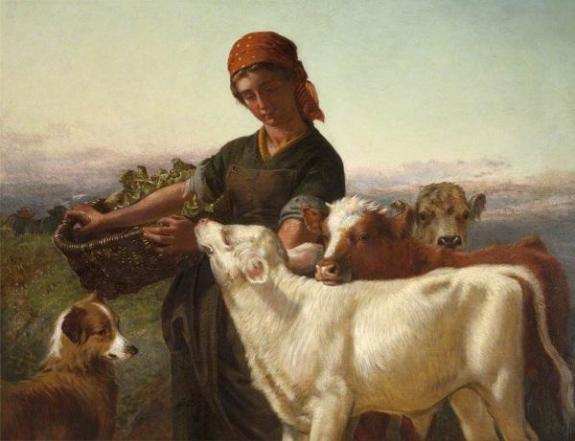 An organic family garden also contributes greatly to good health, from the exercise involved in planting, maintaining, and harvesting the fruits of the earth, but also from the superior quality of home-grown fruits and vegetables - even in comparison to store-bought organic produce. The family garden also provides a measure of "food security" in the event that wars, natural disasters, epidemics, or civil unrest disrupt the normal food supply chain. If you would be interested in communicating with one of our members who has experience with Back to Eden Gardening, let me know and I will be happy to introduce you by email.

Since we have moved our leadership retreat to Our Sorrowful Mother's Ministry Retreat Center in Vandalia, Illinois, on August 23-29, my wife and I will be driving through West Virginia, Pennsylvania, Ohio, and Indiana to get there, and we could easily make a stop in Kentucky as well. If any of our readers would like to organize a Kolbe presentation or seminar in any of those areas, either immediately before or after the retreat in Vandalia, please let me know as soon as possible.

P.S. We are still praying that a Catholic young lady between the ages of 15 and 25 will be inspired to want to play the part of Venerable Maria of Agreda in the play that my wife Maria will direct with the children at the retreat - for the glory of God and the good of souls. If you know of someone who would be right for the part, please encourage her to contact us, if she is of age to do so on her own behalf, with her husband's or father's blessing, or if she is still living in her father's house, please encourage the whole family to consider attending the retreat. I am asking this now because whoever plays the part of Venerable Maria will have quite a few lines to learn and would do well to begin learning them before the retreat.