I spent my formative years in a secular humanist milieu in which the sacred dogma of evolution was so sacrosanct that one knew without being told never to question it.  Consequently, the teachers who were the chief custodians of this dogma rarely had to defend it and the least hint of skepticism was usually aborted with a quick dose of sarcasm and ridicule.  This indoctrination succeeded so thoroughly with me (as it did with most of my generation) that I was in my mid-thirties, a good fifteen years after my conversion to the Catholic Faith, before I received the grace to challenge the sacred dogma.  With each passing day it becomes more apparent that the Emperor of Evolution is not wearing any clothes, and that the day is fast approaching when the vox populi will expose his nakedness in an indignant chorus.

A couple of years ago, a major secular newspaper in a southern state solicited authors to take part in an editorial debate on whether students in public schools should be exposed to evolutionary and creationist explanations for the origins of man and the universe or should be given only the evolutionary explanation.  I was one of a number of authors who entered the running to represent the former view; presumably, the editors received a number of responses from evolution-believing authors eager to demonstrate the obvious superiority of the latter view.  After I was chosen to write the pro-creation column, I was given a strict word limit and allowed two weeks to complete it before New Year's Day.  I submitted the column on New Year's Eve and was assured that it would run as soon as the editors had received the pro-evolution column.  Nine months later, I contacted the editor only to be told that the journalist in charge of that column had resigned and that the project had been cancelled.

I do not know the exact circumstances that led to the aborting of our op-ed debate, but I can say that this incident follows a consistent pattern.  Again and again, we are accused by secular humanists and fellow-Catholics of being ignorant fundamentalists, but when we respectfully offer to publically debate the defenders of atheistic or theistic evolution, the result is almost always the same.  Silence.  For ten years, the Kolbe Center has posted a debate challenge, and in ten years we have only had ONE team of theistic evolutionists accept the challenge, in a debate held in the hall of the Catholic cathedral of Lexington, Kentucky, two years ago.

We much prefer to present and defend the traditional Catholic doctrine of creation in a seminar rather than in a debate, and allow people to decide for themselves where the truth lies.  But we are willing to go anywhere in the world to hold a public debate on the following proposition:

Be it resolved that the traditional Catholic doctrine of special creation - the fiat creation of all of the different kinds of creatures by God for man less than ten thousand years ago - is a much better explanation of all of the facts of Sacred Scripture, Sacred Tradition, Magisterial teaching, and natural science than theistic evolution - the view that God used hundreds of millions of years of evolutionary processes to evolve the bodies of the first human beings. 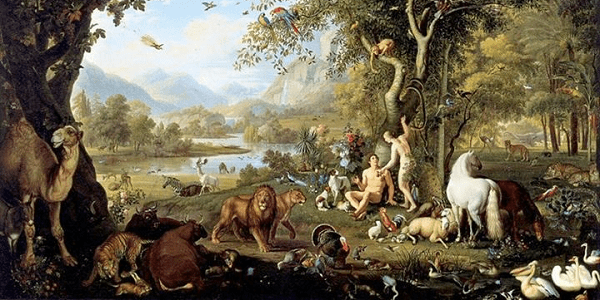 If you or someone you know can organize a debate on this proposition in your area, with a theological and a natural science specialist speaker on each side, please let me know.  We will be happy to participate, to the end that the exhortation of Pope Pius XII in Humani generis may finally be heeded, and the pros and cons of the evolutionary hypothesis may be carefully examined in the light of the Deposit of Faith, the traditional philosophy of the Church, and the natural science evidence.

Below I have pasted the column that was accepted for publication but never published for the op-ed debate that never happened.  I hope that the ideas it sets forth - many of which were suggested by Dr. Thomas Seiler - may be useful to you, if and when you find yourself confronted by a similar challenge.

From Indoctrination to Education in the Study of Origins

Throughout the United States, students are indoctrinated into evolutionism - the belief that molecules turned into human beings through billions of years of purely material processes.  Meanwhile, creationism - the idea that a supernatural Creator brought the universe into existence from nothing by acts of His Divine Will - is excluded. The proper teaching of creationism along with a scientific assessment of the evolutionary hypothesis would allow students to be educated rather than indoctrinated in regard to origins and would contribute greatly to their spiritual and intellectual well-being.

Defenders of the evolutionary world-view claim that molecules-to-man evolution is empirical science while creationism is a religious belief.  In reality, both ways of explaining the origin of the universe are philosophical conclusions but it is creationism which draws its conclusion from empirical science while evolutionism draws its conclusion from a religious presumption, namely materialism. The non-empirical basis underlying the evolutionary story of the universe is the dogma that material processes governing the structures and functions of all physical and biological objects are also the cause of the emergence of these objects.   On the other hand, the Christian philosophy regarding origins is based on a purely empirical and reasonable approach. It holds that observational data show that natural objects do not come into existence through natural processes. From this, it draws the rational and necessary conclusion that a supernatural Creator brought the universe into existence by acts of His Divine Will.  Students should be given a fair opportunity to evaluate the reasonableness of these two approaches.  If this were done, they would realize that the Christian philosophy is the rational one.

According to evolutionary speculation, students are told that molecules organized themselves into nucleotide letters to form genetic programs in a language far more sophisticated than anything that Microsoft has produced.  Students are told that the code that directed molecular machines in one-celled organisms to build and maintain those organisms changed through copying errors into the code that directed molecular machines to build and maintain the various kinds of multi-celled organisms that could crawl on land, fly in the air, and, eventually, walk upright, think and speak like human beings!  If the evolutionary assumption were true, we should see countless evolving, half-finished constructions in nature and in the laboratory.  But we do not.  The examples given to students in textbooks are misleading. One of the most widely-touted examples is Lenski's e. coli experiments.  Students are told that since one group of e. coli mutated and developed the ability to feed on citrate in an oxygen-rich environment, this demonstrates the "evolution" of a new function.  In reality, the e. coli already had the ability to metabolize citrate in an oxygen-free environment, so the "new" function was actually a LOSS of a switching on and off function - specifically the partial loss of the bacteria's ability to regulate its metabolism. In other words, this and all other such observations always demonstrate a reduction of genetic diversity and not in one single case an increase of functional complexity as would be needed to call evolution "science." 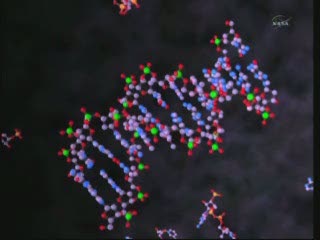 While natural processes always proceed from order to disorder, increases in functional information always result from the activity of an intellect and a free will.  There are no exceptions to this rule.  Unlike evolutionary speculation, the Christian account of origins respects this rule.  God the Supreme Being used His intellect and Will to create the different kinds of organisms, programming their genomes so that they could perform various functions and, in a very limited way, even adapt to changes in their environments by switching on and off pre-programmed morphologies.  Dictionary.com defines "science" as "systematic knowledge of the physical or material world gained through observation and experimentation." By this definition, the Christian philosophy of origins is based on genuine science, in contrast to evolution.  Allowing students to evaluate competing explanations of origins would result in a better educated and less materialistic citizenry.

Tragically, within the Catholic community today indoctrination in so-called theistic evolution takes place almost everywhere, and many Catholic teachers enforce this new pseudo-orthodoxy by censorship, sarcasm, and ridicule, rather than by open dialogue or debate.  With the help of your prayers and financial support, by God's grace we will eventually ensure that every Catholic young person has at least one opportunity to hear a good defense of the traditional Catholic doctrine of creation in his or her formative years.  If you would like to contribute to the marketing of the 16-part DVD-series that we are striving to get ready for distribution during the next three months, and if you have not already contributed, please go to the Kolbe website and sign up to make a recurring or a one-time donation.

P.S.  Dr. Thomas Seiler and I will be in Uganda from August 16-August 29 before going to Europe.  If anyone would like to host a Kolbe seminar in a Middle Eastern or European venue between August 29 and August 31, or between September 4-6, before Greg Clovis and I visit Ireland, please let me know as soon as possible.  Greg and I would also be able to give a Kolbe seminar anywhere in the UK between September 10 and September 13 before giving a seminar in the Liverpool area on September 14 before I return to the United States.

P.P.S. We still expect to be granted a new permit for our outreach to the public near the Smithsonian Institution in Washington, D.C., on Sunday, July 28, to expose the evolution fraud and to proclaim the truth of Creation and of Our Lord's Life-giving Passion, Death and Resurrection.  If any of our readers would be willing and able to come to Washington, D.C. to participate in this project, please send me an email at howen@shentel.net